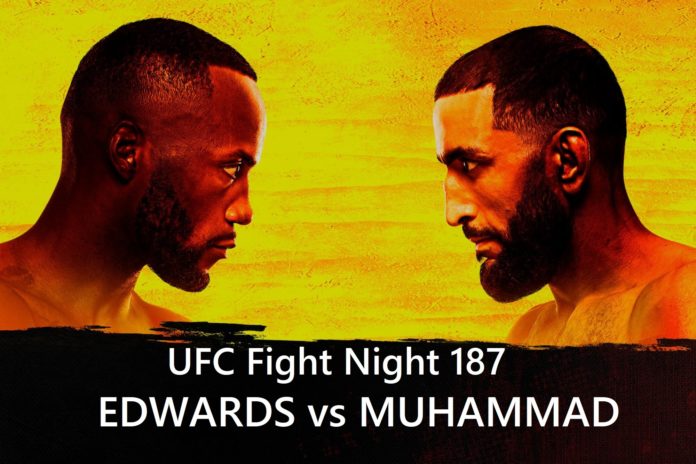 Question: if a fighter is really boring but really good, how long will it take said fighter to get a title shot? We’re finding out that answer in real time with No. 3 welterweight Leon Edwards. The man has won eight straight fights in a loaded welterweight division, but is continually overlooked in the title conversation.

Case in point: the UFC couldn’t even find a dude ranked in the top 10 to headline a card opposite Leon Edwards this Saturday. No disrespect to Belal Muhmmad, who has won eight of his last nine (against some pretty mediocre conversation), but you’re telling me that you couldn’t throw Wonderboy, Michael Chiesa or even Neil Magny into the cage with Muhammad? Edwards is coming off a win over Rafael dos Anjos and is now facing a guy ranked even lower.

It’s not totally Edwards’ fault. Sure, he went from being a knockout puncher (not joke) to being a grinder that would make Jake Shields and Jon Fitch proud. But nobody wants to fight the guy either. Why would they? It has to be infuriating to be suffocated an entire fight. Opponents might not take any physical damage, but taking that L could seriously hurt whatever momentum they were riding.

How is Edwards supposed to earn that title shot if contenders aren’t stepping up against him? Beating Muhammad doesn’t get him there, and he’s putting his entire contender argument at risk against a guy that’s a pretty tough out. Muhammad has to realize he could leap into the top 5 with a big upset here.

So how likely is that upset? For context, UFC odds at BookMaker opened with Edwards as a big favorite, and you can get close to a 2-1 payout on Muhammad. Let’s break down the matchup and get to your best online bets.

This is a fair price. There are tons of reasons to lean on “Rocky” here, starting with the fact that he’s beaten a much, much better level of competition than his opponent. While you can’t say he’s faced a murderer’s row, Vicente Luque and Rafael dos Anjos are top 10 guys. Bryan Barberena, Gunnar Nelson and even Albert Tumenov are underrated.

Muhammad isn’t facing scrubs, but he doesn’t have a signature win. Beating guys like Tim Means, Randy Brown and Dhiego Lima isn’t nothing, but doesn’t exactly inspire confidence that he can hang with the big boys.

Edwards is physically far more athletic than the plodding Muhammad. So while his striking rate pales in comparison to Muhammad’s, his speed advantage should keep him out of trouble. And it’s not like Edwards is lost on the feet either – that punching power is still lurking in him somewhere. If things really aren’t going his way, then he can always drag this fight to the mat and ride it out from the top.

Part of the reason Edwards has no fans is that he almost always goes to decision. During this current streak, he’s only finished two of his eight opponents – and one of those literally came in the last second of the last round. Muhammad has an identical 18-3 record as Edwards and goes to decision at an even higher rate. Finishing is not really his strong suit.

Edwards has never been stopped, and Muhammad has only been knocked out once. Betting the decision prop is way too expensive to consider, so take a gamble on the Edwards to win by his usual methods. You’ll net a better payout than taking him to win straight up.