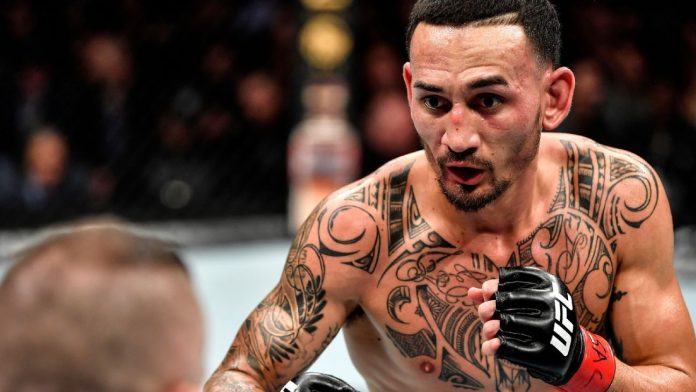 Max Holloway and Calvin Kattar are coming to primetime. In case you missed it, this Saturday’s UFC Fight Night is on ABC – not ESPN, not ESPN+, but network television that doesn’t even require a cable subscription. You’ll be able to watch top-notch MMA on the same channel that shows Dancing With the Stars. Gotta love that Disney-ESPN-ABC connection.

The UFC was smart to feature these dudes: this should be an all-out banger. Both Holloway and Kattar are strikers first, second and third – there’s zero chance that all the casuals watching will be treated to draining grapplefest. Holloway wins by coming forward and burying opponents in an avalanche of strikes. That “death by a thousand cuts” method never gets old – and it’s fun to marvel at the freaky cardio that the Hawaiian possesses. Kattar is one of the best pure boxers in the UFC, so you can expect to see plenty of crisp, powerful combinations when he returns fire.

Throw ‘em in the cage together and we might see a record set for strikes landed in a matchup. 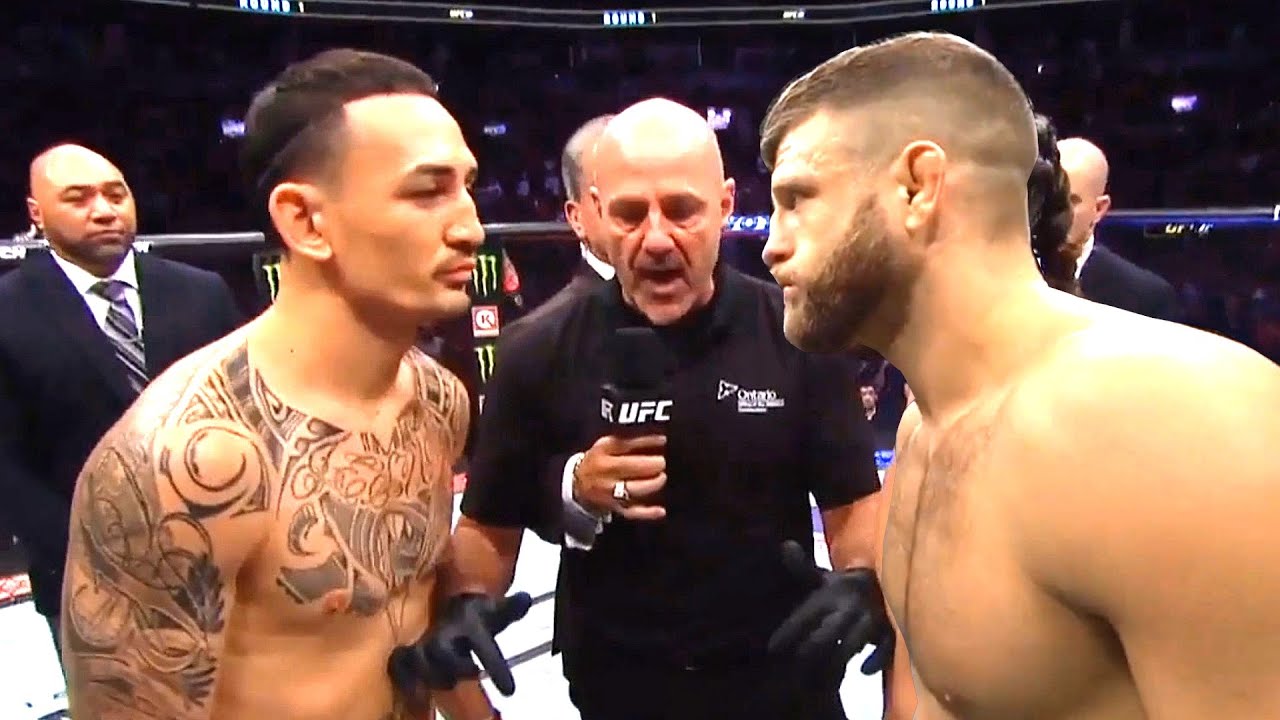 It’s an important matchup for Holloway. He recently had a 14-fight featherweight winning streak snapped by Alexander Volkanovski, losing the title in the process. Then, he lost the immediate rematch in a close split decision loss to put a conclusive stamp on the end of his reign. Now, he’s in a really awkward position where he’s dusted pretty much everyone else in the division, but has lost twice to the current champ. A loss to the No. 6 Kattar wouldn’t just be his third defeat in four fights – it would punt him out of the title conversation for the foreseeable future.

For “The Boston Finisher”, a win over Holloway is pretty much the strongest title case a featherweight can make. Kattar is fortunate to be getting this opportunity, as he’s got recent losses to Zabit Magomedsharipov and Renato Moicano. But man, it’s just so pretty when everything is flowing for him. Back-to-back wins over Jeremy Stephens and Dan Ige suggest that he could be ready for bigger things. He’s got his work cut out for him though.

The UFC odds at BookMaker.eu opened with Holloway as a 2-1 favorite, and his money line remains largely unchanged. Calvin Kattar currently sits around +150 on the comeback. Let’s take a look at the best bets in the online sportsbook for this matchup. 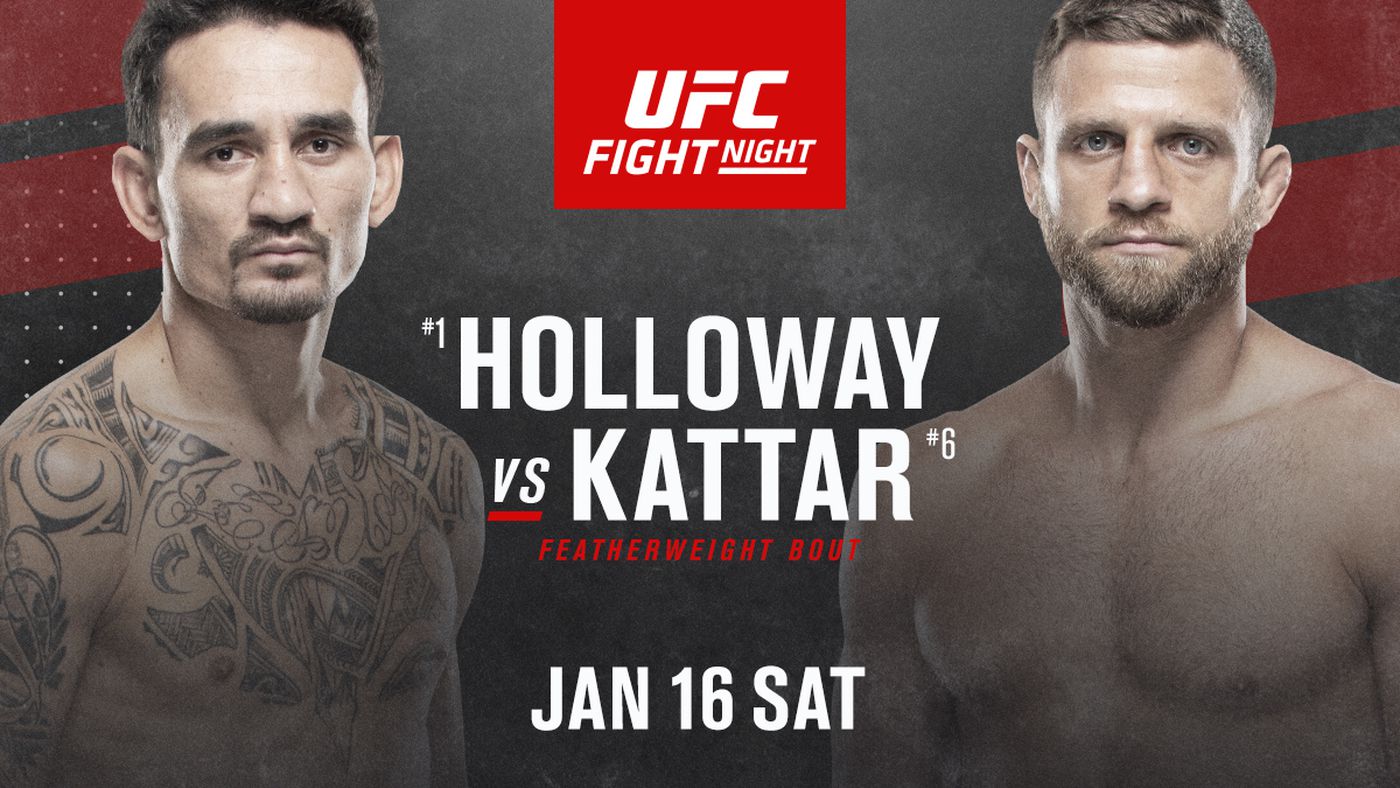 We know that this is a risky play. Somehow Holloway is still not even 30 years old and nobody even really gave him much of a challenge during his 14-fight streak. That’s a list that included Jose Aldo, Charles Oliveira and Brian Ortega. One could easily argue that Volkanovski is just a bad matchup and that Blessed is gonna go back to smacking around the rest of the division. After all, between losses to Dustin Poirier (at lightweight) and Volkanovski he did school Frankie Edgar for five rounds. Nobody expects a Tony Ferguson-level dropoff here.

On the other hand, the Poirier fight clearly drew the blueprint to beat Holloway: don’t get into a punchout, return fire with crisp power punches and slide out of the way. Not everybody has the tools to follow that gameplan – a fighter has to be quick, powerful and an excellent technical striker. Volkanovski is that. And so is Kattar. In fact, The Boston Finisher does his best work against aggressive strikers, as it unlocks an extremely lethal counterstriking arsenal.

Holloway has never been an offensive wrestler, and we don’t see him changing who he is unless he changes training camps (he hasn’t). This one should be very close, but at this price we’re willing to take a shot on Kattar.

Our gut tells us that this fight goes to the scorecards. Holloway has only been finished once in 27 pro fights – his UFC debut as a 20-year old. Same thing for Kattar – he lost a submission over 10 years ago in the XCFL. Since then, both guys have faced stiff competition but walked away intact every time.

There’s a chance that Holloway simply exhausts and finishes his opponent, but Kattar’s slick footwork makes that unlikely. While Kattar hits hard, his 50% knockout rate shows that he’s not a 1-hitter quitter. Besides, if Poirier isn’t knocking out Holloway, Kattar probably isn’t either. This isn’t a bad play at -175.