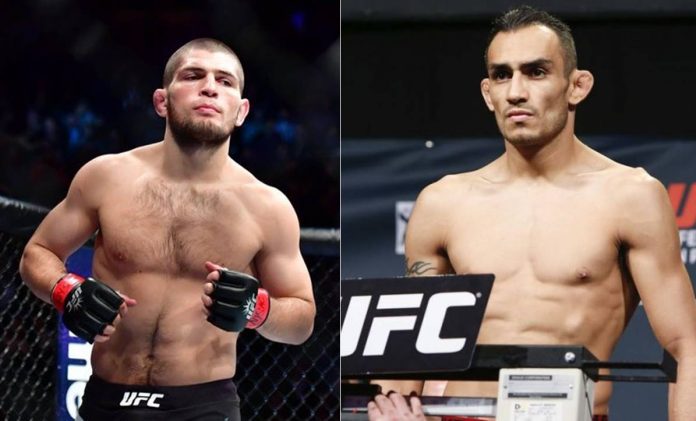 And that’s a wrap: no more UFC fights of 2019. Dana White and Company is giving fans a break for the rest of the year, and by now you’ve already read tons of articles on Fights of the Year, Fighters of the Decade, Upset of the Year, etcetera. It’s the perfect content to read while hanging out at your parents’ home for the holidays and sleeping in your old twin size bed on your familiar Spiderman sheets.

No need to recap the year or the decade here – today we’re looking into the next decade. There are some certified bangers already on tap, and the UFC odds at BookMaker.eu already have money lines you can bet on. Hopefully your New Year’s resolution wasn’t to stay away from the online sportsbooks, because it looks like 2020 is going to a monster.

Let’s take a look at some of the fights you can bet on during your holiday break, courtesy of BookMaker sportsbook.

MMA’s most cursed fight is also the one fans are most excited about. By now, you’ve heard “fifth time’s the charm” over and over, because that’s how many times this has been booked. The stakes have raised with each iteration – to the point where they literally can’t get any bigger.

The lightweight championship is on the line. Khabib’s flawless 28-0 record is in danger. So is El Cucuy’s 14-fight win streak. A Red Panty Night with Conor McGregor looms in the distance. There are maybe one or two circumstances in the MMA world that can make the Irishman a secondary storyline, and this is it.

The UFC odds opened with Khabib as a clear favorite, and the matchup would seem to favor the stoic Russian. But Ferguson is an animal who literally shreds his opponents apart. We’ve seen The Eagle wrassle a bear, but how do you keep the human equivalent of a honey badger pinned to the ground?

We’ll reevaluate this in a few months closer to fight night. But Ferguson has always been vulnerable against strong wrestlers, and Khabib is the best to ever do it.

The Notorious One returns to kick off a new decade. The consensus here seems to be the Cowboy was cherry picked to get McGregor back into the win column, but it’d be foolish to overlook such an accomplished veteran. Interestingly enough, the fight takes place at welterweight, which probably helps Cerrone.

The online sportsbook opened with McGregor as a -220 favorite – and the money line will probably get more expensive in a few weeks. On paper, Cowboy likely gets murked: he doesn’t do well against southpaws, pressure fighters and one-hitter quitter. All those things describe McGregor.

Our (early) pick: Wait for the prop bets or live betting

Betting McGregor early makes sense, but we’d like to see the odds that he wins by TKO or inside the distance. But if Cowboy makes it out of the early rounds, sign into BookMaker and start throwing down big money on him – we all know McGregor slows down late.

Return of the GOAT

Dominick Reyes is big, hits hard and is undefeated. Still, he’s a +335 underdog for a reason. Nothing in his past few fights suggest that he’ll be the first man to beat the light heavyweight champ. In fact, most of the chatter has been about whether Jones will move up in heavyweight after this fight. We admit that it’s much more interesting thinking about that then an expected squash match.

Our (early) pick: Parlay Jones to win, or wait for the prop bets

Reyes is doing a good job getting on Bones’ nerves, but motivating the best fighter of all time is probably not the right move. There’s levels to this, and Reyes ain’t even close to where the champ is.

Every sport, whether it’s the NBA, UFC or the PBA (that’s bowling if you’re wondering), looks at China with cartoon dollar signs in their eyes. Dana White and the executives at WME must have collectively orgasmed when Weili Zhang snatched the title from Jessica Andrade to become the country’s first UFC champion.

But it’s defending the belt that’s the hard part. Zhang can bang, that’s for sure, but how does she handle the most technical striker in the division – who also happens to be the best champion in the division’s short history? Online oddsmakers are giving Joanna some serious respect here, making her only a slight underdog at +110. Remember, the Polish powerhouse beat every other fighter not named Rose or Valentina up to this point.

Our (early) pick: Too close to call

Sorry, we just can’t make a pick yet. Zhang’s power is a problem, but Joanna excels against shorter, aggressive strikers. In fact, if Jedrzejczyk’s line hits anywhere close to +150 we’d jump all over it.