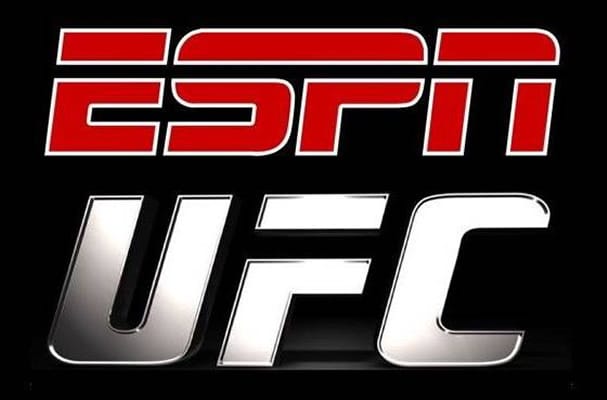 The UFC is coming to ESPN proper. This Sunday night, instead of Sportscenter, the network channel will be airing UFC on ESPN 1 live – featuring yet another return of former heavyweight champion Cain Velasquez. Standing across the cage from him will be Francis Ngannou, the division’s most explosive knockout artist.

It’s been nearly 3 years since we last saw Velasquez fight – due to injuries and a self-imposed vacation – but nobody has cast a larger shadow over the weight class. While he was out, Francis Ngannou emerged as the UFC’s answer to Mike Tyson, then was buried after two brutal losses (one in a championship fight against Stipe Miocic), only to reemerge after sleeping surging contender Curtis Blaydes in his last matchup.

Though Velasquez, 36, is only four years older than Ngannou, the matchup certainly has a feel of different generations going to battle. Consider this: Cain has fought in the octagon 14 times, but only two of his past opponents are still active in the UFC. Luckily for AKA captain, heavyweight is a division that ages slower, where anyone can be a few wins from title contention. This is, after all, the weight class where Derrick Lewis just fought for the title.

Also on the card is a sick lightweight matchup between James Vick and Paul Felder, two dudes that tend to bloody up their opponents almost every time they step out. A bantamweight contest with Jimmie Rivera and Aljamain Sterling will carry significant ramifications on the title picture, though the top of the 135-pound class is still a mess.

Let’s take a look at the UFC odds at BookMaker.eu and break down your best online betting options.

We’ve got a classic striker vs. wrestler contest here, with each man arguably the best at what they do in regards to those skillsets. Wrestling is generally the style you want to lean on, so let’s take a look at how Ngannou’s done against great wrestlers in the past. Against Miocic, he blew his wad with an all-or-nothing blitz and spent the next four rounds getting ragdolled to the mat. It was so bad that the Frenchman was still shook his next fight out against Derrick Lewis. 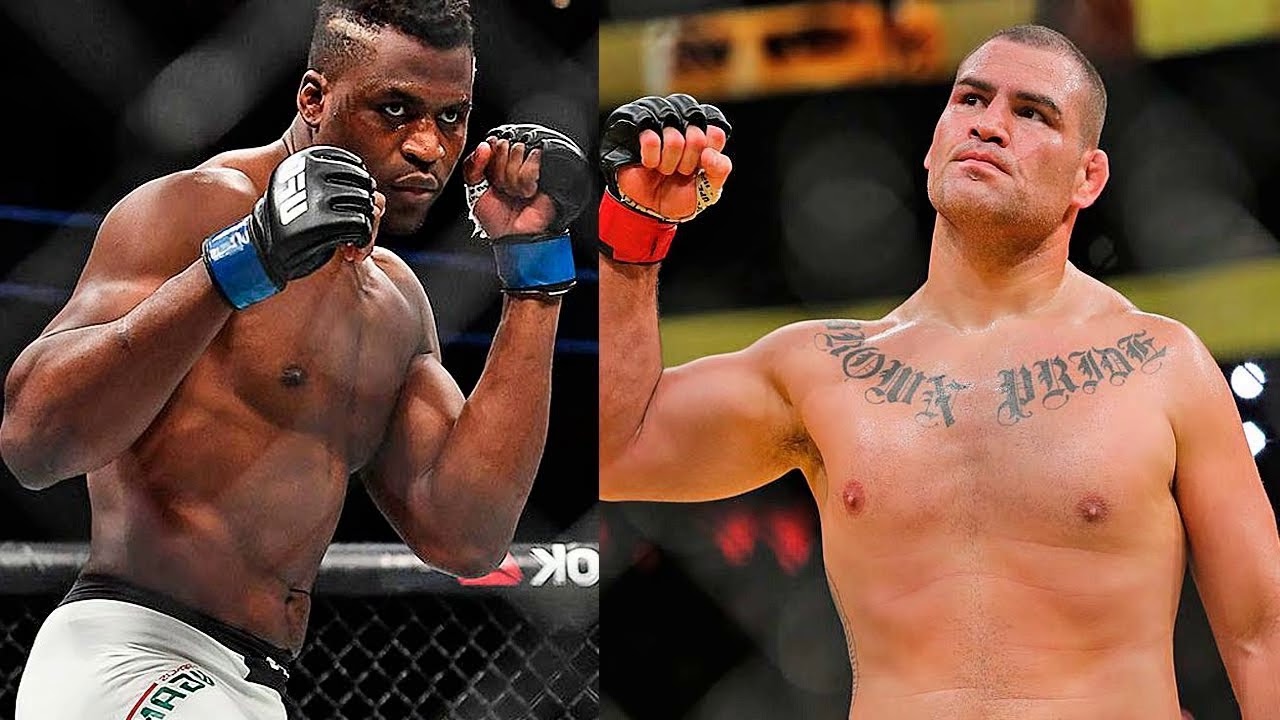 But against Blaydes, a juco champ, Ngannou obliterated a dark horse contender in less than a minute. That didn’t give us much to go on – we still just don’t know if his takedown defense or grappling has evolved. If anything, it just reiterated the fact that this dude will turn out the lights if you get careless on the feet.

Even if Ngannou’s defense and fight IQ have drastically improved, he really stands no chance if Velasquez is anywhere close to the guy he was before he got hurt. That’s a very big “if”. It’s easy to say that his legendary work ethic gets him back to where he was, but just as easily arguable to believe that at 36, age and injuries might have sapped his ability.

The Parlay Pick: Fight doesn’t go to decision at -690

Here’s the safe route. Cain is who he is: he’s always gonna go 100%, getting up in the grills and grinding them into powder. There’s just no way Ngannou holds up for five rounds. But there’s also the chance that Ngannou lands a nuclear bomb, and this pick protects you from that.

The Alternate Pick: Cain by TKO

We’ll give AKA and Sea Level Cain the benefit of the doubt here. We trust his wrestling background more than we do Ngannou’s cardio. Because Cain is never content to lay-and-pray, if you’re betting on him it’s better to assume he just pounds Ngannou out.

Tall and Lanky vs. Short and Stocky

Don’t you love it when short, stocky dudes plant themselves in dudes’ faces and just start wailing away? Something about watching fire hydrants land thudding rib shots with T-Rex arms is just so fan-friendly. That’s Jimmie Rivera, a 5’4” boxer puncher who forces opponents to fight inside a phone booth. 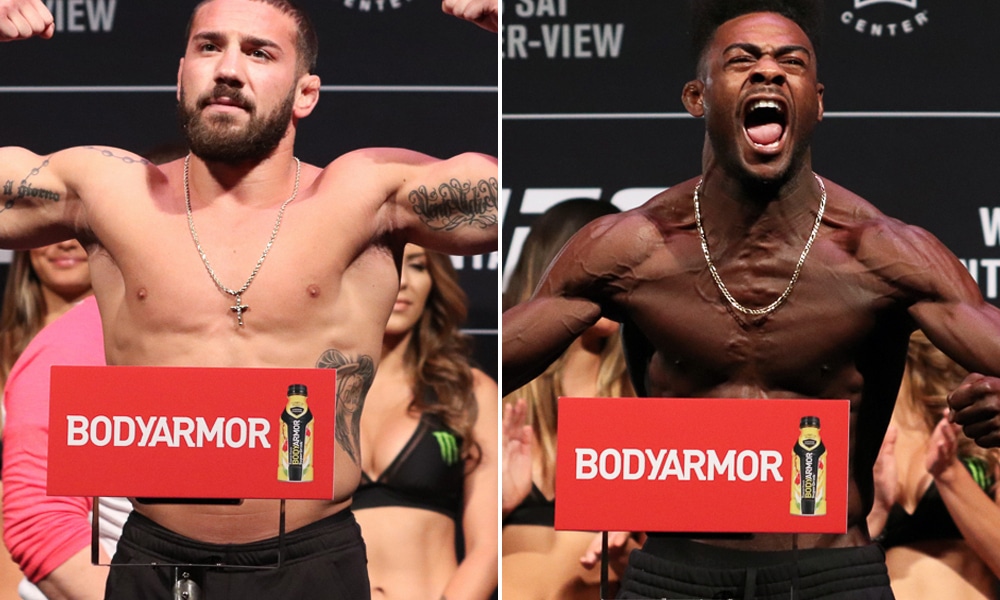 That’s gonna be the best course of action against the rangy “Funk Master”, who likes to operate at long range throwing kicks. In fact, he fell so in love with throwing out his feet that he went away from his killer submission grappling game. That’d be fine if his kicks evolved into a weapon that could consistently win fights, but that aspect of his game just hasn’t panned out. Fortunately, he’s started to mix it up more, which has resulted in two straight wins.

The key factor here is how Sterling deals with Rivera’s pressure. If he panics, it’ll get ugly real quick. But if he’s composed and switching levels, he could keep Rivera honest and at a distance that works best for him.

While Rivera loves to box, the threat of his takedowns really make him dangerous. Sterling has…sterling 100% takedown defense. We can easily picture a scenario where he snipes his way to a win, and the comeback is too good to pass up. We loved him a lot more when he opened at +170, but this price’ll do nicely.

How’s the weather up there?

Vick is a 6’3” lightweight whose frame is actually filled out. There aren’t many 155-pounders that fit that description. It’s only recently that he’s really started to figure out how to use that height and length to translate into consistent wins. No longer just a raw talent that wins just by reacting, Vick has learned to dictate fights on his own terms, bombing from long distance and blasting knees and ‘bows in the clinch when guys get too close.

Felder is a boxer-puncher who forces guys to reach deep. While “The Irish Dragon” is an agile technical boxer, at any moment he’ll dig and and start swanging. With black belts in taekwondo and karate, he’s got the ability to throw some slick kicks and go for points, but he’s never been the patient type.

Vick knows what’s coming: Felder is gonna march forward and try to press him. The Texecutioner doesn’t react well when he can’t keep guys at the end of his punches, but he also knows that Felder doesn’t present much of a wrestling threat. The clinch will be an important factor here, as both guys are strong in that phase.

We’re suckers for tall, rangy guys who can crack. Though he just got tuned up by Gaethje, Felder doesn’t have the same killshot power. Given how good Vick looked before running into that buzzsaw, we think this is a tossup – give us the underdog.