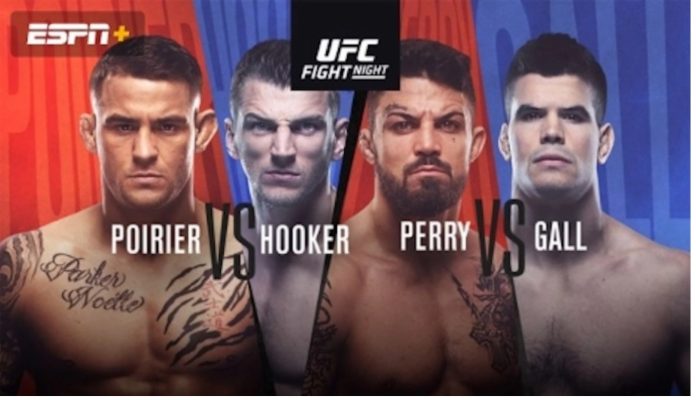 It’s tough to be an elite lightweight in the Khabib Nurmagomedov era. Just ask Dustin Poirier, who blazed through a murderer’s row of fighters (Pettis, Gaethje, Alvarez, Holloway) only to be completely smothered by the Russian. If Khabib was in another division, it’s possible that Poirier would have the belt around his waist – he’s that good.

This Saturday, Poirier looks to bounce back from his dashed title hopes in a scrap against Dan Hooker. The Kiwi has yet to beat a marquee lightweight, but he’s earned his shot at The Diamond with an 8-1 streak that includes wins over Gilbert Burns, James Vick, Al Iaquinta and Paul Felder. At the very least, he’s a top 7 guy. If he beats Poirier, then nobody would laugh if he demanded a shot at the title.

The matchup is likely to produce extremely violent results: Poirier has a Fight of the Year and has taken place in several more contenders. He never shies away from a dogfight, and his crisp, powerful boxing is some of the best in the business. Hooker has evolved into a marchdown fighter, applying relentless pressure and beating opponents into submission. Throw them in a cage together and watch the fireworks go off.

Speaking of fireworks…Mike Perry! Once upon a time Platinum was a bright prospect with one-quitter hitter knockout power. Today, he’s still a killshot guy, but a dude who has failed miserably at becoming an upper echelon welterweight. Despite a mediocre UFC record, Perry is still a recognizable name at the weight class, partly because he’s a walking MMA stereotype.

The UFC is setting Perry up for a win with a matchup against Mickey Gall. It’s fair to argue whether Gall even belongs in the UFC, as his claim to fame was calling out CM Punk, then beating Sage Northcutt. While there is some clear grappling talent, the UFC has never really spent time developing Gall and it shows. If Perry loses to a guy that’s barely a pro, Platinum could be sent packing.

Two fun fights, lots of great betting options here. Let’s peep the UFC odds and break down your best betting options and make some UFC picks. You can bet on UFC money lines, prop bets, victory bets, round totals and more at the online sportsbook.

Poirier has a habit of getting into close contests, which makes betting on him a bit scary. But we’re leaning on The Diamond because this is a favorable matchup. Hooker is a lot like Holloway: he needs to walk guys down, corner them and ring up the numbers. 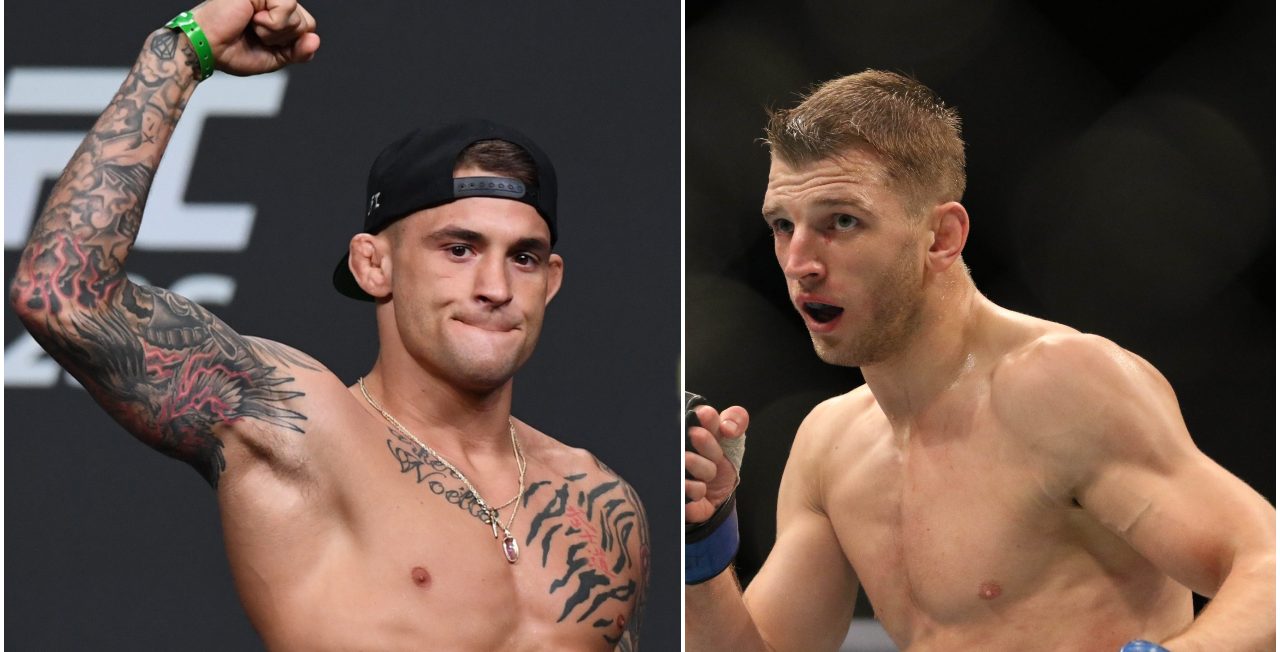 Just a few years ago, that might’ve worked on Poirier, who had a tendency to fight emotional and get sucked into 50-50 firefights. But this is championship level-Dustin fighting at his peak, and he’s excellent at beating fighters to the punch and circling out of danger. Hooker’s last loss to Edson Barboza should give us some clues to how this one goes – the Kiwi struggles against faster, more athletic strikers.

Consider: Poirier to win by decision at +353

If you want to take some risk, we recommend looking into this victory bet. The Hangman is a ridiculously tough dude who has only been stopped once since 2012, and it took an all-out assault from Edson Barboza to do so. Poirier is a killer, but at this price we’re willing to bet that Hooker holds on.

The Safe Bet: Fight doesn’t go to decision at -265

Important: Mike Perry’s girlfriend will be the only person in his corner on fight night. It’s not the first time that’s happened, either – in 2018 he had his then-girlfriend as his only corner-person in a loss to Max Griffin. If you need a refresher, that woman was a tennis instructor by trade and screamed helpful advice like “kick that knee! Break that leg” while Perry was fighting. 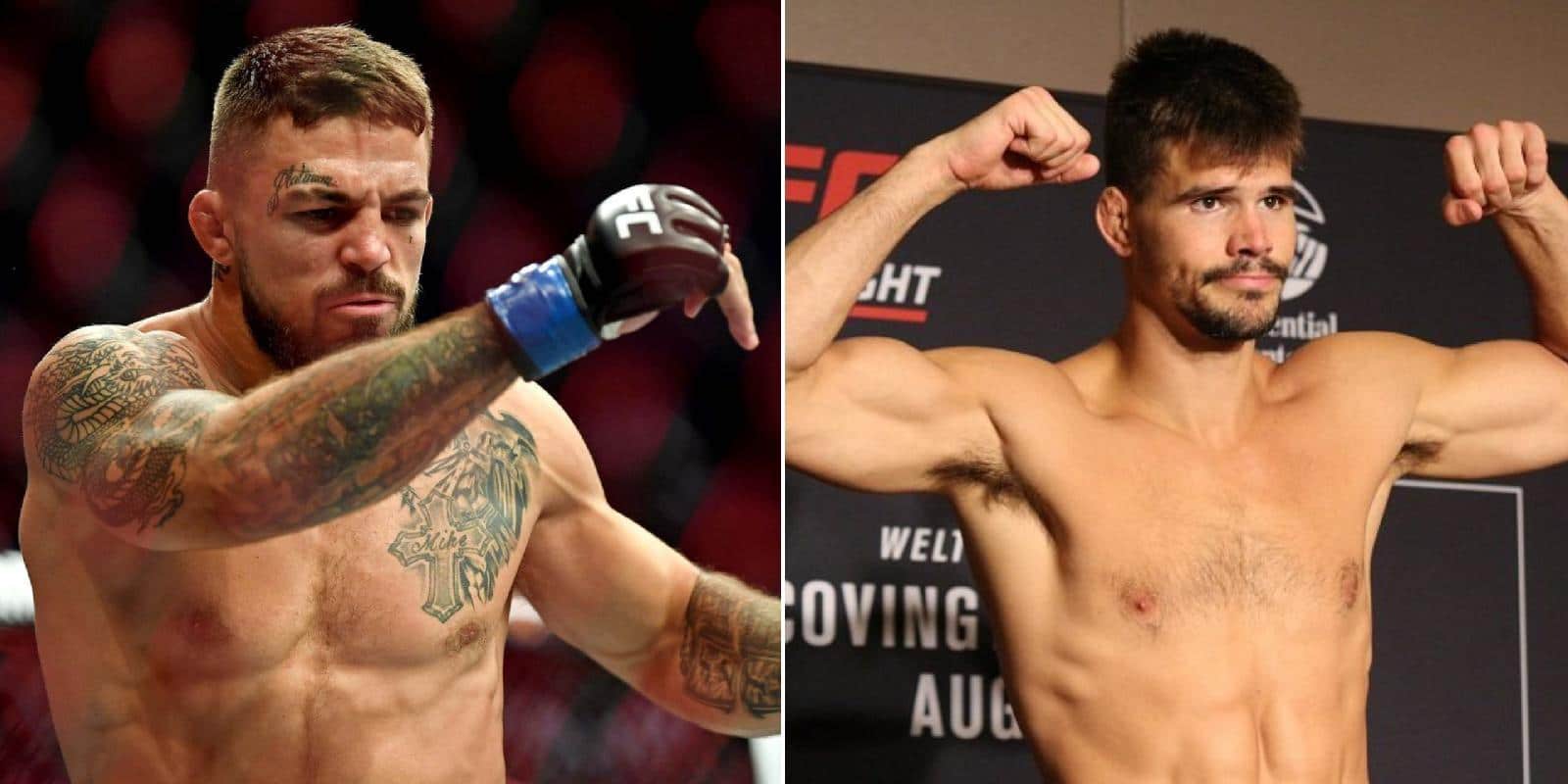 So obviously, hearing that Perry is making the same boneheaded decision makes you wonder what kind of training the dude is going through. It also makes one seriously ponder whether a bet on Gall makes sense. But we just can’t endorse that, because Gall is a guy whose spot in the UFC is seriously questionable in the first place. Perry might not be having a great run, but nobody doubts that he’s a UFC caliber fighter.

The safe pick here is that this fight doesn’t go to the scorecards, either because Perry flattens Gall, or makes a serious error and gets finished himself.