The UFC travels to Denmark this Saturday for a solid night of fights in Copenhagen. Headlining the event is Jack Hermansson, a native of nearby Sweden who pushed to be on this card. “The Joker” has quietly fought his way to No. 5 at middleweight, on the strength of a four fight win streak that culminated in a win over perennial contender Ronaldo Souza this past April.

Normally, when a fighter beats Jacare, he’s rewarded with a title shot – or at least an eliminator. But that’s not the case for Hermansson, as he’ll be meeting No. 9 Jared Cannonier. With all due respect, beating “The Killa Gorilla” really doesn’t carry much weight for a guy that’s gunning for the strap. It’d make much more sense for Hermansson to be fighting the Gastelums or the Weidmans of the world.

That’s not to say that Cannonier is a scrub – this is an extremely high risk, low reward fight for the Swede. Cannonier comes into the matchup having won two straight, beating David Branch and Anderson Silva. Not only can he knock Hermansson way out of contention with a win, he could become an unlikely contender himself should he pull off the upset.

As with most European cards, the UFC is calling on native fighters to fire up the hometown crowd. Copenhagen native Nicolas Dalby should receive the loudest welcome of the night, but he’s got a tough fight lined up against slugger Alex “Cowboy” Oliveira. Poland’s Michal Oleksiejczuk will also look to break into the light heavyweight top 15 in a tilt with Ovince St. Preux.

Some good fights here, and the UFC odds at BookMaker.eu have some solid prices. Let’s go over which ones you should be buy, sell or hold. 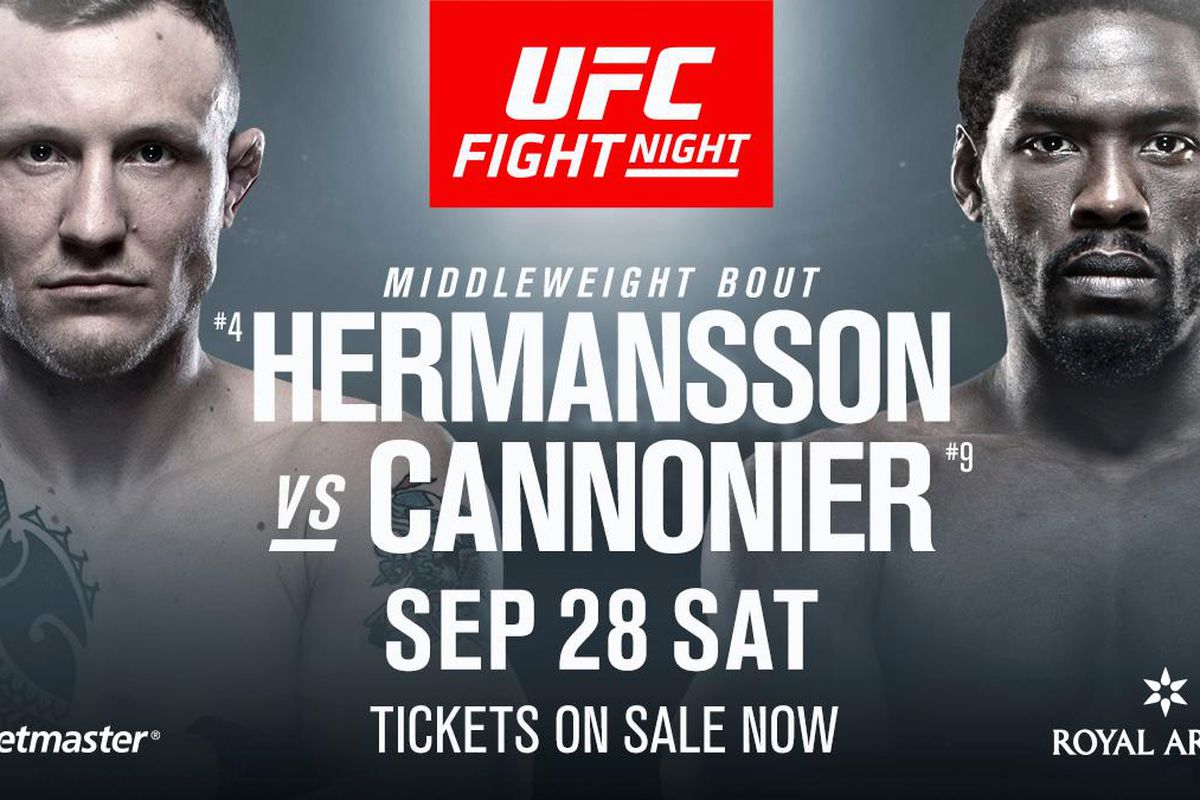 Hermansson’s leveled up nicely since making his UFC debut in 2016. The 31-year old didn’t seem like much more than a fun brawler, but he’s evolved into a high-level submission specialist. The win over Souza was an eye-opener: not only did he outstrike a power puncher, but he showed no hesitation in wrestling with one of the most decorated grapplers to step into the octagon.

Cannonier is an interesting style matchup. Starting his career as a heavyweight, he’s worked himself into better shape, dropping two weight classes. His run at 205 exposed some severe flaws in his game – namely takedown defense and technical striking depth – but at 185 he’s so explosive and powerful that he can usually just punch his way out of sticky situations.

Hermansson has two clear paths to victory: the first is a patient, measured approach on the feet – Jan Blachowicz picked him apart with a jab. The other is to attack Cannonier’s atrocious 44% takedown defense and force the striker to roll, where he is clearly uncomfortable.

Hold: Hermansson to win inside the distance -155

Cannonier has only fought past the third round just once, and he’s fighting a guy that lands five significant strikes per minute and averages over two takedowns. Cardio isn’t the American’s strong suit, so there’s a good chance he wilts under the Swede’s pace. 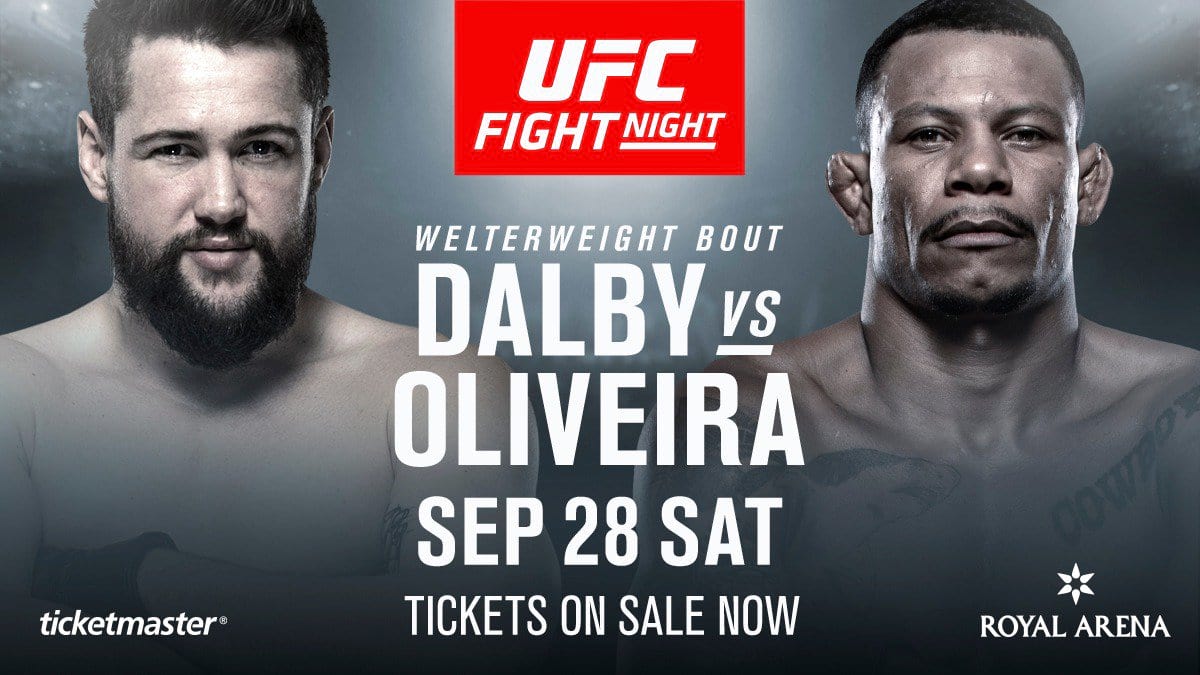 Buy: Alex Oliveira to win at

Dalby returns to the UFC after washing out in 2016 with a 1-2-1 record inside the octagon. After going 3-1 (1 NC) in Cage Warriors, the 34-year old is hoping his second stint will produce better results. However, he’s not getting an easy comeback fight in Alex Oliveira.

It’s fair to question if Dalby improved in regional promotion. We do know that his lack of power held him back, and Zak Cummings completely shut down his takedown attempts – which just happens to be the Dane’s go-to in case of emergency. But he was able to notch back-to-back knockouts in Cage Warriors, suggesting that he finally might have some pop to power his high-volume kickboxing. However, stopping dudes like Phillip Mulpeter and Alex Lohore is one thing – throwing down with a beast like Oliveira is a whole different story.

Olivera is a Muay Thai punisher and a powerful athlete, but a lack of fight IQ has led to some inconsistent performances. Even if fights where he’s clearly the more talented combatant, he’s unable to impose his will. Still, based on pure physical talent alone, we’ve got to lean on the Brazilian. He should be able to stop the takedowns and blast through Dalby’s striking.

Sell: Oliveira to win inside the distance

While the payout might be nice, Dalby has never been finished in 20 pro fights. Cowboy is a banger, but he’s not a killshot hitter. Don’t fall into temptation here. 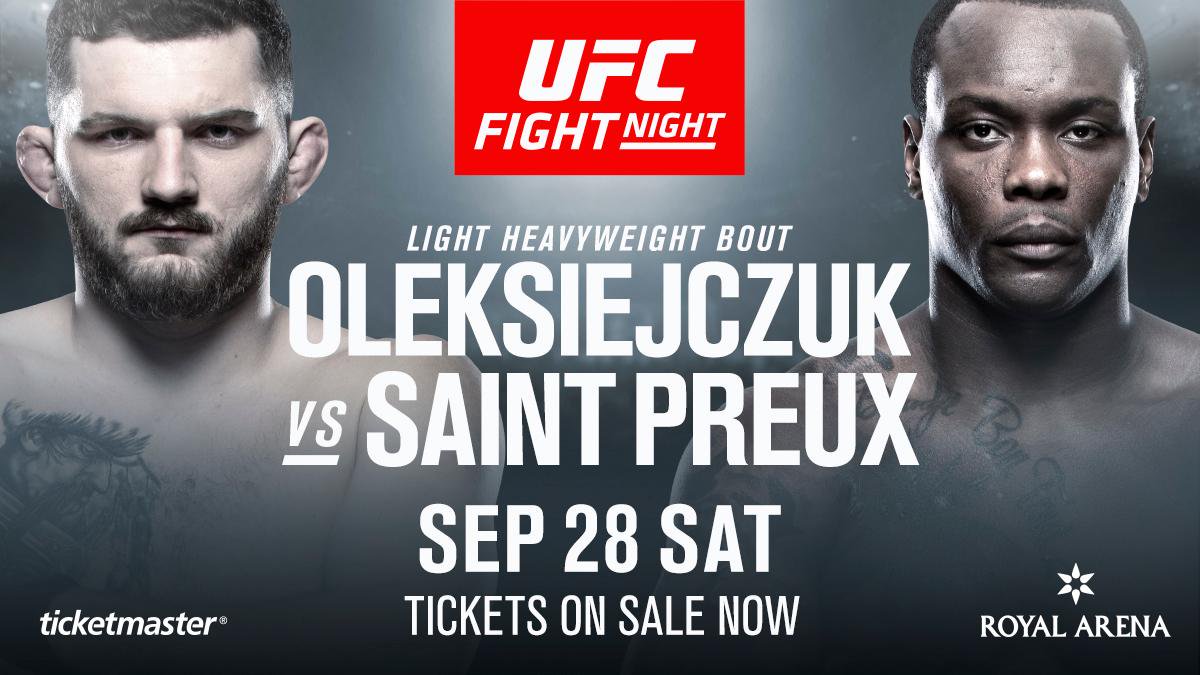 We like the Pole, just not at this price. Oleksiejczuk is definitely a prospect, but it’s still tough to make out just how good he is. His winning streak has a fluky quality to it, but two quick knockouts suggest he’s at least got plus power at 205.

OSP is close to washed up, but he still has the size and power to make this fight a lot tougher than the odds suggest. His low output striking won’t win any points, but his high kicks can instantly turn out the lights. For a guy his size, he’s also surprisingly flexible, which makes him a dangerous submission grappler. It was enough for him to earn big fights against every name light heavyweight for the past five years, but the Tennessee native never truly broke through as a title contender.

Oleksiejczuk’s youth (he’s just 24) and pace alone makes him a heavy favorite, but he hasn’t really faced anyone with OSP’s veteran experience. We’d stay away from the straight up win price and look into the decision prop instead.