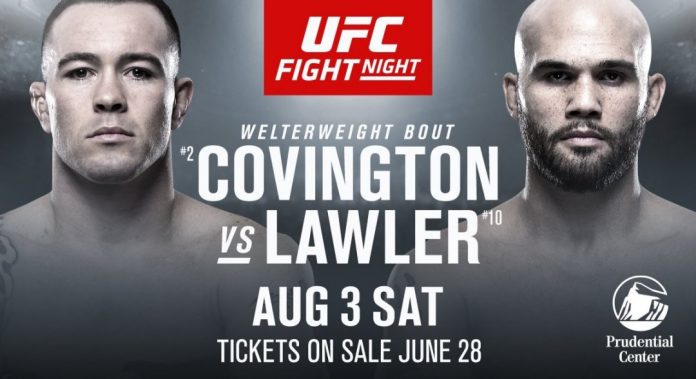 There’s a lot of people that wouldn’t mind seeing Colby Covington get smashed. There are few fighters more qualified than Robbie Lawler in getting that done. This Saturday, the two contenders collide in the main event of UFC on ESPN 5.

Despite how you feel about Covington, you can’t deny the dude has been beasting. The ATT product hasn’t lost since 2015 – a six-fight winning streak that includes dominant victories over contenders like Demian Maia and Rafael dos Anjos. He’s also trying to conjure a grudge match, branding Lawler a traitor for leaving American Top Team. Lawler, in typical fashion, brushed off the manufactured beef.

Covington’s been on the cusp of a title shot for a while, and he stands a good shot at locking it up with a win here. Of course, teammate Jorge Masvidal is the hottest name at 170 pounds right now. It’ll take an impressive for the 31-year old to leapfrog his mate – something that won’t come easy against a man armed with a nuclear arsenal.

Also on the card is a lightweight tilt between longtime veterans Jim Miller and Clay Guida. With 59 UFC appearances combined, it’s frankly amazing that they haven’t faced each other yet. Miller actually owns the UFC record for most promotional fights with 32 and probably has a few more years left in him.

Two other main card fights we’d like to mention: a lightweight scrap between Nasrat Haqparast and Joaquim Silva. If you don’t know why this one’s on the main card, Haqparast will show you why. A light heavyweight tilt between former title challenger Volkan Oezdemir and Ilir Latifi kicks off the action.

As usual, we’re taking a look at the UFC odds from BookMaker.eu and going over your best betting pick. If you need to hedge your bets between rounds on fight night, live UFC betting at BookMaker.eu is also available. 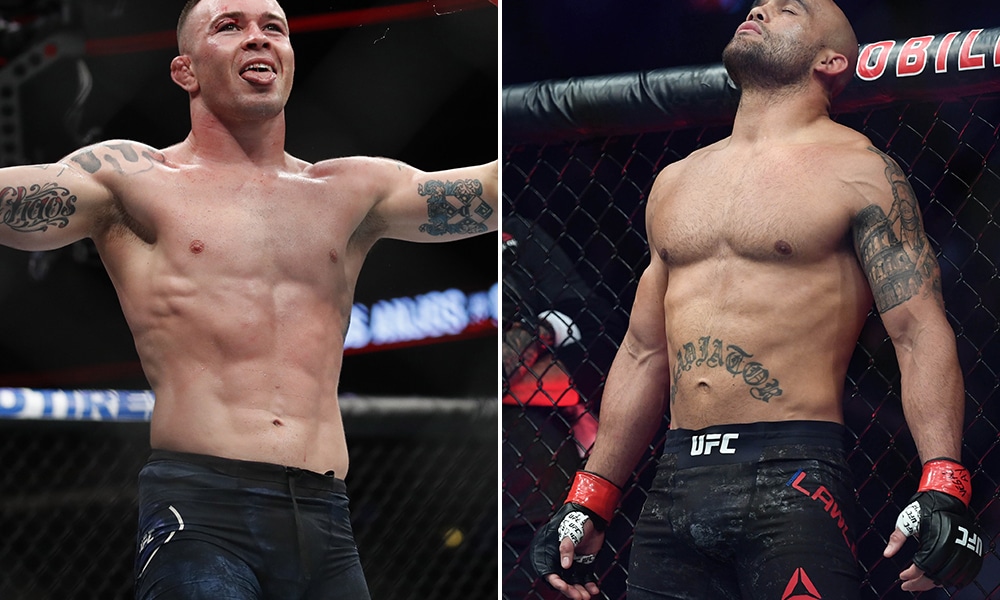 Get Smashed or Get Smothered

Easy fight to break down: wrestler vs. striker. If Lawler maintains his range, his fists are gonna find Colby’s face. But Covington averages a ridiculous 5.63 takedowns per 15 minutes – he’s a former elite collegiate wrestler whose skill has translated to MMA. An endless gas tank powers a relentless style, and he’s going to spend a lot of time pressing Robbie into the cage, changing levels and attacking the legs for takedowns.

Fortunately, Lawler doesn’t have to worry about Colby’s punching power – Covington only has two knockouts in 15 career wins. Lawler’s defensive grappling is top notch, but it’s fair to say that he hasn’t faced a non-stop takedown machine like Covington for a while. Submission defense was an issue earlier in his career, so he’ll have to make sure to tighten up that part of his game against an excellent submission grappler.

As much as we love Lawler, 25 minutes is just too long against a top-notch wrestler who doesn’t get tired. It’s really tough to get your hits in when a guy is attached to you. At some point, Covington starts hitting his takedowns and piles up time in top control. 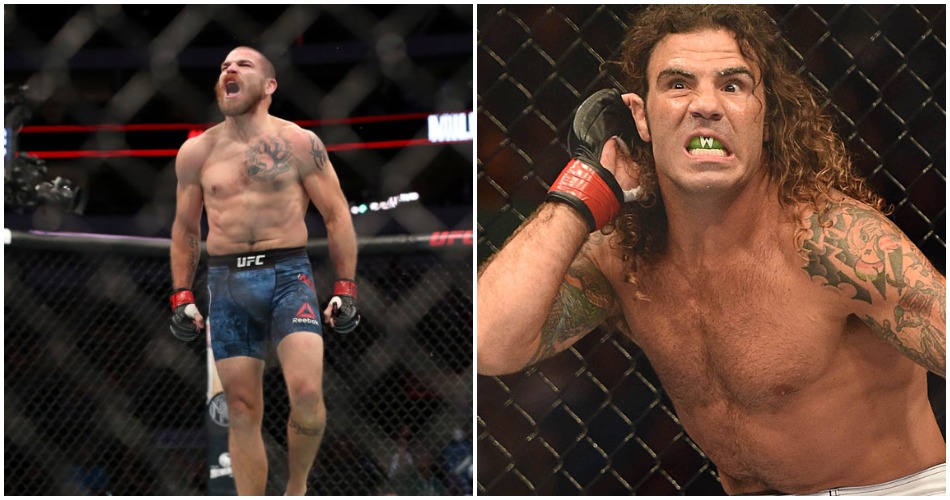 Battle of the Graybeards

We’re not going to call Miller or Guida washed up, but their primes are rapidly fading in the rearview mirror. That makes it tough to predict how they’ll perform – either guy could has it in them to put on a vintage performance or fight like they should’ve retired already.

Guida’s move to Team Alpha Male was a smart choice – his once rudimentary striking is now passable and he’s training with some of the best lighter weight fighters in the sport. Unfortunately, at 37, any improvement in skill is probably nixed by his declining physical abilities. Wrestling is still his bread and butter, and he’s still outworking guys younger than him.

Miller isn’t that much younger at 35, but for the past two years the UFC has still been matching him up with guys like Anthony Pettis, Francisco Trinaldo and Charles Oliveira. Unfortunately, it was pretty clear that Miller couldn’t hang with that tier anymore, but quick wins over middle class guys like Alex White and Jason Gonzalez shows that Miller can still be an effective gatekeeper.

Miller’s price is a bit more pricier than we’d like, but it’s fair. He’ll have the advantage on the feet, and Guida won’t be able to overpower him either.

Just 23 years old, Haqparast has already shown flashes of a becoming a ranked fighter in all four of his UFC fights. He calmly outstruck a good striker in Marc Diakiese, won an all-out war with Thibault Gouti in a Fight of the Night, and held his own in a loss against the far more experience Marcin Held.

Plus, the Afghani is an absolute wildman with serious knockout power. Pitting him against another aggressive bomber in Silva is great matchmaking, and it’s a winnable fight. We lean on Haqparast’s improvements from fight to fight, and the fact that he’s young, fast and hits like a mack truck.

Check out the latest UFC on ESPN 5 betting odds.