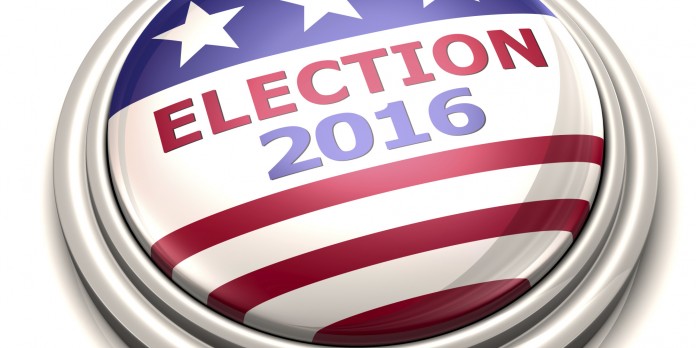 As all eyes are on 2016 election predictions, bookmakers have Democratic frontrunner Hillary Clinton as a solid favorite to become president, while Trump is the +111 favorite to win the Republican nomination and +438 to win the U.S. Presidential election.

The U.S. 2016 presidential election race is probably one of the most interesting and entertaining elections in history. The election will be the 58th and take place on Tuesday, November 8, 2016 to determine who will be the 45th president.

Voters, now more than ever, are being bombarded with election and candidate coverage in the media and the polarizing nature of the candidates have made it a very hot topic for presidential candidate bets and election bets. Elections are one of the most popular betting events for sports betting sites who are happy to oblige by posting political odds on several props. According to Bookmaker.eu, the most election betting action volume has been wagered on:

With Hillary Clinton (Democrats) continuing to be the favorite to win the office.

Of course it comes as no surprise, that another very popular prop bet is on Donald Trump. Current odds at Bookmaker.eu might surprise Trump supporters, showing him as the underdog: Every day a new poll is released and the 2016 US presidential election odds are quickly adjusted to reflect any changes. Results are difficult to predict and the oddsmakers have their work cut out for them. Check back with BigOnSports.com for the latest odds.

Below is a complete list of election odds on the 2016 US Presidential election from Bookmaker.eu. Similar odds can also be found on Bovada.lv.

Think you know politics? Keep on top of the election coverage with the latest betting odds on BigOnSports.com and make this year’s elections more exciting by betting on your favorite candidate!