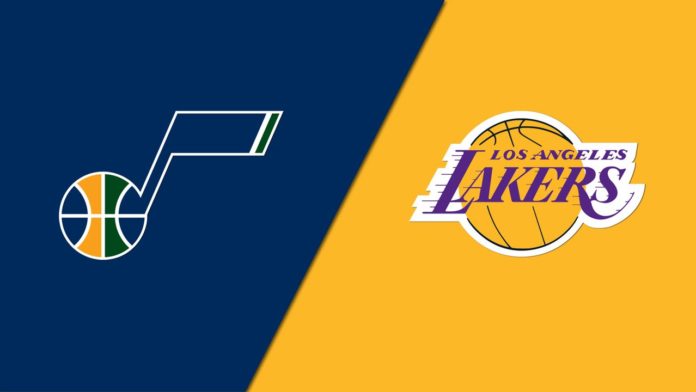 The Los Angeles Lakers go for the unlikely sweep of the Utah Jazz when the clubs hook up in the second of a back-to-back on Monday night. LA won the first matchup in overtime with both clubs missing important pieces to their potential championship puzzle.

For most of the season the Jazz have avoided serious injury problems, but that finally caught up with them. Scoring leader Donovan Mitchell is expected to miss a few games due to an ankle injury and Rudy Gobert sat out Saturday’s contest with a sore knee. That evened the playing field and the Lakers took advantage in the 127-115 outright victory.

This NBA matchup takes place on Monday, April 19, 2021 and will air live on ESPN with tip off at 10 p.m. ET from Staples Center. BookMaker.eu will have betting options for every game on the NBA schedule.

We mentioned ahead of the first game of this back-to-back set that the Jazz have been relatively lucky on the injury front. That changed in the matchup with Indiana last Friday when Mitchell was helped off the court with an ankle injury. Mitchell and Gobert missed Saturday’s tilt and the Jazz saw their mini two-game winning streak end in overtime 127-115.

Since Utah had a nine-game winning streak end earlier this month they are just 4-4 SU and 2-6 ATS in their previous eight games. They lost outright as a 1.5-point favorite on Saturday, their fourth straight ATS setback. The Jazz still lead the league at 42-15 but their standing could be impacted with Mitchell expected to miss a few weeks.

The Lakers have been able to hold their own without two of the top players in the league. They’ll have to play a few more games with Anthony Davis and LeBron James watching from the sideline, though. They’ve alternated wins and losses over their last 11 games and they are 7-8 SU and ATS in the 15 games James has missed with an ankle injury.

They continued their home dominance over the Jazz with Saturday’s victory, improving to 4-0 SU and ATS in the last four meetings at Staples Center. And there was an Andre Drummond sighting. After totaling just seven points in the final two games of a recent road trip and skipping the matchup with Boston, Drummond dropped 27 on the Jazz without the resistance of Gobert.

We’ll see how the Jazz handle adversity now that their leading scorer is on the shelf for a few weeks. The good news is that there is no structural damage to Mitchell’s ankle, but he will miss the rematch and a few games after that. Playing for the first time this season without Gobert and with Mike Conley also skipping the contest, the Jazz were able to overcome a double-digit second half deficit and take the lead late in the game on a Jordan Clarkson triple. Clarkson returned after missing several games and got the start in place of Mitchell scoring 27 points.

“We’re missing four pretty important guys. For most of the game we did a pretty good job. We were one stop away from winning the game,” said Joe Ingles, who dished out 14 assists and scored 20 points. Both Conley and Gobert could be in the lineup on Monday giving the Jazz a defensive presence they lacked in Saturday’s tilt.

Staying afloat during the extended absences of AD and LeBron, the Lakers will likely be better off in the long run for it. One step in getting back to full strength is cleared with Davis given the green light to return to practice. He’s unlikely to play on Monday, but just the thought of him getting closer is a positive. The Lakers are 14-15 in the 29 games AD has missed. The team hasn’t completely ruled out his return on Monday, and when Davis does play he will be restricted to around 15 minutes, Frank Vogel said.

In the meantime the Lakers will move forward with what they have. And they got a special performance from Drummond in the opener of the back-to-back. With Drummond scoring 27 points the Lakers had their highest scoring output since James went on the shelf last month. They struggled without their top two scorers but got 25 points each from Dennis Schroeder and Kentavious Caldwell-Pope. They did play an extra five minutes, but the Lakers tallied 17 points in the OT to post their fourth straight home win over the Jazz.

They have the best record in the NBA, but the Jazz have issues on the road. They’ve lost three straight and are 0-4 ATS in their last four roadies. Having Conley and Gobert on the floor will improve their chances of ending those slides.