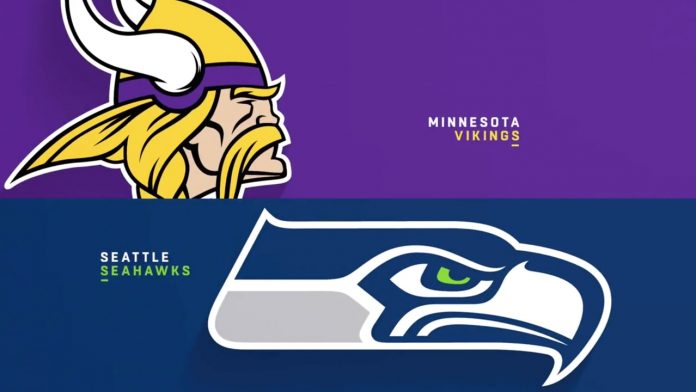 The last time the Seattle Seahawks started a season 4-0 they went on to win a franchise record 13 games and their only Super Bowl title. Russell Wilson was in his second season as the team’s quarterback in 2013, and through the first quarter of this season he appears to be on a mission. The MVP isn’t out of the question, but more importantly continuing to pile up victories is the main goal. The Seahawks are a current 7-point favorite on the NFL betting line as they look to go 5-0 for the first time ever when they host the Minnesota Vikings in Week 5 Sunday Night Football.

The matchup between the Minnesota Vikings and Seattle Seahawks will take place Sunday, October 11, 2020, at 8:20 p.m. ET at CenturyLink Field. The game will be broadcast nationally on NBC.

There has been movement on the line since opening at Seattle -9. Plenty of early action on the visitors pushed the number down to -7 where it’s held steady. It would be the largest spread in any of the last five meetings between the teams. The Seahawks have been favored in each of the last six games with Minnesota going 6-0 SU and 5-1 ATS. Seattle has been a good bet this season covering the closing line in all four games after taking down Miami, 31-23, last week laying 4.5 points on the final spread. The Vikings finally got in the win column last week with a 31-23 cover in Houston. It was their second straight win on the betting line moving them to 2-2 ATS. The teams rank in the bottom third in points allowed which puts the total of 57.5 as the highest currently on the Week 5 board. Both clubs have played over the total in three of their four games.

In the previous five seasons under Mike Zimmer the Vikings ranked among the top-10 in fewest points allowed. Just three seasons ago they had the top scoring and overall defense in the NFL. A remake of the unit this offseason along with injuries has caused some problems. They might be getting better, though that isn’t saying a lot. Green Bay torched them for 522 yards and 43 points in the opener, and while they haven’t allowed that many since the Vikings rank 29th in total defense (426.5) and 26th in scoring defense (31.3).

That means a lot of pressure is on Kirk Cousins and the offense to offset deficiencies on the other side of the ball. Cousins has a stellar cast of playmakers around him and they all got into the action last week in Houston. And it looks like they found the formula for success. After scoring just 11 points in a Week 2 loss to Indy, the Vikings hit 30 the last two games, getting past the Texans 31-23 for their first win.

Dalvin Cook was a workhorse going for 130 yards and two touchdowns on 27 carries. This week provides a different challenge since Seattle is better against the run. The Seahawks do have the worst pass defense in the NFL opening up shots in the passing game. Cousins attempted only 22 passes last week completing 16 for 260 yards. Adam Thielen and Justin Jefferson both had over 100 receiving yards.

The phrase ‘defense wins championships’ is going to put to the test by the Seahawks, who are dead last in the NFL giving up 476.8 yards per game and 21st allowing 27.3 points. They do have something no other team in the league has, though – Russell Wilson. Pete Carroll decided to let Russ cook and the results have been scrumptious.

If the MVP award was given out today Wilson would be the recipient. The Seahawks have scored at least 31 points in every game thanks to Wilson’s NFL-best 16 touchdown passes. He also tops the league in completion percentage and passer rating. Seattle boasts the second-highest scoring offense and third-best total offense. They can still run the ball, though it’s going to be more difficult with Chris Carson and Carlos Hyde nursing injuries.

It doesn’t seem to matter if the run game works or not. Wilson is so good and accurate, and even though he gets sacked a lot – he’s been taken down 11 times this season – he still makes plays when they need to be made. Wilson has pass catchers all over the field with Tyler Lockett the top target with 26 receptions. D.K. Metcalf stretches the field averaging 25.2 yards on 16 grabs and tight ends Greg Olsen and Will Dissly have combined for 21 catches. Just like every other team, the Vikings will have a hard time containing this offense.

The significant injuries for both sides are on defense and that has mean leaning toward the OVER since both teams have playmakers and can move the football. I’ll take Wilson every day and twice on Sunday in a showdown with the inconsistent Cousins, so backing the Seahawks minus the points is a strong play.