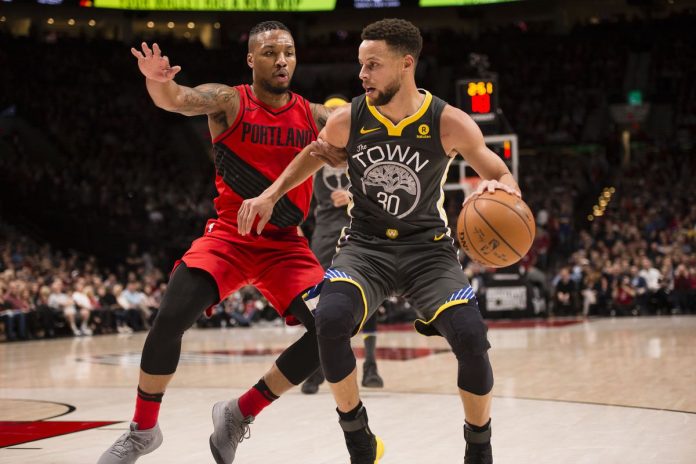 The Portland Trail Blazers were so close to knotting up their Western Conference Finals series at 1 on Thursday, but now are staring at a big deficit. The Golden State Warriors have a 2-0 lead as the series shifts to Portland and a win in Game 3 would take pretty much all of the drama out of this one.

Portland should have a high sense of urgency next time out and will have the advantage of playing at home. The Warriors still have the superior talent and the oddsmakers have made this spread a small one. Golden State is zeroing in on another NBA Finals appearance and a win on Saturday would make it a virtual certainty that it gets there again in 2019.

The Blazers have been instituted as the 2.5-point favorites in this game, the first game in which they have been expected to win. Portland is -140 on the moneyline while the Warriors are a slight +120 underdog. The scoring total is listed at 221.5 points.

Golden State covered the spread in the first game while the Blazers covered despite losing Game 2.

The Blazers led by 15 points at the half but Golden State came on strong after intermission. The Warriors tied the game with a big third quarter and made enough big plays down the stretch for the 114-111 win. Stephen Curry had 37 points to lead Golden State to another win despite the absence of the injured Kevin Durant.

Curry’s brother, Seth, put the Blazers ahead by a point with just more than a minute to play, but Kevon Looney answered for Golden State. C.J. McCollum missed a shot with 32 seconds remaining and Damian Lillard’s three-pointer was blocked as he tried to force overtime. Seth Curry had a big game off the bench for the Blazers but Lillard and McCollum didn’t shoot very well.

Klay Thompson had 24 points for the Warriors as the Splash Brothers continue to excel, as Golden State is now 3-0 without Durant.

Durant won’t travel to Portland for Games 3 and 4. His calf strain will be re-evaluated in a week and it is unknown when he will return to the court. It is possible the star forward returns for the end of this series, but his teammates are doing so well that he may not be needed until the NBA Finals.

Golden State big man DeMarcus Cousins injured his quadriceps at the beginning of the playoffs but he is also on the mend. Cousins will also be re-evaluated in a week but there is no clear timetable for him, either. The Warriors are playing just fine without the All-Star duo but would certainly like to have them back as soon as possible.

The Blazers know they must make a stand in Game 3 in order to make this a competitive series. The Blazers went toe-to-toe with the Warriors last time out but couldn’t capitalize late. They will make enough shots at home to pull within 2-1. Portland is also the pick to cover as it will sink enough free throws.