Home Latest News What You Can Bet On This Week 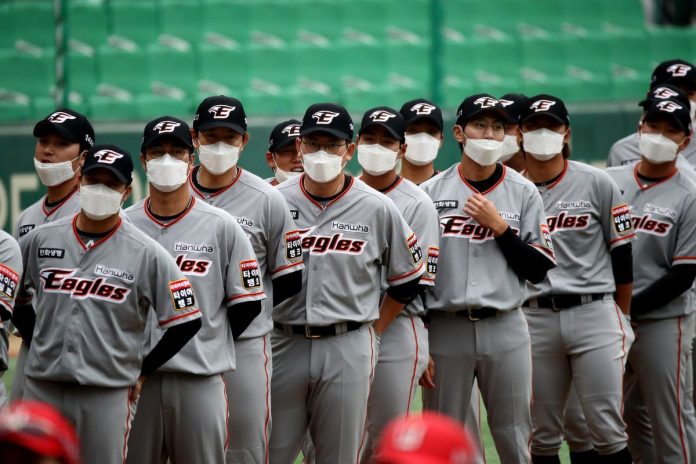 Sports fans got spoiled over the last week with three UFC events, Bundesliga soccer, and a charity golf skins game giving the betting public some live events to wager on. There is a minor break in the schedule of live happenings this week as we return to our regularly scheduled COVID-19 programming. We’ve seen a softening of the martial law imposed to keep residents locked inside. And because of this several states have opened for business with sporting events a hot topic. NASCAR has a rare midweek Cup Series race on tap at Darlington Raceway on Wednesday, one of several wagering opportunities available at online sportsbooks this week.

Looking to make up for lost time NASCAR returned to the oval on Sunday and will continue with a Cup Series race Wednesday at Darlington Raceway. The Toyota 500 is the second of four races in an 11-day span. Teams and drivers will head to North Carolina for two more races beginning Saturday. Kevin Harvick was triumphant in NASCAR’s return outpacing the pack in Saturday’s Real Heroes 400. With no practice time or qualifying the starting lineup for Wednesday was determined by the finishing order from Saturday. Ryan Preece finished 20th and will get the pole position. And that means Harvick will start 20th.

The PGA Tour pros showed us how it’s done. Now it’s time for some lesser known players to hit the links. Several minor tournaments are on top this week with betting odds available at BookMaker.eu for the West Florida Golf Tour’s Laurel Oak Spring Classic. The field opens play on Monday with Erik Barnes sitting atop the odds board.

Another state open for business is Arizona, which just happens to be where the Outlaw Tour is headquartered. First round action from the TPC Champions Classic gets underway Tuesday from TPC Scottsdale, home of the PGA Tour’s Phoenix Open. Korn Ferry Tour star Dylan Wu has played regularly in the desert and opened as the betting favorite at BookMaker.eu. Golf course operations in Arizona are an essential service which is why these mini tours have flourished during the pandemic. Ladies European Tour and LPGA Tour pro Carlota Ciganda is the betting favorite when the women’s Cactus Tour tees it up Wednesday in Mesa.

While Major League Baseball mulls over plans to get its season started, the Korean Baseball Organization has been up and running for a few weeks. The first-place NC Dinos extended their winning streak to six and improved to 10-1 with a win over SK Wyverns on Sunday. The Dinos open a series against defending champion Doosan Bears on Tuesday when the entire league resumes play. The CPBL in Taiwan is playing games with fans in the stands. Those two leagues are the only ones playing America’s pastime. Betting lines for games are available at BookMaker.eu.

More tracks have gotten the green light to resume operations, joining the few that have been open. Santa Anita and Golden Gate Fields in California will start running as will tracks in Ohio, New York and Illinois. That means the number of ponies to wager on increased by a couple of furlongs.

Until those tracks are good to go we have our old standbys still working. Will Rogers Downs and Fonner Park have races early in the week with Gulfstream Park and Tampa Bay Downs among other North American tracks running later in the week. You can bet the ponies at BookMaker.eu.

Simulated games have been all the rage during the coronavirus pandemic and BookMaker.eu is doing its best to keep everyone sane with a wide variety of sports sims from all the major sports. Fatigue isn’t a factor for our computer generated athletes so there’s always something happening. Games and tournaments using Madden NFL 20, NBA 2K20, MLB The Show 20 and NHL 20 take place all week.

Visit BookMaker.eu for a schedule and to place your bet, then go to Twitch.tv to watch the sims.

A big cleat tap to players and officials of Germany’s Bundesliga for becoming the first major European league to return to the pitch. Two matches are scheduled during the week before another busy weekend of competition. They never stopped playing in Belarus with games from that country’s premier league ongoing. Other nations have joined in with Hungary, Croatia and Poland back in action. BookMaker.eu has odds for all the matches when you’re ready to wager.

With more sports returning we can’t forget about the competitive video gamers who are still working. A number of leagues continue to battle it out in Counter Strike: Global Offensive. Gamers are also competing in Overwatch, DOTA 2, League of Legends and Starcraft 2 among others. The game of soccer is just as popular on computer consoles with a number of esoccer matches to wager on at BookMaker.eu. Check out the schedule and odds when you’re ready to make a wager.