Home Sports Betting Basketball Betting Who Will Emerge Victorious from the NBA Playoffs? 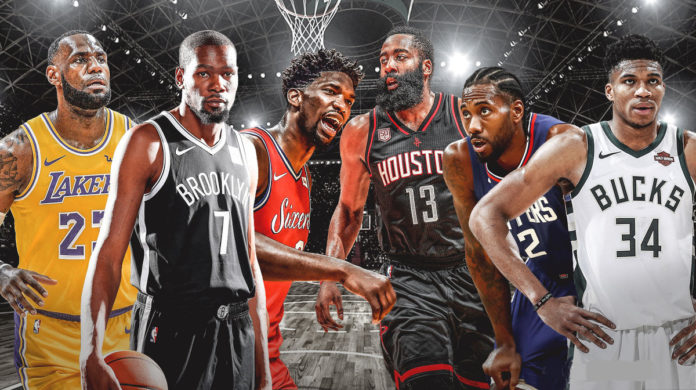 With each passing game we are drawing closer to the beginning of the NBA Playoffs. Although not everything is set in stone, both the Eastern and Western Conferences are starting to take their final form. In turn, those planning on NBA playoffs betting are starting to think about which teams are the favourites heading into the summer.

If you fall into this category, then you have come to the right place. Over the course of this article we will be taking a look at the Playoff picture in both Conferences, as well as analyzing which teams are best placed to make it all the way to the NBA Finals. Without further ado, let’s get cracking.

The Picture Out East

The playoff picture in the Eastern Conference looks rather different compared to last season. During the 2019/2020 campaign, the Bucks and Raptors led the way by some distance. Although Milwaukee looks set to once again earn one of the top seeding spots, Toronto’s postseason prospects hang by the thread.

This time around the Raptors thin squad appears to have caught up with them and they are currently quite a few games back from eighth spot. It is quite a fall from grace for the 2019 NBA champions.

The Brooklyn Nets meanwhile, have shot up the table this season. After scraping into the playoffs last year, they are many people’s favourites to win the entire conference this time around. The return of scoring machine Kevin Durant has been a huge boost for Steve Nash’s team but they have also been savvy in the trade market.

The Nets main challengers for top spot are Philideplhia. The 76ers have also enjoyed a significant rise this year, after finishing sixth in the East last time around. They possess one of the most exciting young rosters in the entire league, though their lack of experience could mean the Nets deal with the end of season pressure more effectively.

Elsewhere, the Atlanta Hawks and last year’s finalists the Miami Heat look shoo-ins for the postseason. The Heat’s progression through the playoffs last time out surprised many but there is nothing to stop them repeating the trick this season.

The remaining playoff spots will see an intense battle between the Charlotte Hornets, Boston Celtics, New York Knicks and Indiana Pacers. The Chicago Bulls may also sneak in if they manage to put a run together. All of these teams will be desperate to avoid the annoyance of the Play-in tournament in May and will be aiming to finish in the top six.

The Picture Out West

The top two in the Western Conference are unlikely to change. Spearheaded by the free scoring Donovan Mitchell and propped up by rebound machine Rudy Gobert, the Utah Jazz are looking dangerous. They will almost certainly finish in the top spot.

If anyone can stop them, it will be Phoenix. The Suns missed out on the Playoffs last season, finishing 10th. This time around they look impressive with their backcourt of Chris Paul and Devin Booker one of the most entertaining in the league.

Third position will likely go to the LA Clippers. After spending big in recent seasons, they will be disappointed not to take one of the top two spots. However, they will take solace from the fact that they are destined to finish above their crosstown rivals, the Lakers.

The best the reigning NBA champions can hope for is stealing away fourth spot from the Denver Nuggets, who were one of the surprise packages in last season’s Playoffs. The remaining three places are more open, although some teams’ hopes are stronger than others.

The Portland Trail Blazers look set to continue their fine record of reaching the postseason and barring a major collapse they should be joined by Luka Doncic’s Dallas Mavericks. The final Playoff spot will be a straight shootout between the Memphis Grizzlies, San Antonio Spurs and Golden State Warriors.

Now we have selected our 16 postseason teams, the Playoff predictions can begin. In the East, provided they avoid any injuries, the Nets will likely have no problem dispatching the eight seed and should also have enough to reach the Conference Finals.

In the final they could face the tough task of beating Giannis Antetokounmpo’s Milwaukee Bucks. The Freak from Greece will want to reward the Bucks for his recent five-year contract this postseason so he will be especially fired up. This should be enough to see them past the Philadelphia 76ers, who they are likely to meet in the semi-finals.

In the West we expect the Lakers to go all the way to the Conference Final. Along the way they will likely meet runaway leaders Utah but as we know the postseason is very different to regular matches. Their dream opponents from a neutral standpoint would be the Clippers and there is no reason why this will not happen.

Now, time for the big question. Which two teams will be contesting the NBA Finals this summer? There will be plenty of bumps along the way of course, but right now we are predicting a Lakers vs Nets series, which is destined to be one of most talked about Finals of all-time.