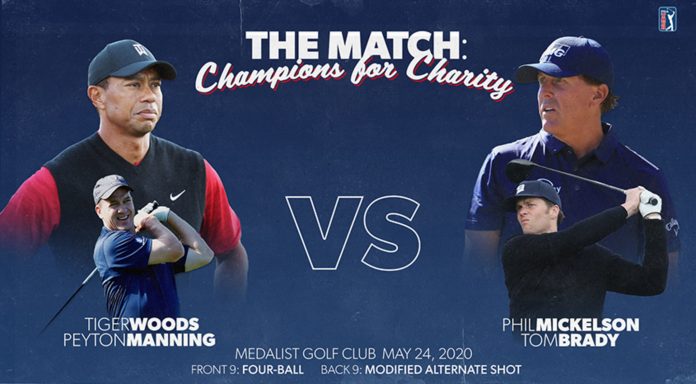 Four of the biggest names in sports meet on Sunday, as Tiger Woods and Peyton Manning take on Phil Mickelson and Tom Brady in Capital One’s The Match: Champions for Charity on TNT, TBS and truTV at 3pm ET.

Golf made a great comeback last week with Rory McIlroy and Dustin Johnson defeating Rickie Fowler and Matthew Wolff in a very exciting match for charity. This week we get another match that should be exciting and there is no doubt it will be entertaining, as Manning and Brady are famous trash talkers. “Tiger and I clamped up the first time,” Mickelson said to the media, “That won’t happen again. I think having Peyton there will be a big part of it because he gives me and Tom somebody to rough up. Peyton, when he comes back at you, he does it in a funny way that elicits a laughter from you as opposed to a defensive response.”

10 day countdown has begun. Tune in to TNT at 3 p.m. ET next Sunday, May 24th, to watch Peyton and I win. pic.twitter.com/KFYObvBguD

Let’s look at the event, golf odds and golf picks.

Will a Playoff be Needed?

Will there be a Hole In One?

Who will have the Longest Drive on Hole No. 1?

Which Team Will Win Hole No. 1? 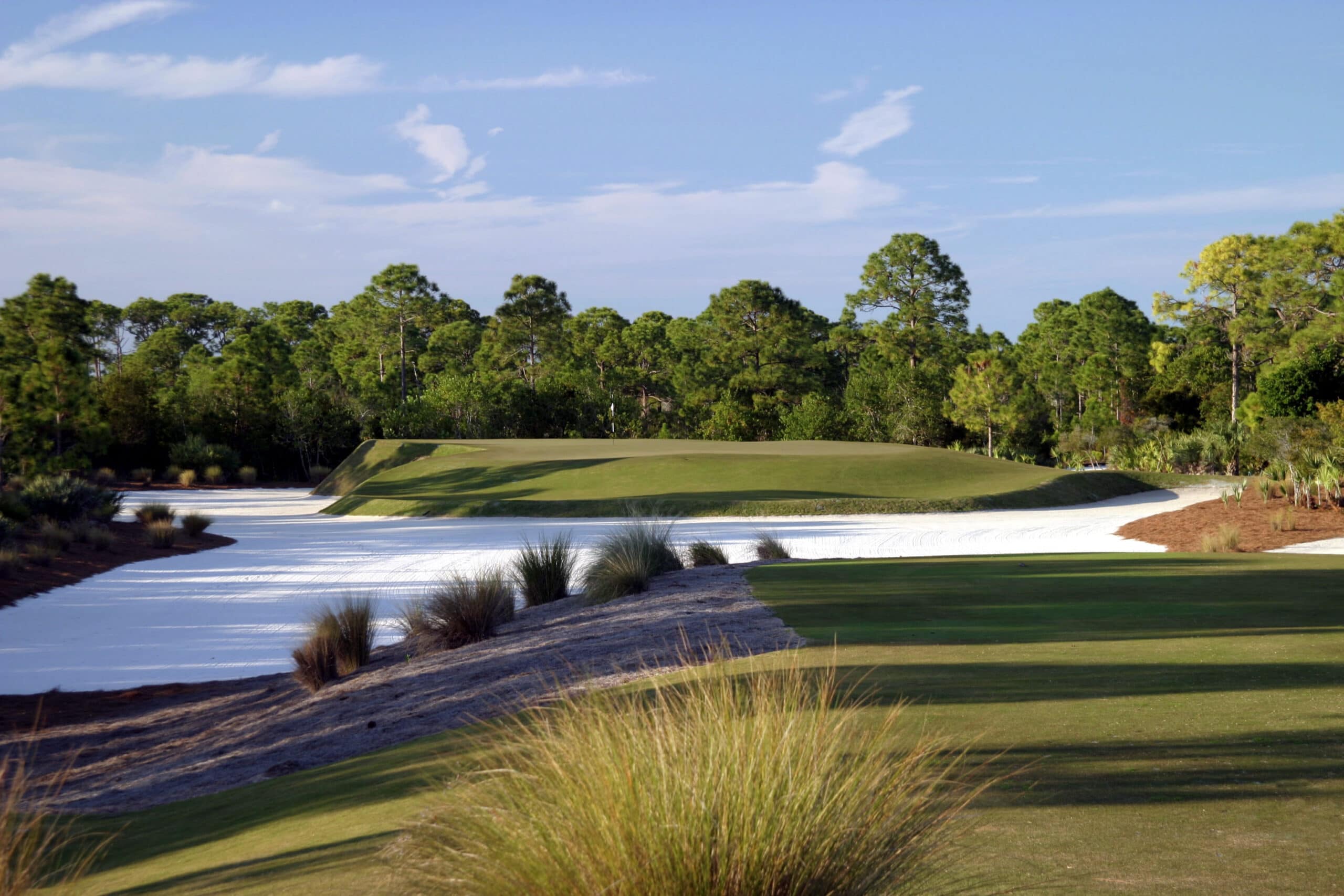 This event will take place at Medalist Golf Club in Hobe Sound, Florida. The players will play Four-Ball or oftentimes referred to as Best Ball on the first nine holes. The players will play a Modified Alternate Shot format on the back nine. In the Best Ball format, Manning and Brady will be getting a one shot handicap on a par 3, par 4 and par 5. Those holes will be determined in advance by the committee. The back nine will be an alternate shot after the teams pick the best drive. In the event of a tie after 18 holes, the teams will play the 18th again, but from 100-125 yards. 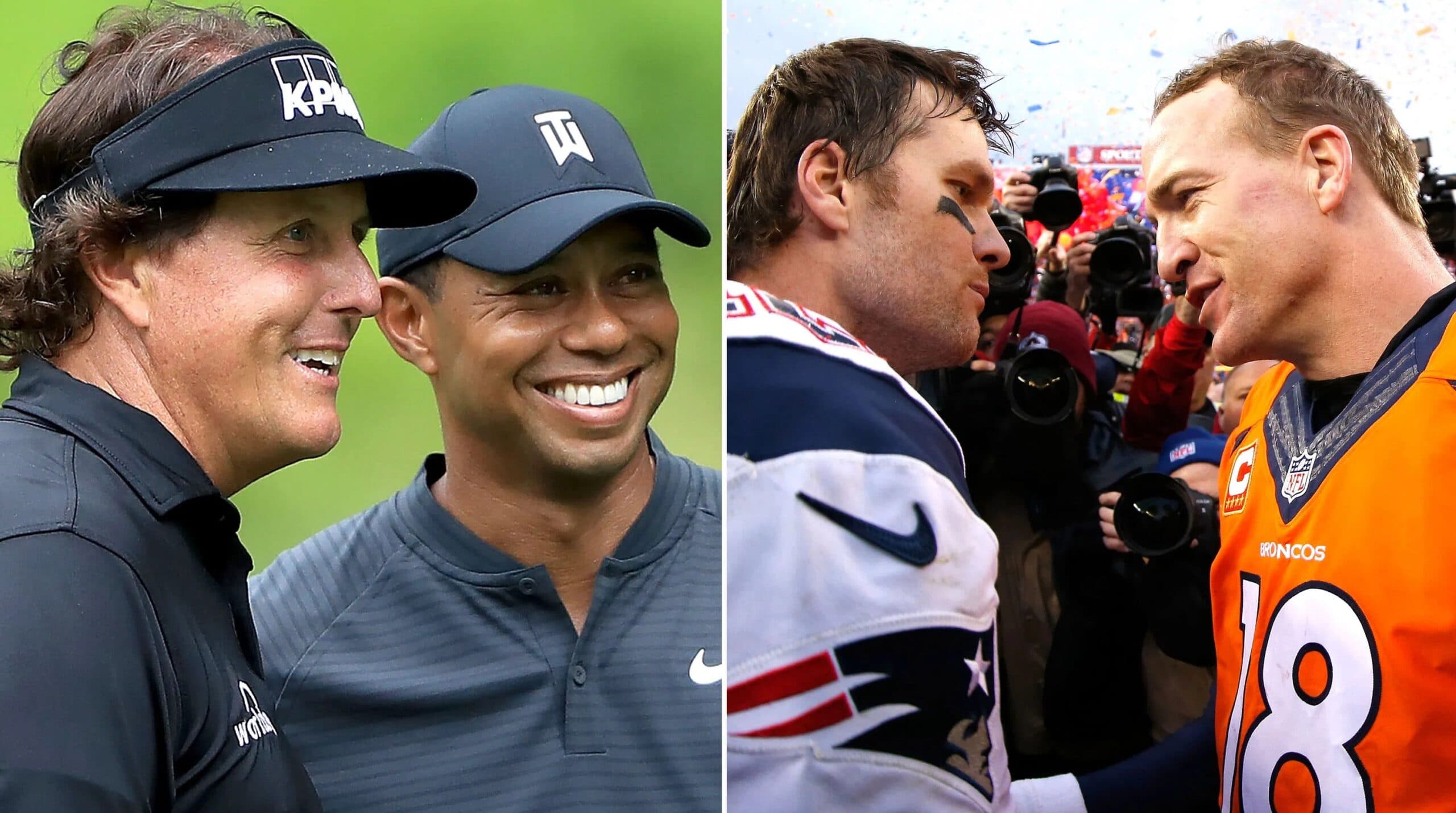 Woods and Mickelson met in 2018 in a head-to-head match and it was Mickelson winning in extra holes. Neither player was in top form in that event but it was Mickelson staying close enough to tie Woods late and win in a playoff. Woods is a better player than Mickelson at this point in their careers and for the most part has always been the better player. Woods is ranked 11th in the world, while Mickelson is ranked 61st. Manning is a slightly better golfer than Brady, as Manning has a 6-handicap, while Brady is an 8-handicap.  Mickelson said to the media that the pressure will be on Manning and Brady in this event. “I give them a lot of credit for putting themselves out there because there is going to be a unique pressure,” Mickelson said. “But that’s why it’s going to be so much fun, because we are going to have mishaps and we are going to have some bad shots and we are going to laugh at ourselves.” 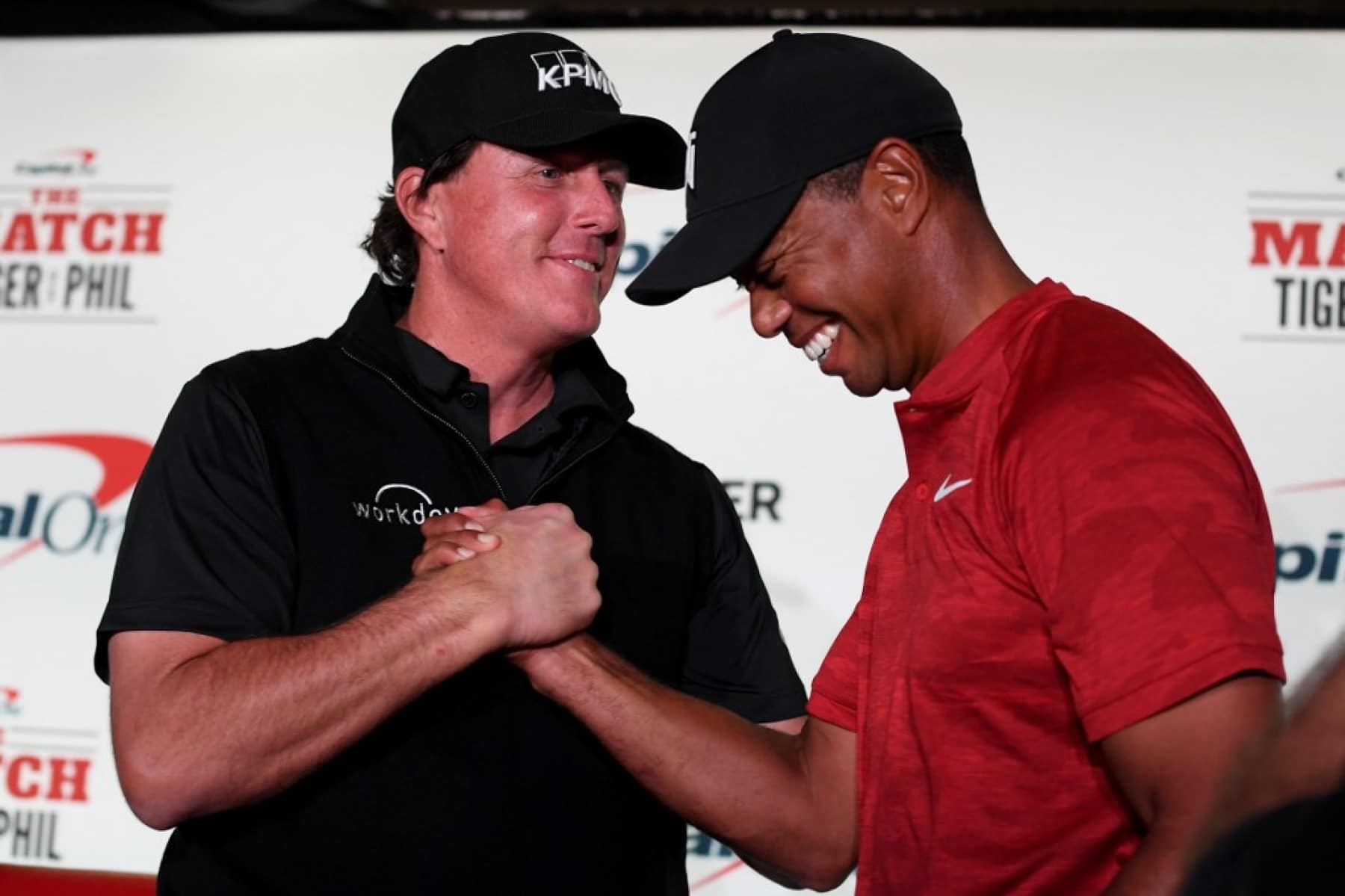 It should be noted that Tiger has never been that great in these types of events. He is just 4-5 in these made for TV events. The advantage that Tiger has this time around is that the event will be played on his home course. Mickelson said that Tiger playing on his home course will not matter. “I can’t wait to go to Tiger’s place and take him down,” Mickelson said to Golfweek. “Tiger thinks he has a huge advantage playing there because he was insistent that this event is played on his home course. Despite everyone else wanting to play it elsewhere. That’s fine. We’ll take it to him and Peyton. There will be no excuses. It’s his home course but Tom and I are going to go down there and put it to them, and we’ll make it that every time Tiger shows up at his home course, he’ll have a bad memory.”

Reason: Despite what Mickelson said, Woods has a huge advantage playing at his home course of Medalist, while Mickelson had never played it until this week. This event will be like last week and that means no caddies. Players will have to read the greens on their own and that will give Tiger a huge edge over Phil. It also doesn’t hurt that Tiger is teamed up with Manning who is a slightly better golfer than Brady. I think all of the edges are with Woods and Manning, so I will lay the price and take them to win this event. If you want to play a prop with a lower price then taking Woods and Manning to be leading after 9 holes at -110 seems like a good choice.