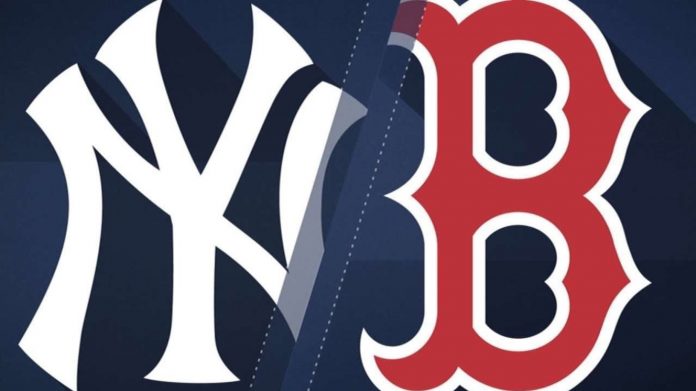 If it seems like the AL East rivals just played it’s because … well they did. A four-game set in the Bronx last weekend was cut to three games thanks to a COVID induced postponement with the New York Yankees winning twice over the Boston Red Sox. The clubs continue their fierce rivalry with another scheduled four-gamer at Fenway this weekend.

The Bombers have to feel good after finally breaking the seal against the Sox. They came up short in the first seven games of the season series before taking the last two last week. It also sparked a mini-winning streak that the Yanks hope lead to bigger things in the second half.

It’s been a tale of two seasons in this bitter rivalry. The Yankees owned the series last year winning nine of 10 games, but the script flipped in 2021. Boston’s resurgence has also been felt by New York with the Sox winning the first seven games. New York ended that run last week with a 3-1 victory behind Friday’s scheduled starter Gerrit Cole. They then sliced into Boston’s lead in the division with a 9-1 win on Sunday.

The Yankees extended their winning streak to three beating Philadelphia 6-4 on Tuesday. They hit four homers and got a save from struggling closer Aroldis Chapman in a sign that maybe things are looking up. “Another really good step forward,” Aaron Boone said afterwards. There’s still a lot of catching up to do in order to escape from the hole they put themselves in, but you have to start somewhere. And they have a good shot Friday with Cole on the bump.

The Sox didn’t let losses to the Yanks last week carry over. After scoring only one run in each of the last two games of that series they showed off the bats in a two-game sweep of Toronto scoring 20 runs. The Sox boast one of the top offenses in the league averaging nearly 5.1 runs per contest while raking at a .258 clip to place among the top-5. It hasn’t translated at the betting window with the UNDER is 48-42-5. They are a good bet on the moneyline, though, up 1,529 units heading into this series.

The Yankees always have a chance with Gerrit Cole (10-4, 2.63 ERA) on the bump, right? Well, you’d think so since he’s won 10 of his 14 decisions, but it’s been a 50-50 proposition with the ace. The Yankees are just 10-9 in games Cole starts. He’s been brilliant in his last two outings, though, giving up just one run in eight hits with 23 strikeouts over 15.0 innings. He tossed a complete game shutout in his final start before the All-Star break allowing three hits in a 1-0 win over Houston.

He gave up three homers and five earned runs to the Sox in a 9-2 loss in Boston on June 27, part of a stretch where he struggled mightily, at least by his standards. He responded by shutting down the Sox last time out fanning 11 with one run allowed in 6.0 frames in a 3-1 win last weekend. He’s pitched to a 2.79 ERA over his last five starts against the Sox going 2-1 in those games.

The Sox will be tough to catch over the second half if Eduardo Rodriguez (7-5, 5.19 ERA) regains his form. He’s showing signs with two shutout starts in his last three, including a masterful performance against the Yankees last time out. The lefty allowed two hits with eight strikeouts over 5.2 innings with the Sox cruising to a 4-0 shutout. Two starts prior Rodriguez allowed only one hit over 6.0 shutout innings against the A’s. He was saddled with a ND after the bullpen failed to hold a 2-0 lead. The Sox eventually won the game 3-2 in extras.

You don’t often see a starter with an ERA over 5.00 have a winning record, but that’s the case with Rodriguez thanks to a healthy offense. The Sox scored at least six runs in nine of his 18 starts posting an 12-6 record with the OVER going 7-2-1 in his last nine.

Whatever was bothering Cole has apparently been remedied. He’s been dominant the last two starts and completely shut down the Sox last weekend. He’s had success against the Sox recently with that bad outing last month an outlier. Good pitching stops good hitting and the Sox will struggle to score giving value to the UNDER. And I like the Yankees to do damage now that they are on a roll.

Check out all available Yankees vs Red Sox odds.