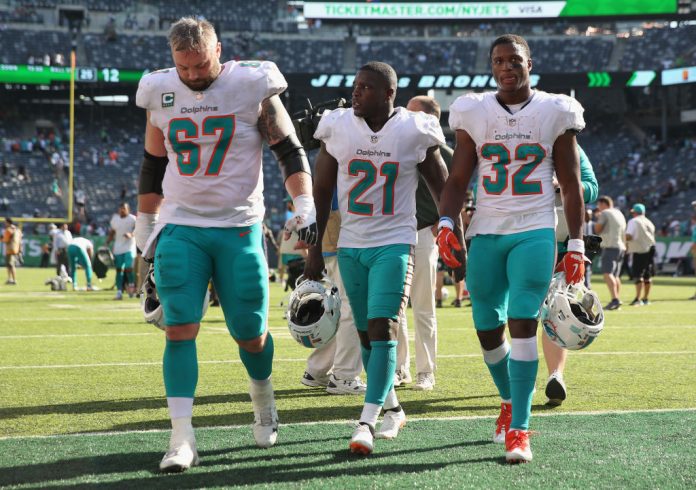 The 2019 NFL season is here and even though your favorite team stinks and probably won’t make it to the playoffs, there is still a way to make a few extra bucks on them anyway. That’s right, how about throwing down on your team finishing the season with the worst record in the NFL in 2019.

The league tries hard to keep teams from sitting at the bottom of the standings for too long, rewarding the last-place overall finisher with the top pick in the following year’s draft. And the strategy has worked for the most part with no team going back-to-back at the bottom of the league standings since realignment in 2002 until the Tennessee Titans tied for the low mark in 2014 and 2015.

The Titans looked like Super Bowl contenders compared to the 2015-17 Cleveland Browns. Tennessee saw its win total improve from two victories in 2014 to three the following year, proof that they were doing things right. Slow, but right. The Browns dysfunction was much worse. They actually went the other way with wins decreasing until they couldn’t get any less than the zero they obtained in 2017.

-Baker Mayfield: “People want us to fail, just because the hype is real”

The #Browns are currently:

Sometimes it takes longer for an organization to realize a rebuild is in order. The Arizona Cardinals have had some sad seasons in their history, but it was nearly two decades since they were as awful as their league-worst 3-13 mark last year. A coaching change and No. 1 overall pick Kyler Murray should prevent a repeat. Who is the favorite to finish at the top, or the bottom depending on how you look at it? The Miami Dolphins are going through the rebuild process and oddsmakers at top NFL sportsbooks have them pegged as the favorite to finish worst overall in 2019.

Most NFL teams are an injury or two away from competing for the worst record in the NFL. A good example was the San Francisco 49ers, who entered 2018 with Jimmy Garoppolo and playoff aspirations. Well, an early injury to their starting quarterback set the Niners back and they finished just one-game better than Arizona in the overall standings. And they lost both games to their NFC West rival. While the record said otherwise, the Niners were probably closer to being the worst team last season.

The point is that an injury to a key player, and when I say key player I mean quarterback, can disable a team. Teams with shaky situations at the most important position on the field are most vulnerable. When a team has two quarterbacks it really has none. That’s why the situation in Miami is exposed. Ryan Fitzpatrick or Josh Rosen? Pick one and let’s move on.

There is plenty of optimism surrounding the Cardinals in 2019. They moved on from the failed Steve Wilks experiment opting for an offensive-minded coach in Kliff Kingsbury to develop top pick Murray. Will that be enough to get the Cards out of the basement? The problems in the desert run much deeper, but I do think things are looking up and the Cards will win more games this season.

One team that I don’t have much faith in is Cincinnati. They’ve been on a downward spiral for a few years and outside of hiring a new coach with little NFL experience, the organization did nothing this offseason. Zac Taylor might be a fine get, but he doesn’t have a lot to work with and the Bengals are in a competitive division that will likely slap plenty of Ls on them.