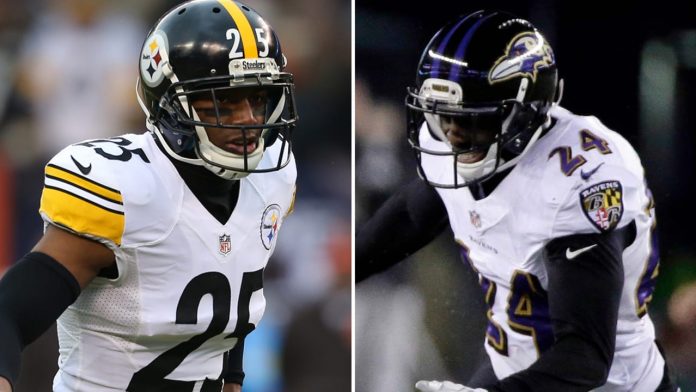 Assuming the Baltimore Ravens can field a competitive team, or at least have the minimum number of players in uniform, their game against AFC North rival Pittsburgh Steelers will take place on Tuesday night. We should be talking about the undefeated Steelers instead COVID is taking all the headlines, along with a number of Ravens players over the last week. The Ravens have put 18 players on the reserve/COVID-19 list the last few days, including reigning MVP Lamar Jackson. They are also looking to keep their postseason hopes alive after dropping three of their last four games.

The matchup between the Baltimore Ravens and Pittsburgh Steelers will take place on Tuesday, December 1, 2020, at 8 p.m. ET at Heinz Field in Pittsburgh. The game will be televised nationally on NBC. Given the uncertainty of the game and who is actually going to play for the Ravens, oddsmakers have been hesitant with the line. Depending on which shop you visit the Steelers are anywhere from a 9.5 to 10.5-point favorite. And considering nearly 30 percent of Baltimore’s 53-man and practice squad roster is on the COVID list, you can expect that number to change up until the game is actually played. The game has already been moved several times. It was supposed to be played on Thanksgiving night before all hell broke loose at Ravens camp. The NFL switched it to Sunday, but still the virus lingered making Tuesday the target date. The Ravens just want to play considering they’ve dropped three of four and have fallen out of the AFC playoff race.

Though the Steelers have been diligent about combating the virus, the ripple has affected them as much as any team in the league. They had an earlier game rescheduled and lost their original bye week to accommodate other teams. Now they have to deal with this. But they aren’t immune to COVID losing running back James Connor, who was placed on the COVID list. The Steelers beat Baltimore outright 28-24 in Week 8 catching 4-points on the closing line. They covered their last two games and have been the best bet in the NFL going 8-2 ATS. With Jackson and third-stringer Trace McSorley out the Ravens will turn to Robert Griffin III against the Steelers. The only other healthy quarterback is practice squad player Tyler Huntley. RG3 has completed both of his passes this season, unfortunately one of them went to the other team. Officially he’s 1 of 2 for nine yards and has started just once in the last four seasons. And with the Ravens needing a win to stay in contention, that’s a lot of pressure on the former No. 2 overall pick. And what’s worse is that the Ravens’ top ranked run game got hit hard by the virus. Not only is Jackson out, but so are Mark Ingram and J.K. Dobbins. Those three have combined for over 70 percent of the team’s rushing yards.

Baltimore hasn’t been as dominant on the defensive side of the ball either. The Ravens allowed 173 rushing yards to each of their last two opponents and will be without Calais Campbell and Brandon Williams, two big run-stoppers who clog the middle. Those two were sorely missed the last two games, both outright losses to drop the Ravens to 4-6 ATS. The Steelers seemingly have an advantage with fewer players out due to the virus. But this is always a battle and the Steelers were thankful to escape the earlier meeting with a victory. The offense sputtered producing just 221 total yards, but the defense more than made up for it. The unit forced four Jackson turnovers, including a pick-six from Robert Spillane, while sacking Jackson four times. The Steelers top the NFL with 38 sacks and 21 takeaways. Their plus-12 turnover differential is also the best in the league as is their 17.4 points per game allowed.

Offense might be an issue again without leading rusher Conner in the backfield. Running back Jaylen Samuels has already been ruled out with a quad injury. That leaves Benny Snell as the starter. Snell rushed for 113 yards in the season-opener after replacing an injured Conner. He’s been used in a limited role since totaling just 195 yards on the ground. Ben Roethlisberger is having a strong season climbing into the MVP discussion with 2,534 passing yards and 24 touchdowns while completing more than two-thirds of his throws. There are some trends in the series that favor the Ravens. The visiting team is 6-1-1 ATS in the last eight meetings and the underdog has covered in nine of the previous 10 matchups. But that was before COVID ravaged Baltimore. The Steelers are a big favorite and despite the hatred the teams have for each other, that’s not enough for the visitors to take this one. I’ve got the Steelers minus the points.