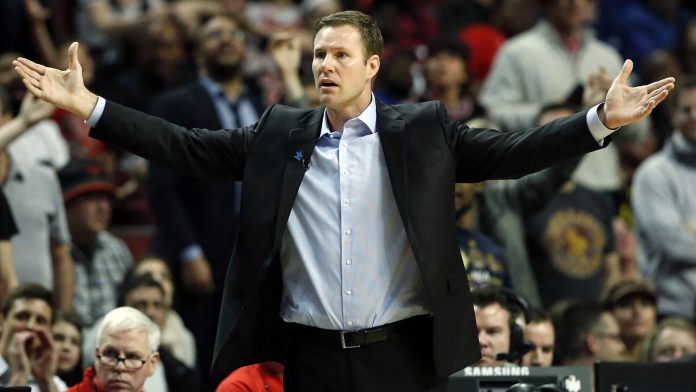 Michael Jordan nailed plenty of big shots in his NBA career. He nailed another one when he was asked about the formation of “super teams” in the NBA.

Jordan may be overreacting just a bit as there are at least five really good teams in the NBA this year. As far as the other 25 are concerned? Let’s just say there are going to be some resumes dusted off over the course of the next couple months as the coaching carousel turns.

Most of this is, of course, not fair on coaches. Take Fred Hoiberg, for example. Hoiberg came from Iowa State to coach the Bulls, and he took over a team that was starting to fall apart. Jimmy Butler was the only notable player on the team, and he failed to build a “Big Three” around him. After two seasons hovering around .500, the brass in the Windy City pulled the rug out from under Hoiberg and traded Butler for a box of basketballs in the offseason.

A team that revolves around Kris Dunn, Zach LaVine and Robin Lopez is sure to fail miserably this season in a division with the improving Bucks and Pistons as well as the dominant Cavaliers.

Hoiberg is inevitably going to get fired. He knows it. The front office in Chicago knows it. And everyone around the NBA knows it. That’s why “The Commissioner” is the favorite to be the first coach fired at +250.

That said, Hoiberg isn’t the only man in a no-win situation.

Alvin Gentry is a good basketball coach, and that’s why he keeps getting jobs all over the NBA. He’s in a horrible spot right now, too. Just like Hoiberg, this is his third year with the Pelicans. Just like Hoiberg, he’s coaching a team that has zero chance to ultimately compete.

At least Gentry is going to have a shot to have a playoff team this year. He’s got two really talented superstars on his team in Anthony Davis and DeMarcus Cousins. The rest of the team is a dumpster fire, though.

In the West, New Orleans stands absolutely no chance against Golden State, Oklahoma City, Houston, San Antonio, Denver and Minnesota, and that’s without even flinching. The last two playoff spots in the West should be intriguing to follow, but there’s no guarantee that Gentry even keeps his job if he gets the Pels that far.

A bad start to the season will inevitably see Gentry canned, and that’s why he’s the second-favorite to lose his job first at +300.

Take your pick of the other men who are destined to be fired. Dave Joerger is fighting an impossible battle in Sacramento. Frank Vogel is coaching a perpetual rebuilding process in Orlando. Nate McMillan hasn’t been able to beat Cleveland in the playoffs, and the team was dismantled around him in the offseason. Frustration is mounting in Toronto with Dwane Casey and his lack of ability to take the Raptors to the top the Eastern Conference.

Even wagering on the field to be the first coach fired at +400 would make a lot of sense. After all, if you’re not one of those “super teams,” you’re nothing but garbage.