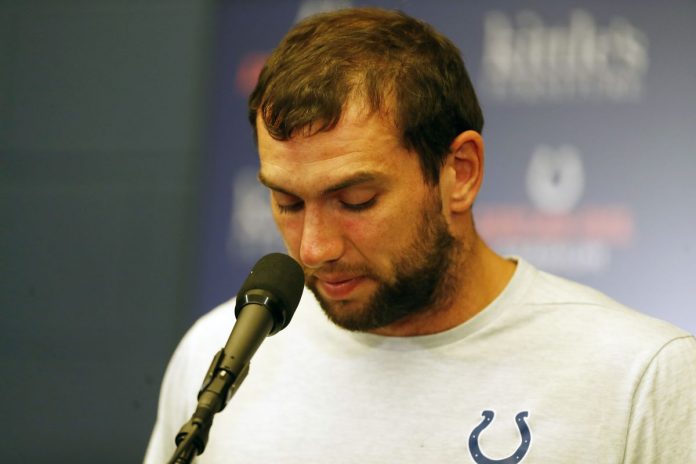 Shockwaves were sent through the NFL on Saturday night when news broke that Andrew Luck had informed the Indianapolis Colts that he was retiring from football. No one expected that Luck would retire from football at the age of 29 after signing a massive contract a few years ago, and the Colts have gone from the favorites in the AFC South to a team projected to finish the season with a losing record according to the updated NFL win total odds.

Indianapolis Colts Betting Odds (Before and After)

Prior to Luck’s announcement, the Indianapolis Colts’ Super Bowl odds were +1600. Some were calling Indianapolis a dark horse this year given their weak division and the way the Colts ended last season. They beat the Houston Texans in the Wild Card Round before falling to Kansas City in the Divisional Round with Luck looking sharp in his first year back from injury. He threw for over 4,500 yards and tossed 39 touchdowns compared to 15 interceptions in his second-most productive season yet.

Indianapolis was the favorite to win the AFC South before Saturday, but the Colts are now tied with the Tennessee Titans as the team with the worst odds in the division. The new favorite per the AFC South betting odds is Houston, which makes sense considering the Texans have won three of the last four division titles. The Texans are now the only team with a proven commodity at quarterback in Deshaun Watson, but he has to stay healthy for this team to win the division.

We often ask how valuable a player is to a team, but it’s rare that we get such a definitive example of one player’s worth. Indianapolis’ playoff odds rose considerably after Luck made the decision to step away from football, and the Colts win total betting odds dropped from 9.5 to 7.5. Few players in the NFL are worth a full two wins, but franchise quarterbacks are hard to come by.

Andrew Luck’s retirement was especially strange considering what he went through to come back from a shoulder injury that kept him out through all of 2017. Some worried then that Luck would never be able to play football again, but he was able to surpass virtually all expectations with his performance last season. There has been no word about the specific injury that made him decide to walk away from the game, but he stated that he was mentally worn down and the Colts had reportedly known about his intention to retire for the last few weeks.

That means Jacoby Brissett will come into the season as the Colts’ starting quarterback. Brissett started 15 games when Luck was injured during the 2017 season, and he posted decent numbers even though the team went 4-11. Brissett completed 58.8 percent of his passes for nearly 3,100 yards and only threw seven interceptions.

Brissett becoming the starter means that the offense will change significantly. TY Hilton will not be as much of a deep threat, but Eric Ebron and Jack Doyle are probably going to have big years. Brissett dinked and dunked a lot in 2017, and it’s very likely he will use his tight ends a lot this season too.

It’s hard to see a path for Indianapolis to win the division with Luck retiring, but I wouldn’t immediately jump on Houston. The Texans have not been able to protect Watson, and the front office situation is a mess. Jadeveon Clowney isn’t happy, and Lamar Miller’s season-ending injury limits what the Texans can do on offense.

Jacksonville is tempting, but we’ve been down this road with the Jaguars. The defense can be elite, yet there is no guarantee they won’t collapse if the offense continues to underachieve.

My pick to win the division is Tennessee. The Titans aren’t a sexy choice, but they have finished 9-7 for three straight seasons and have a fantastic defense. The AFC South is likely to be the weakest division in football, so Tennessee is worth a flyer given the divisional betting odds.