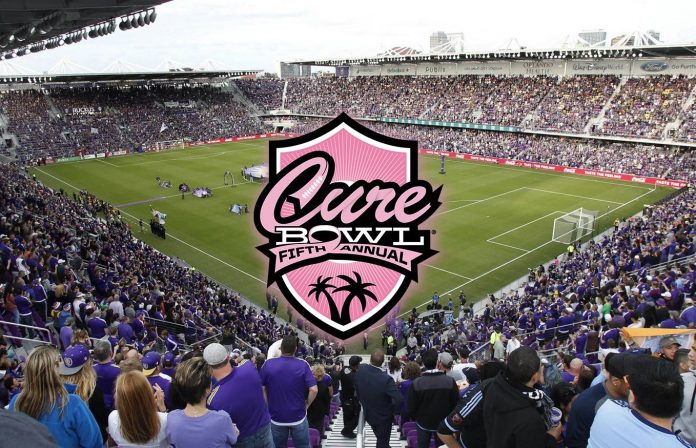 A matchup between two newcomers to the FBS might be the best bowl game on this season’s slate. The Cure Bowl gets two ranked Group of Five clubs that combined to go 20-1 when the unbeaten Coastal Carolina Chanticleers take on the Liberty Flames. The teams have a history from their time in the FCS Big South Conference and will get the chance to play each other after an earlier scheduled game was shelved over COVID concerns. No team had a better record than Coastal’s 11-0 mark, which puts them as a converted touchdown favorite on the college football betting line.

The Cure Bowl between the Liberty Flames and Coastal Carolina Chanticleers will take place at Camping World Stadium in Orlando, Fla. at 7:30 p.m. ET on Saturday, December 26, 2020. The game will be televised live on ESPN. 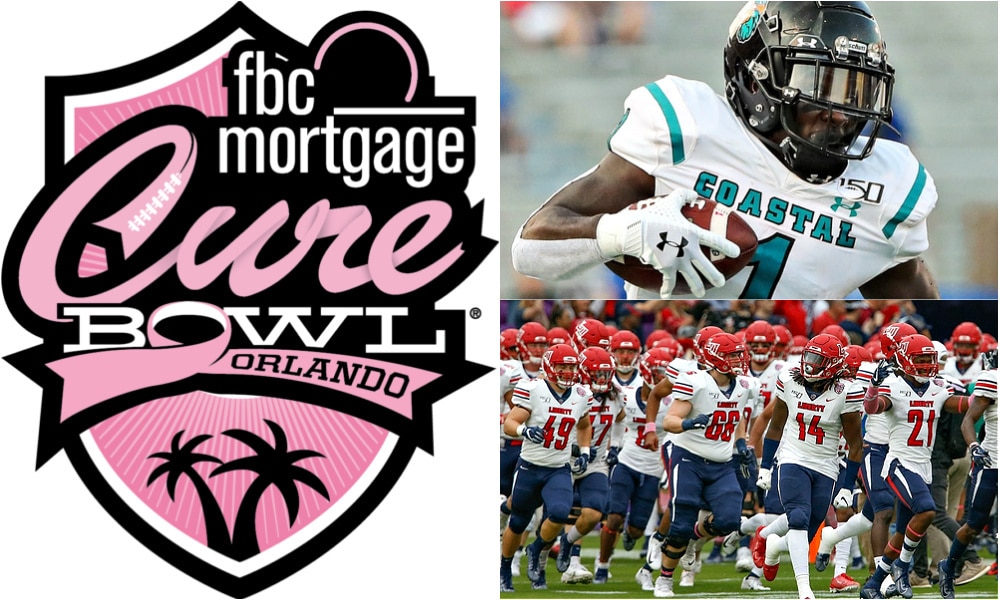 Not only were the teams good, they were profitable as well, so unless we see a half-point tacked onto the closing line we’ll probably get a push. As it stands right now Coastal is laying 7-points. The Chanticleers closed the regular season with a 42-38 comeback win over Troy to finish 11-0 SU. They failed to cover the 12-point spread, though, falling to 8-2-1 ATS. On their way to the first unbeaten regular season in school history and in the Sun Belt Conference, Coastal picked up wins over ranked BYU and Louisiana as well as a victory over Power 5 member Kansas.

The Flames are a blocked field goal away from matching their opponent in the loss column. Their only setback came in the penultimate regular season game at NC State, 15-14, when the potential game-winning kick in the final minutes was erased. The Flames covered the 4-point line and followed that with a 45-0 drubbing of UMass in the finale as a 35-point favorite. The Flames covered their last seven games going 8-2 ATS for the season. The opening total was wagered up a half-point to its current 59.

COVID caught up with the Flames, who haven’t played since dismantling UMass on Nov. 27. Their scheduled game with Coastal on Dec. 5 was canceled after a positive test. That didn’t prevent the contest from taking place, though. The teams are familiar with each other having competed in the Big South Conference before both programs recently reclassified to FBS status. The Flames also have a few notches on their belt with a pair of Power 5 victories over Syracuse and Virginia Tech. In their first season of eligibility the Flames won a bowl getting a payout over Georgia Southern 23-16 in last year’s Cure Bowl.

Auburn transfer Malik Willis leads an offense that ranks in the top-20 nationally in points and yards. The Flames scored at least 30 points in eight of their 10 games and four times they reached the 40-point mark. Willis is the only player in the FBS to rank among the top-20 in passing touchdowns and rushing scores. He’s thrown for 2,040 yards and 20 TDs with a team-high 807 rushing yards and 10 touchdowns. A tight defense surrenders just over 301 yards and 19.2 points per game.

We won’t compare Coastal with Alabama, but it is worth noting that they are the only two programs to go 11-0 during the COVID-ravaged regular season. While Bama does this every year, Coastal came out of nowhere. The Chanticleers joined the FBS in 2017 posting a 13-23 record with no more than five wins in the previous three campaigns. They were denied a chance at winning their first Sun Belt championship when their game with the Ragin’ Cajuns was called off over virus issues within the program, but they will make their first bowl appearance. “We made this move in 2016 for opportunities like this, to go compete in bowl games. Hopefully that will be something that’s a yearly deal,” coach Jamey Chadwell said.

Coastal leans more on the running game, but Grayson McCall can be effective throwing the ball. CJ Marable is the workhorse back going for 844 yards and 12 touchdowns on the ground. McCall is the team’s second leading rusher with 473 yards and Reese White and Shermari Jones both have over 370 rushing yards. The Chanticleers average 223.2 rushing yards and are 18th in the FBS in points per game. McCall had a big day in the comeback over Troy throwing for 338 yards and the game-winning touchdown with 35 seconds left to keep the perfect record intact. 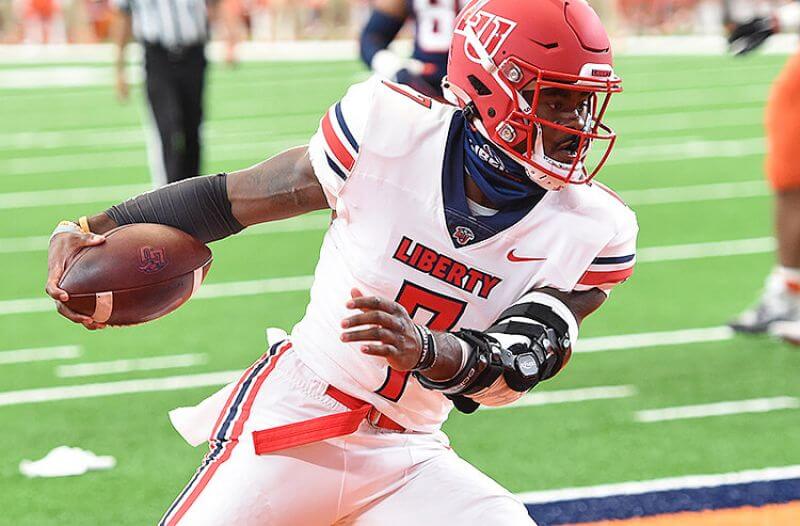 It’s a shame one team has to lose this game. Both have been strong against the spread which has me leaning toward Liberty and the points. But having an extended period of time off could affect the Flames. Coastal’s magical season needs a storybook ending and they get it with a win, though it’s going to be close. And with two dynamic offenses the OVER looks like a good bet.