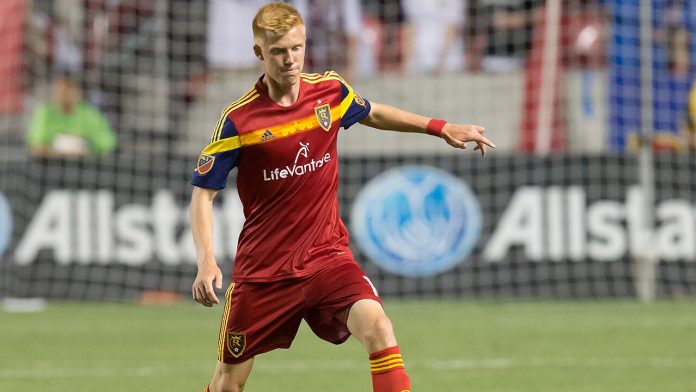 Those in the know predict great things for Justen Glad, and if you were to bet a pound or a dollar on who will bring the US back to the top flight of international football, you could do a lot worse. The West Coast lad from Pasadena is only 20, but is exactly the sort of talent around whom the USA can build a team for the future.

Glad signed with Real Salt Lake as a homegrown player three years ago, just weeks after his 17th birthday. Now, with the 2017 regular season at an end, he can look back with pride on how far he has come, and more to the point, can look forward to genuinely exciting times ahead. 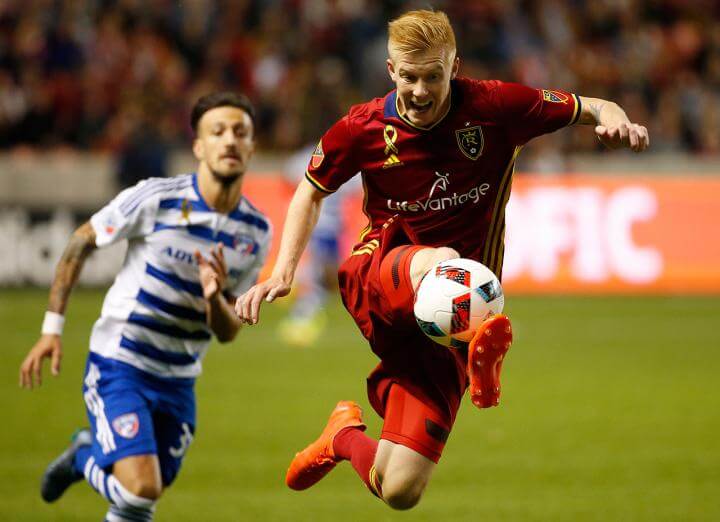 It was a case of so close yet so far in as much as the playoffs went, with RSL ultimately finishing a point shy of clinching a berth, but in the long term, that is not really what matters. Despite missing half the season through injury, Glad managed to finish 18th on the MLS 24 under 24 list, and would undoubtedly have been in the top five had he been available for the entire season.

Playoff prospects – what are the odds?

As the MLS season enters the playoffs stage, fans and gamblers alike are studying the odds like never before. One of the interesting side effects of the mobile revolution is that with all the new betting sites sprouting up, tournaments the world over are garnering a global following. As such, there has never been more interest in major league soccer.

Toronto romped home comfortably in the Eastern Conference, and it is only to be expected that they are the hot favourites to be crowned champions at 9/4. New York are seen as the team most likely to trip them up along the way, and are being offered at 6/1, but don’t rule out the possibility of a Western Conference winner. Seattle have looked strong all season, and 8/1 are very tempting odds.

For Justen Glad, and the other promising youngsters in MLS, league glory is important, but international recognition remains the holy grail. It is surely only a matter of time before Glad represents the senior team, having already represented his country at U17, U18 and U20 levels.

US soccer is still smarting from missing out on World Cup qualification for the first time since the 1980s, and thoughts will already be turning to Qatar 2022. Players like Glad need to be part of the furniture in the international set up here and now if the US is to make a return to the success of the early 00s, when the team memorably made the quarter finals in Ulsan.

The next international fixture will be a friendly against Portugal at Estadio Algarve in November, and will provide the perfect opportunity to take the first steps towards a successful future. Will Glad be on the plane? We can only wait and see.