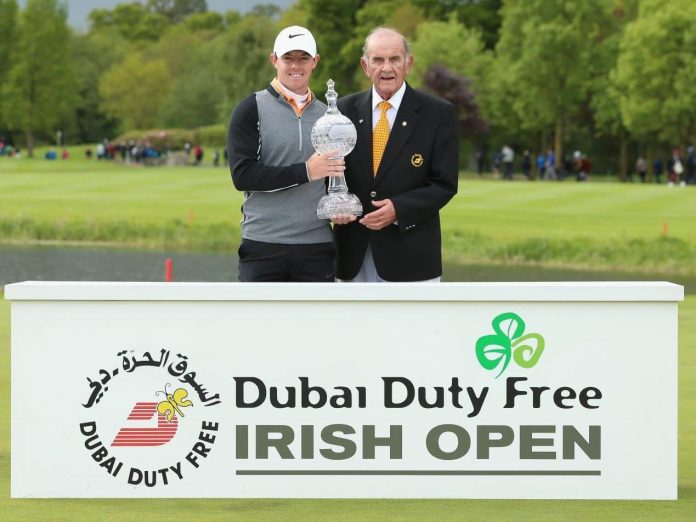 The European Tour continues to heat up at this week’s Dubai Duty Free Irish Open hosted by Rory McIlroy, who also happens to be the defending champion.

The event has evolved into one of the premier tournaments on the schedule in the past few years. The Wednesday pro-am features multiple celebrities, followed that night by a concert by Two Door Cinema Club. The event is now a part of the Rolex Series with a purse of $7 million. Oh, and the betting field is pretty strong as well.

Led by McIlroy, the field features superstar players including Hideki Matsuyama, Jon Rahm, Justin Rose, Thomas Pieters, Tommy Fleetwood, Lee Westwood and Rafa Cabrera-Bello. McIlroy and Matsuyama are the betting favorites but don’t sleep on the rest because all could make some noise this week.

The tournament moves to Portstewart Golf Club. The layout measures 7,004 yards and plays to a par-72. The front nine is played through very high sandhills and tiny valleys. In contrast, the back nine is more wide open with raised greens where the wind howls off the sea. The wind will be a huge factor this week and will play havoc on those who are not hitting it solid.

Last year, tournament host McIlroy captured his first Irish Open in stylish fashion, smashing a 5-wood 252 yards over water on the 17th hole to secure the win. McIlroy trailed Russell Knox by a stroke with three holes to play, but as Knox was making bogeys, McIlroy made eagle and the tournament was his. It was McIlroy’s 13th win on the European Tour.

The player that can control his ball flight in the wind will come out on top this week. We are looking for solid ball-strikers with experience on links style courses.

Lee Westwood +3050 is a perfect 12 for 12 in this tournament dating back to 1996. The conditions are ripe for a solid ball-striker and Westwood is just that, a solid, solid ball-striker. He finished 10th last week in Paris, and I feel like the veteran has a few wins left in his tank.

Matthew Fitzpatrick +2300 posted on Twitter that the airlines lost his clubs on the way to tournament so right off the bat things aren’t going well for the Englishman. Add to the fact that his game is not in good form (missed the cut in Paris), and his track record on Scottish courses is pathetic, going 2 for 7, I would stay clear of Fitzpatrick this week.

I’m stubborn! Last week I predicted Tommy Fleetwood +1600 would not play well at an event where he hadn’t made a cut in four tries. Well, he proved me wrong by winning the tournament. This week he’s 1 for 5 in made cuts. He has to be running out of gas considering all the golf he’s played in the past month. I’m fading Fleetwood again this week!