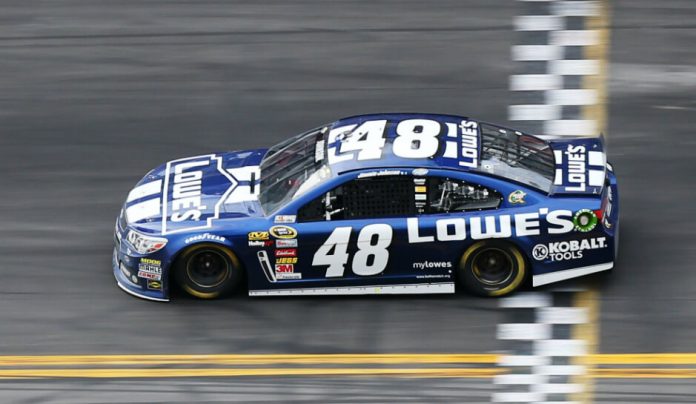 Jimmie Johnson and his #48 Chevy team have been driving phenomenally for years. Fittingly, the team even got to coin the phrase “Drive for Five” when Johnson captured his absolutely unprecedented fifth championship in a row from in 2009.

When Johnson snared his sixth championship in 2013, it moved him within one win of the great Richard Petty–who retired with seven NASCAR titles to his name–and Dale Earnhardt, who tragically died after claiming seven championships of his own.

Enthusiasts have said that the change to the “Chase” format (where drivers put it all on the line in a short series of races at the end of the season) would be the end of Johnson as a championship threat. They said that he’d never match “The King” and “The Intimidator,” let alone surpass them. 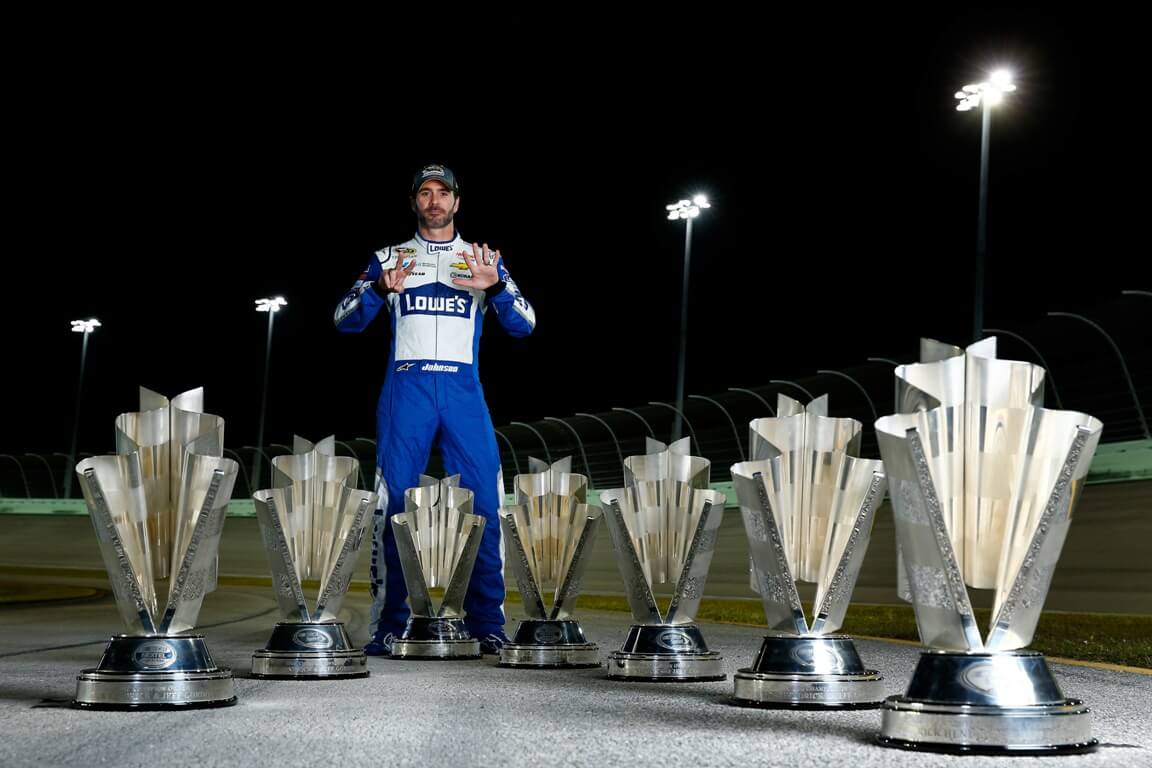 But Johnson has overcome those naysayers. After a couple frustrating seasons in which J.J. was missing from the championship festivities, he outlasted the rest of the field to win the Chase for the Sprint Cup in 2016.

Now, he’s favored to do it again this year. A win would give him eight career championships, when no other active driver has more than one. In fact, in the 2017 field, current NASCAR racers only share five championships between them.

The Chase can turn everything on its head. Once a driver gets into the field for NASCAR’s version of the playoffs, anything can (and frequently does) happen. It’s how Brad Keselowski came out of nowhere to win a title in 2012, and how Tony Stewart captured the championship on the last day of the 2011 season, even though his career seemed to be finished.

Johnson will open up the season at +640 to win his eighth career title, but right behind him is a host of five drivers eager to add their name to the newly-renamed Monster Energy Cup.

A bet on Kevin Harvick is set at +800, while Martin Truex Jr. will kick off the year at +835, as he goes in search of his first championship. Joey Logano and Kyle Busch are both expected to start at +850, while Brad Keselowski is the first Ford driver represented in the field at 9-to-1.

Chase Elliott May Surprise Us All

This year is expected to be an exciting one for some of the younger drivers on the NASCAR circuit. Chase Elliott became the youngest pole-sitter in the history of The Daytona 500 in 2016, which helped him clinch Rookie of the Year honors.

Even though he didn’t win a race last year, he still made the Chase for the Sprint Cup and was knocked out in an impressive 12th round. Fun fact: he’s driving the same No. 24 Hendrick Motorsports Chevy that was driven for years by one Jeff Gordon. You may have heard of him.

This youngster will be sure to utilize all of the tools to challenge at this level this year, and there’s a real chance that he’ll go from Rookie of the Year to NASCAR champion. He’s considered to be one of the top dogs this year at a price of +1200, and will be a driver to watch out for all season long.

For more interesting sports odds and betting advice, be sure to check out our LIVE Odds Section.