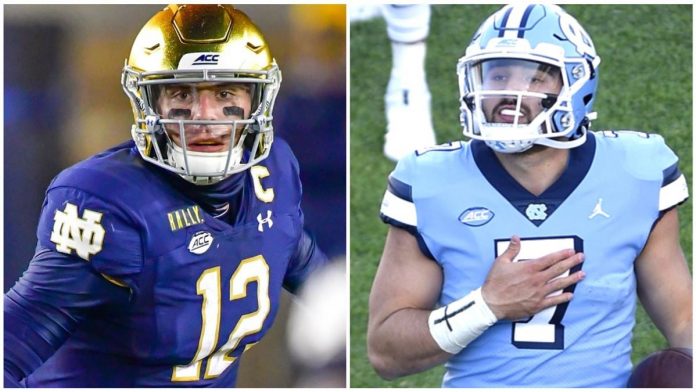 The path to an undefeated season and a berth in the College Football Playoff gets a test on Friday when the Notre Dame Fighting Irish visit the North Carolina Tar Heels. The Irish improved to 8-0 taking out Boston College ahead of their bye. It was also Notre Dame’s 14th straight win overall. The Tar Heels have an outside shot of reaching the ACC Championship and need a win to keep that dream alive. UNC boasts one of the top offensive teams in the country totaling 115 points in its last two games. Notre Dame is a 5.5-point favorite on the college football betting line to keep its perfect record intact.

The game between the Notre Dame Fighting Irish and North Carolina Tar Heels will take place at Kenan Stadium in Chapel Hill at 3:30 p.m. ET on Friday, November 27, 2020. The game will be televised live on ABC.

Following their big win over Clemson and looking ahead to a bye, Notre Dame’s game against BC was a prime letdown spot. There were some issues early in that contest but the Irish overcame them for 45-31 payout victory. The Irish have covered in two straight and three of four moving to 8-0 SU and 4-4 ATS. Notre Dame hit the board laying 3.5-points with that number wagered up to -5.5. The total has also spiked moving from 65.5 on the opener to 68. Notre Dame’s defensive numbers the previous two games likely had something to do with that.

The Tar Heels needed every bit of their explosive offense to win the last two games. While they scored more than 50 points each time, they also allowed a total of 77 points. The total closed at 60 or higher in each of the last four games with the OVER cashing each time. Since 2017 when catching at least 5-points at home the Heels are just 1-6 SU but they’ve covered the last five times going 5-1-1 ATS. UNC is getting points for the first time this season looking to improve on its 6-2 SU and 4-4 ATS ledger. 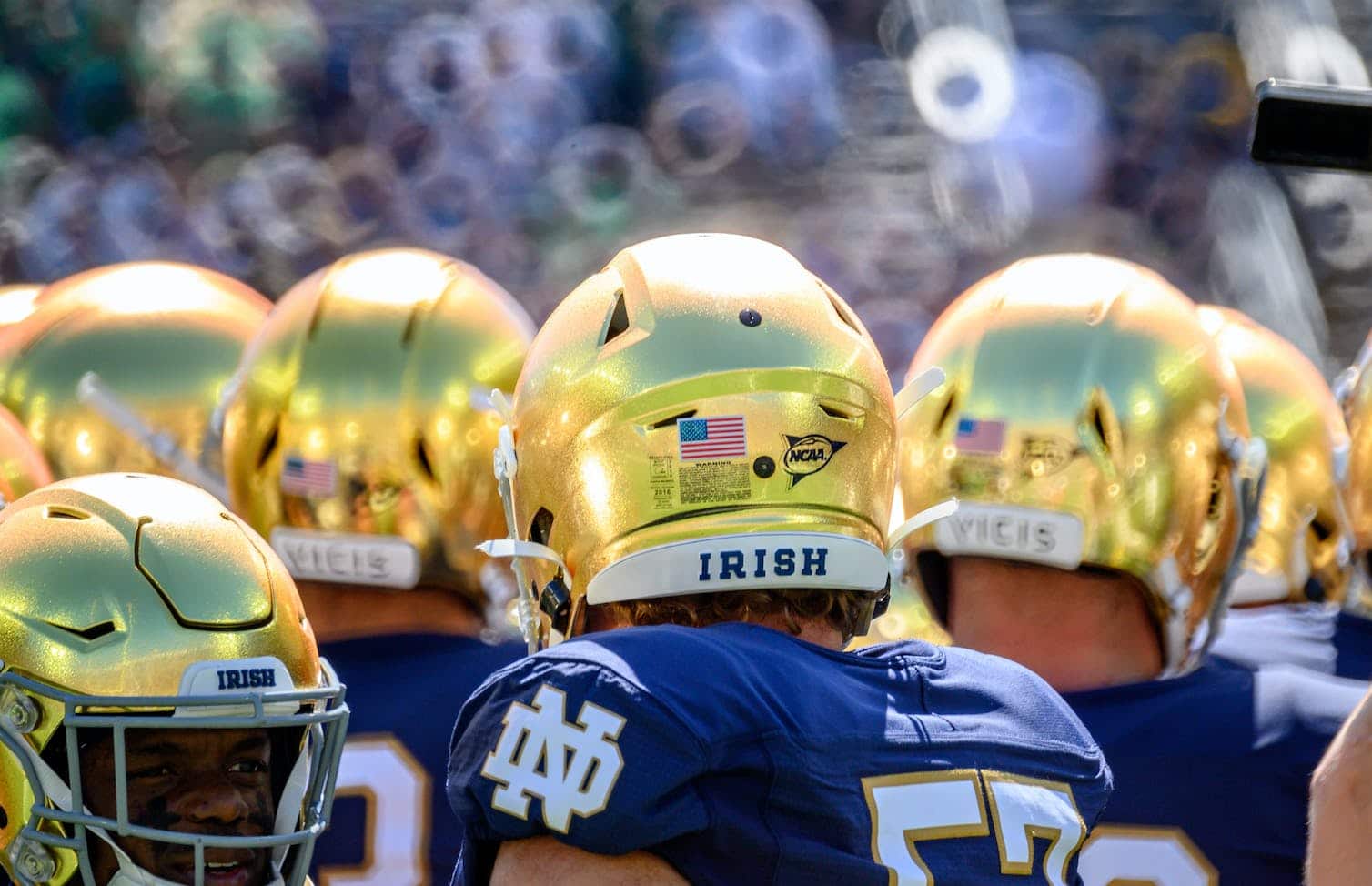 This game might be more difficult for Notre Dame than the win over Clemson was a few weeks ago. The Irish had that matchup at home against a shorthanded Tigers bunch minus their starting quarterback and a number of defensive players. The Irish needed a late touchdown to force a tie before winning in overtime. They aren’t so lucky this week. At least the offense has kicked it up a notch. Since an uninspiring 12-7 win over Louisville, the Irish have hit the 40-point mark in three of four games totaling 148 points in that span raising their season average to 37.6. Ian Book has been the catalyst throwing for 1,104 yards with eight touchdowns and no interceptions in that span. Two key members of the offensive line are on the shelf, though. Center Jarrett Patterson and guard Tommy Kraemer are both out for Friday’s game.

There have been some issues defensively. The Irish have allowed a total of 71 points over their last two games after surrendering just 62 points in the first six games of the season. That’s allowed Notre Dame to cash the OVER in two straight games and five of the last seven. 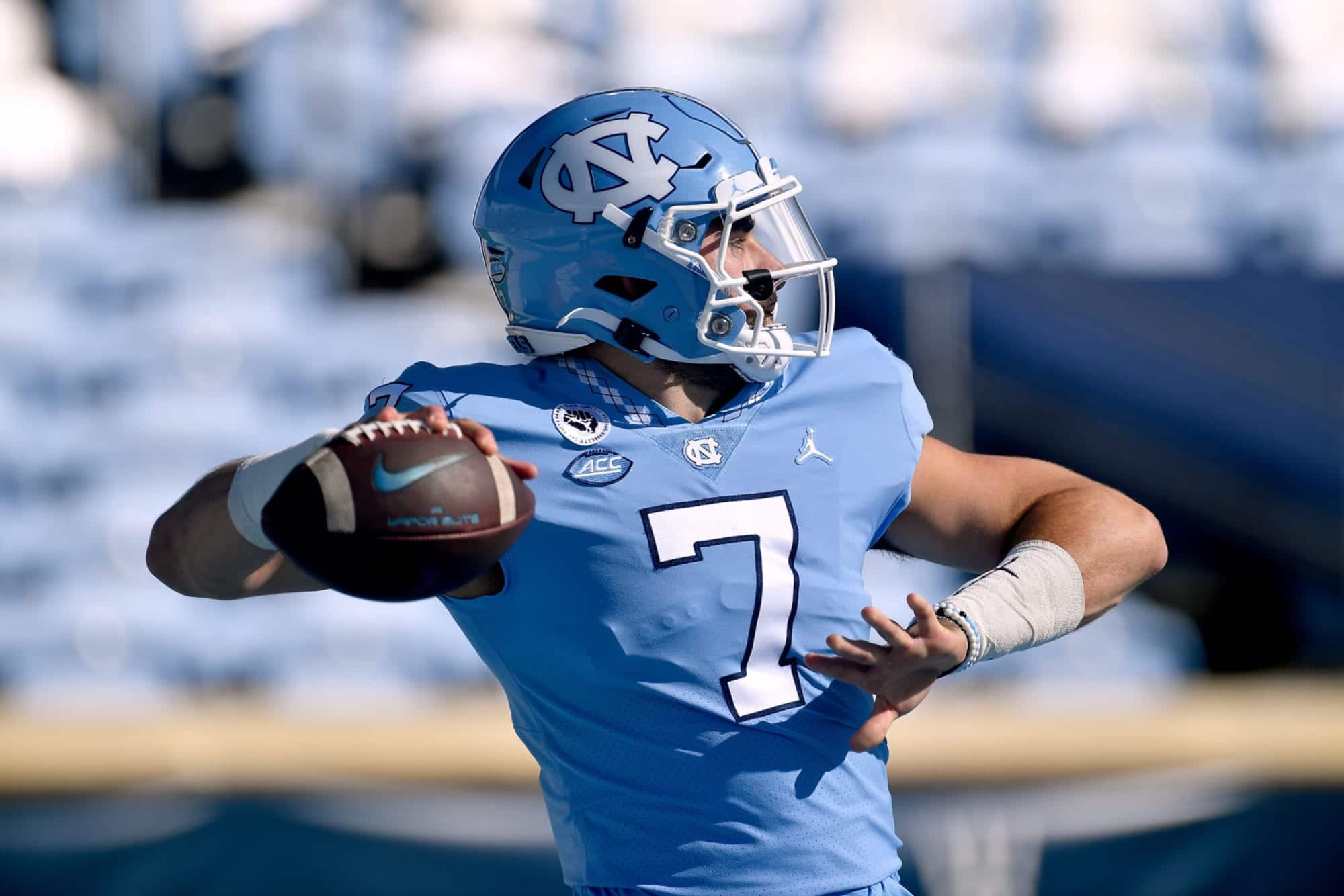 The Tar Heels will need to take advantage of Notre Dame’s defensive struggles since they have issues of their own on that side of the football. The explosive offense is able to cover a lot of deficiencies, but not all of them. The Heels will lament losses to Florida State and Virginia, where they were upset with some shake play. But you have to marvel at the balance of the group’s 11th-best passing attack and 15-best ground game. In all the Heels average 563.4 yards per game, No. 4 in the FBS while putting up 43.1 points per game. UNC is 4-0 SU and 3-1 at home this season averaging nearly 50 points a contest.

Javonte Williams and Michael Carter have each rushed for over 800 yards with a combined 19 touchdowns. And not to be outdone Sam Howell set program records last outing with 550 passing yards and six touchdowns. “We definitely understand this is a big opportunity for our team and it’s a tremendous challenge against a team like Notre Dame. We know the impact a win like this can have on a program. It’s definitely a game we want to win and we’re going to put in all the work,” Howell said. 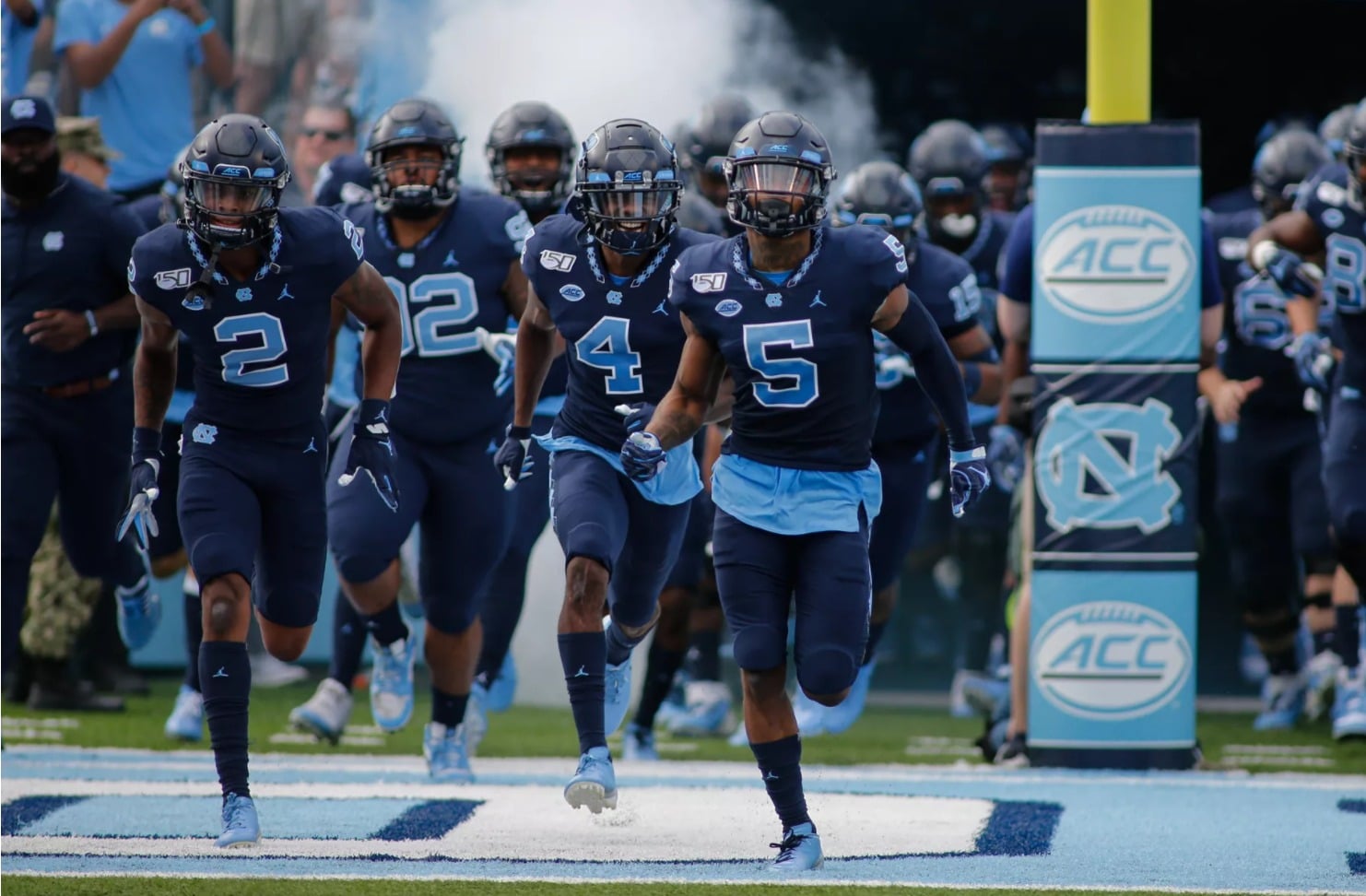 Our Prediction: North Carolina +5.5 and OVER 68

The one thing holding North Carolina back is its defense. The group isn’t very good allowing a lot of yards through the air and 413.6 total per game. Book and the Irish will face little resistance moving the football. UNC’s balanced offense, however, keeps opponents on its heels and can strike quickly, so I’m looking at the OVER in this matchup. I’ll also take the home team and the points, and with a stop or two on defense the Heels could escape with the upset.