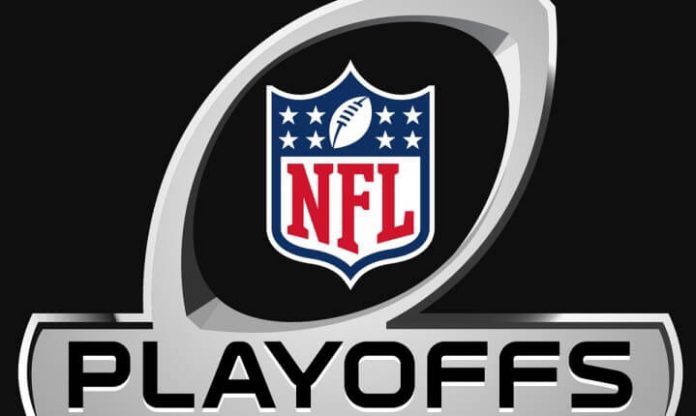 Heading into Week 15, BookMaker.eu has released odds on all of the borderline playoff teams to get into the second season.

The early stages of betting on this particular prop were all one-way action. The Packers now have Aaron Rodgers back after two months with Brett Hundley under center, and bettors think this is going to be the ultimate panacea. Unfortunately, the math still doesn’t add up for Green Bay all that well. The Packers are underdogs in Week 15 against the Panthers in Charlotte, and they’ll need to beat the Vikings at home and the Lions on the road just to stay alive in the playoff picture.

Cowboys Qualify for the NFL Playoffs

Ezekiel Elliott is going to be back in Week 16 for the Cowboys, but is it going to be too little, too late at that point? Even winning out guarantees nothing for Dallas, but that’s the only path into the postseason.

Rams Qualify for the NFL Playoffs

The Rams can’t quite clinch the NFC West if they go on the road and beat the Seahawks this week, but they’ll go from -485 favorites to -48500 favorites to at least get into the playoffs if they win that game. It’s been a remarkable turnaround this year for Los Angeles, and Sean McVay deserves to be up for Coach of the Year honors.

Saints Qualify for the NFL Playoffs

This is a lot of confidence in a New Orleans team that still isn’t guaranteed anything yet. Even a win over the Jets this week isn’t a certain ticket into the postseason with the Panthers and Falcons not far behind. Still, it’s hard to imagine the Saints getting left out with two home games and a game at Tampa Bay left on the schedule. It’s far more likely they’ll march into a first-round bye with wins in each of their last three games.

Panthers Qualify for the NFL Playoffs

The 2015 NFC champs didn’t make the playoffs last year, but they’re good bets this season to get back into the postseason. It’s far from a lock at this point, especially with Green Bay coming to town this week. Lose that game, and the Panthers are only going to have a game on the Packers with two to play. The good news is that a home game against Tampa Bay should put the Panthers at 10 wins, and that’s likely going to be enough to dance in January.

Falcons Qualify for the NFL Playoffs

The Falcons would be in the playoffs if they started today, but they have a heck of a road left to get into the playoffs. A road game on MNF against Tampa Bay is no lock, and if that game is lost, the route into the postseason is going to require beating the Saints in the Bayou and the Panthers at home. The good news for Atlanta? It’ll win the NFC South if it wins out.

Seahawks Qualify for the NFL Playoffs

The path into the postseason is going to be virtually impossible for the Seahawks if they lose this week to the Rams. They lose tiebreakers to both the Falcons and Packers at that point, and there’s probably no running down Carolina at that point. The Seahawks shouldn’t be odds-on for sure at this point to play into January.

Lions Qualify for the NFL Playoffs

Detroit is in a bad spot with tiebreakers, losing out to the Falcons and Panthers thanks to early-season losses at home. Winning out is the first step towards getting into the playoffs, and the schedule is favorable enough to do that against the Bears, Bengals and Packers. But at some point, teams have to lose in front of Detroit, and that’s where we have our doubts.

Jaguars Qualify for the NFL Playoffs

It’s almost insulting that the oddsmakers have a price on Jacksonville to miss the postseason. The Jags need one more win to lock up a spot, but there is a slew of combinations that will at least put them into the playoffs. If nothing else, beat the Titans in Week 17, and the AFC South title is headed to Duval.

Chiefs Qualify for the NFL Playoffs

The Chiefs have decayed to underdogs in their de facto AFC West title game against the Chargers, and that’s really bad news. If there is a silver lining, it’s that Kansas City can certainly get into the postseason if it can win its last two games. Getting to nine wins should be enough in the AFC.

Titans Qualify for the NFL Playoffs

We’re not sure about the Titans right now. They’re underdogs in San Francisco, and they’re probably going to be dogs to the Jaguars in Week 17 if that game means anything. Just as Tennessee collapsed at the end of last season, it feels like it’s headed that way this year, too. It’s just a matter of whether the Chiefs/Chargers loser, the Ravens or any of the other 6-7 teams can go on a nice run to dispose of Tennessee.

Bills Qualify for the NFL Playoffs

It’s simply miraculous that a team that has relied upon Nathan Peterman and Joe Webb to win games this year is still legitimately in the playoff chase in the AFC. Buffalo will be rooting for Los Angeles against Kansas City this week. The Bills hold a tiebreaker over the Chiefs and Raiders but lost to the Chargers. If the Bolts win the AFC West, there’s reason to believe in Orchard Park.

Ravens Qualify for the NFL Playoffs

Baltimore coughed up a double-digit lead last week against Pittsburgh, but the schedule the rest of the way is easily the simplest of the bunch. The Ravens will be huge favorites against the Browns, Colts and Bengals to end the year, and even wins in two of those three games will be enough to sneak into the playoffs as a Wild Card.

Chargers Qualify for the NFL Playoffs

The Chargers feel like they should be favored to get into the playoffs. They have two shots to get the job done, the first of which comes this week against Kansas City. Win at Arrowhead, and the Bolts should win the AFC West. Lose that game, though, and Los Angeles will still be good if it can beat the Jets and the Raiders to wrap up the campaign.