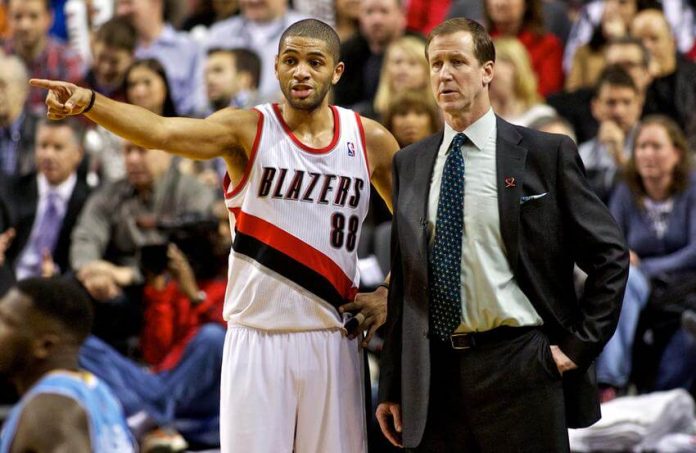 Well, the NBA trade deadline has come and gone, and there are fewer questions left to be answered in terms of who is a buyer and who is a seller. Unfortunately for a few coaches on fledgling teams, they’re one step closer to being out the door.

Online sportsbook, BookMaker.eu,  has released odds on the first NBA coach of the season to be fired though the names there might not be the most obvious.

Why are These Names up on the Board?

Terry Stotts is the industry favorite to be canned first at +400, though this wouldn’t necessarily be fair if he was the first to go. The Trail Blazers were expecting to take a step forward this year after reaching the second round of the playoffs last year, and challenging Golden State in three of five games. The Blazers, however, find themselves in a dog pile of teams fighting for the last playoff spot in the West.

Mike Budenholzer is next on this list at +500, but barring a lousy stretch, the Hawks shouldn’t let him go this close to the post-season. They’re in the playoffs and have as good of a shot as anyone to beat the Cavaliers (which is to say that no one has the chance of actually beating the Cavs). This unspoken admission should–at the very least–give Budenholzer some more time.

The same could also be said about Jeff Hornacek, the third favorite at +550. They can’t sack him solely because the Knicks don’t have anyone else to captain their train wreck of a season as long as Phil Jackson is around.

No Job is Safe

Frank Vogel has sparked some interest as a first-year coach. The Orlando Magic were expected to contend for a playoff spot this year, and basically ended up with egg on their face over the Serge Ibaka deal. Renting him at the cost of Victor Oladipo and 10 draft spots in the first round was a shady, terrible deal.

Vogel was considered to be a home-run hire in the City Beautiful, and GM Rob Hennigan might just be a lame duck. But if there’s a Hail Mary to be had for Hennigan, it might involve looking for a new head coach.

It’s hard to fault the Nets’ Kenny Atkinson for coaching the worst team in the NBA, though he’d be a good bet at a respectable price of +700. Atkinson is one of the 10 coaches in the NBA who are new to the job this year, and firing a first-year coach is something that doesn’t happen too often.

Alvin Gentry, Dwane Casey, Steve Clifford and Fred Hoiberg are also on BookMaker’s list, but there are other teams that make some sense to perhaps move on from their coaches as well.

Who are the Underwhelming Underdogs?

Earl Watson is in his first year coaching the Suns, but they have the worst record in the West right now. Magic Johnson now controls the Lakers, but you never know if a coaching change is going to be a part of his agenda (though firing Luke Walton would seem foolish at this point).

Rick Carlisle may have brought the Mavs an NBA championship, but his record has been stagnating. Dallas is going for it after acquiring Nerlens Noel at the deadline, but if this team slumps further and falls out of the playoff race entirely, Dirk Nowitzki might be signaling his retirement. This could cause Mark Cuban to pull the plug on Carlisle sooner rather than later.

So What Should You Do?

It’s a long shot for sure at 12/1, but there’s no guarantee that it’ll be Terry Stotts hitting the road.

The only obvious choice is to go with someone from our list and keep checking our NBA odds comparison page for more details.