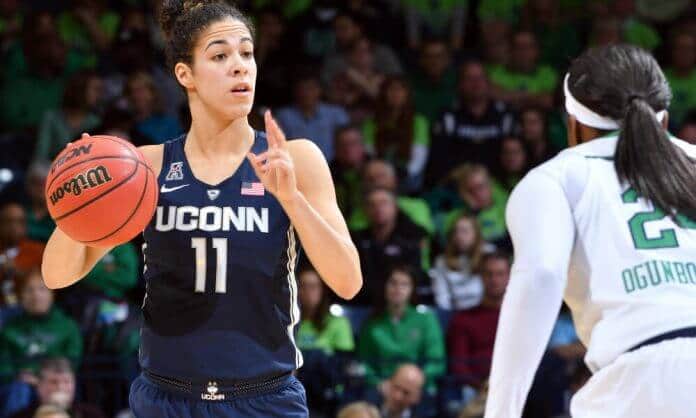 Is there any sport in the world where you’ll see a team entering a 64-team tournament as a -475 favorite to beat out the other 63 teams?

In the Women’s NCAA Tournament, you can get any of 63 teams at a price of +300 for National Champions. Sound like a good deal? Of course it does. Except for one little problem…

The Huskies’ Energy Is Boundless

The Connecticut Huskies have been to nine consecutive Final Fours, have won four straight National Championships, and haven’t been beaten in a game since the Final Four in 2012. Since then, they’ve rolled off 107 straight wins, more than any other team in the history of Division 1 basketball at either the men’s or women’s level.

Pound for pound, this is the most dominant team in the NCAA. UCLA’s men’s basketball teams from the John Wooden era were never quite this good, and this transcends in Connecticut generation after generation.

Is This Season Any Different?

The scariest thing about the 2017 season? This was the year they were supposed to take a bit of a step back. When they faced Florida State to kick off the season in Tallahassee (and only won by a bucket), UConn surely looked the part of a team that would have its troubles at some point. But the team has rolled off 32 wins without a setback, and 29 of said triumphs came their way by double-digits.

The Greats Come from Connecticut

Think about all of the great Lady Huskies of all-time. Rebecca Lobo was in college 22 years ago. Diana Taurasi? She dates back to 2001. Maya Moore? Graduated in 2011. Breanna Stewart? Left in 2016.

Then think about Tina Charles, Sue Bird, Kara Wolters and all of the other fantastic players who went through the Geno Auriemma system

Samuelson is the One to Watch

Katie Lou Samuelson is the next star on the horizon. Averaging 21.0 points per game this season as a sophomore, she knocks down an insane 43.7 percent from beyond the arc.

Samuelson’s become the first woman ever to nail 10 or more three-pointers without a miss in the same game at the AAC Championship Game. Napheesa Collier quietly averages 20.2 points per game, while Gabby Williams and Kia Nurse are also double-digit scorers.

But it’s Not Just the Raw Player Stats

The Huskies outrebound teams by 6.5 per game, have forced 208 more turnovers than their opposition, have blocked 67 more shots and picked up 125 more steals. They shoot 52.2 percent from the field. They’re impossible to beat when they’re playing well, and it’s hard to tell sometimes when they’re really at their best and when they’re just toying with their competition.

Just look at the first quarters of games. UConn averaged 23.2 points. Opponents were good for just 11.3. When you’re down by a dozen points after 10 minutes, that has to be disheartening no matter how good you are.

So Who Can Beat the Huskies?

The good news is that two of the presumed top challengers, Florida State and South Carolina (both of whom lost to Connecticut this year) are in the same bracket in Stockton and the other side of the draw entirely. Notre Dame too, is on the other end of the draw and won’t be a possible competitor until the National Championship Game.

Washington, a team with Kelsey Plum–the best scorer in the nation–is in the bottom half of the bracket Oklahoma City, though the Huskies have a really tough time winning games against elite competition when Plum is at her best. Baylor, the top seed in that OKC bracket, will probably end up in the Final Four to challenge the Huskies should they get that far.

The Only Really Tough News for UConn

Duke and Maryland, both of whom are Top 10 teams, are in the Huskies’ bracket in Bridgeport. UCLA, meanwhile, is the No. 15 team in America, and waiting on a prospective Sweet 16 battle.

In the end, is anyone going to down UConn? Probably not. That’s why Auriemma is being touted as the best coach in the history of college basketball and the Lady Huskies are arguably the greatest dynasty in college sports history.

Check out our NCAAB live lines section for the latest odds.