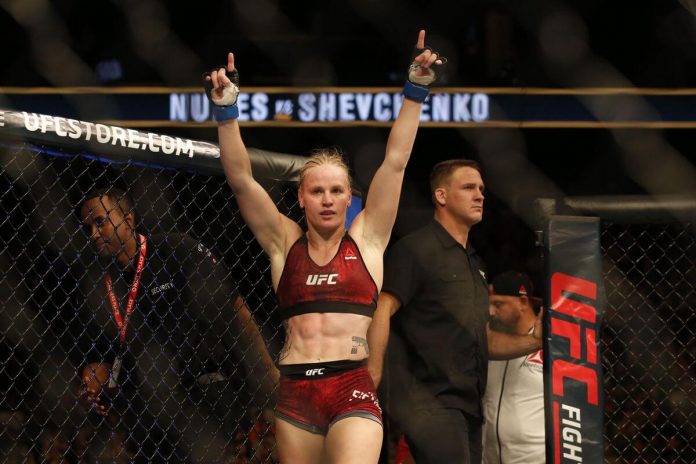 Come one, come all to witness the last stand of Lyoto Machida. Though his Saturday main event against Eryk Anders might not be his retirement bout, it comes against his least heralded opponent in years. It’s a definite statement on just how far the former light heavyweight champion has fallen.

At 38 and ranked No. 13 at middleweight, a loss to Anders would boot Machida out of the rankings entirely. Firmly entrenched as part of the “old guard”, the best “The Dragon” could hope for in that scenario are fun fights, much like his countryman Vitor Belfort. For Anders, it’s a chance to announce the arrival of a new middleweight contender.

As is par for any Brazilian card, the UFC Fight Night 125 lineup is stacked with native talent fighting home matches. In a bantamweight scrap, Pedro Munhoz will seek his fifth straight win against the explosive John Dodson. Undefeated women’s flyweight prospect Priscila Cachoeira meets two-time bantamweight title challenger Valentina Shevchenko. And 36-year old Michel Prazeres will attempt to force his way into the top-15 against the well-rounded Desmond Green.

It’s a decent lineup, but nothing special when it comes to starpower. Still, there’s money to be made here, so let’s take a look at the UFC odds at BookMaker.eu and break down your best betting options.

Machida’s margin for error is slim. His catlike reflexes are gone, he’s a few steps slower and a once-iron chin is permanently cracked. Not good news for somebody who relied so much on evasiveness and quick offensive bursts.

In his last three losses, he was finished early and brutally in a myriad of ways: Rockhold muscled him to the ground and wrenched an RNC. Romero took him down and bashed his head in with elbows. Derek Brunson took just half a round to starch the Brazilian with punches.

Still, somebody as experienced and decorated as Machida should be able to outclass midcard fighters. The question is whether Anders is more than that. The former Alabama linebacker is 10-0, but untested against the higher caliber competition. He certainly looks the part of a blue chip prospect, with elite athleticism to grow his game.

Anders’ physical abilities should worry Machida fans. Explosive athletes are basically kryptonite to the former champ right now – he just doesn’t have the reflexes or strength to fend them off for 25 minutes. That makes Anders the pick, and if you’re looking for a bigger payout then we suggest taking him by TKO or inside the distance.

Our Pick: Anders inside distance at -195

Both men have issues with leading the dance, preferring to react to their opponents’ games rather than dictating the fight themselves. That could lead to some frustrating moments in this matchup where both men are waiting for the other to go. But in this kickboxing matchup, we’re leaning towards Dodson.

Though he’s pint-sized at 5’3”, Dodson is one of the most explosive punchers at 135 pounds. It requires a steady, hard-nosed counterpuncher like John Lineker to beat Dodson in a boxing match, and Munhoz simply doesn’t fit the bill. The Brazilian can be effective with his leg kicks and rocks a mean guillotine choke, but he’s not quick enough to consistently tag the American nor is he powerful enough to take down an excellent defensive wrestler.

Dodson’s output and power punches will carry him to victory, making him a solid bet to win. The safer play is the rounds over, as neither Munhoz or Dodson have never been finished, though the price puts it in parlay world.

As far as UFC debuts go, it doesn’t get much worse than facing a No. 1 contender from a bigger weight class. The brass must think highly of Cachoeira, who is 8-0 with four KO wins to her credit. But those wins have come in regional Brazilian promotions, while Shevchenko has been facing the likes of Amanda Nunes and Julianna Pena.

This is nothing more than showcase fight for Shevchenko to fast track her to a title shot. The UFC is still trying to establish it’s newly formed women’s flyweight division, and what better way to do that with a known quantity like Valentina as the champ?

Parlay Shevchenko to win here, and parlay that play at this price. We’d also suggest taking the rounds over here, as Shevchenko is not a consistent finisher and the bet offers a plus payout.

When somebody like Michael Prazeres, who is 23-2 with five straight wins, is unranked, it just goes to show you how deep the lightweight division is. The Brazilian is 36 years old, which means this is probably his last-ditch shot at breaking into the top 15. Beating Green would be just the thing he needs to meet a ranked fighter.

To do so, Prazeres will have to get this fight to the mat, where he excels. Though he averages 4.4 takedowns per 15 minutes, it’s tough to see him getting athlete like Green to the ground. In fact, the American tends to thrive in gritty battles of attrition, and he’ll have the advantage if he keeps this fight standing.

Take Green to win here, as he’ll own a 4-inch height and 6-inch reach advantage and knows exactly how to utilize those inches. The rounds over is a safe play as well, as finishes don’t come often for either.