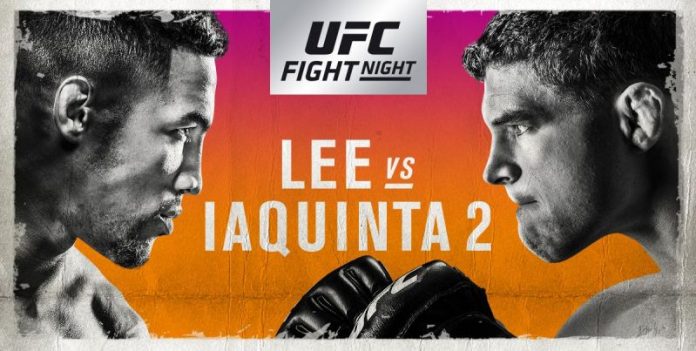 As far as FOX network cards go, this Saturday’s UFC on FOX 31 isn’t the strongest of offerings. In fact, it’s probably on par with a strong Fight Night event in terms of talent, but we’re not complaining about some free primetime MMA.

In the main event, we’ve got a lightweight contender rematch between Kevin Lee and Al Iaquinta. The pair first met in 2014, with Iaquinta walking away with a decision win. Since then, both men have failed in title bids, but it’s Lee who has legitimately elevated himself onto a short list of elite 155-pounders. Iaquinta can usurp that position with a big upset here.

In the co-main, we’ve got another lightweight bout between Edson Barboza and Dan Hooker. Barboza is one of the most explosive fighters in the division, and his opponents are always in danger of ending up on the wrong end of a highlight reel knockout. This is Hooker’s big shot to get into the top 7, which is a big deal considering that nobody ever considered him to be more than an entertaining midcard talent.

Also on the card is the bantamweight debut of Sergio Pettis, whose failure against the elite flyweights capped his ceiling at 125 pounds. It’s No. 11 Rob Font who will serve as an acid test for the younger Pettis brother, and Font’s well-rounded skillset could present some problems.

Let’s take a look at the UFC odds at BookMaker.eu and break down some value picks and a few risks.

Fun fact: Kevin Lee’s UFC debut came against Al Iaquinta in February 2014. Iaquinta took the decision, but it’s Lee whose really stepped into the spotlight since then. The Motown Phenom started off as a great wrestler, but now he’s just a great MMA fighter, period. He’s a violent submission grappling, and the 26-year old is starting to put it together with his striking too. 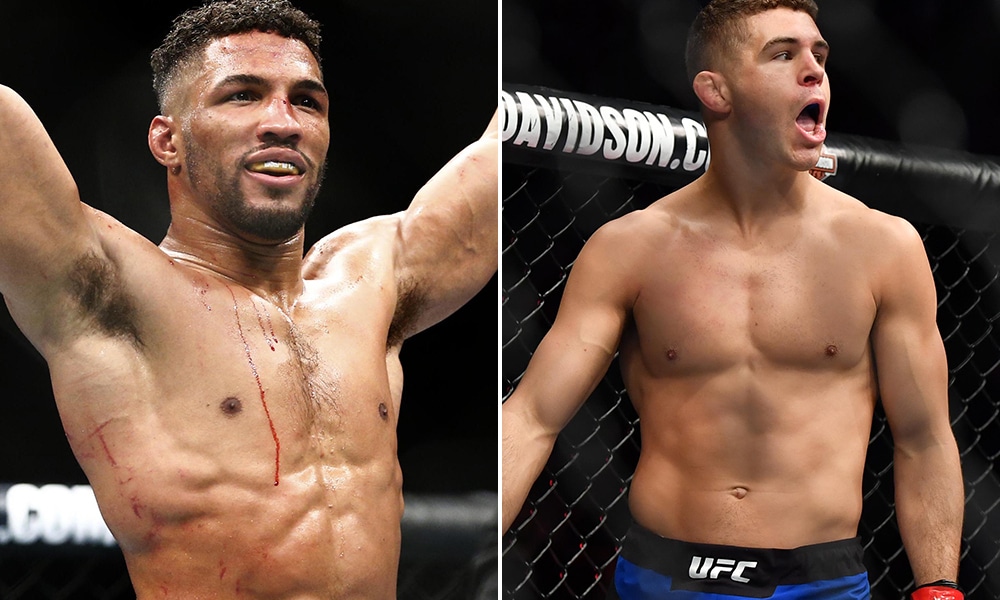 Iaquinta is a boxer who wrestled in junior college, but his grappling is mainly used to keep the fight standing. From there, he pops dudes with a stiff jab followed by crisp power-punching combinations. His ongoing beef with the UFC has probably kept him from fighting more regularly, but every time he makes an appearance it’s clear that he’s a top-10 fighter. Case in point: he went 25 hard minutes with Khabib when the Russian has been smoking everybody else.

As is the case with so many MMA fights, the key here will be who can dictate where the fight takes place. Lee has a much better chance of winning if he can get this to the mat, while Iaquinta is technically the more polished striker. They’ve got 25 minutes to figure things out.

Just to be clear, make sure this isn’t a huge bet. But there’s value in Iaquinta as this is a good style matchup for him. Ragin’ Al starts rolling if he’s stuffing takedowns, and you know damn well Kevin Lee is gonna bring them. He couldn’t stop Nurmagomedov, but Lee is a slight step down in terms of wrestling.

Hooker doesn’t have nearly the name recognition of Barboza, but the 28-year old is peaking right now with four straight wins – all by way of finish. What’s behind the surge? His once-lanky frame has filled out and he’s steadily evolved his skills to match. Now a well-polished vet, The Hangman has crafted a dynamic offensive game based on pressure and power.

But there’s a reason why Barboza’s faced every major fighter in a loaded division – he’s close to that elite tier of 155-pounders. His finishes aren’t just finishes: they’re nuclear explosions added to one of the best highlight reels in the UFC. If he’s on his feet, he’s a threat to end the fight in a variety of ways. Kevin Lee was pulverizing him and Barboza still made him to the stanky leg after landing his signature spinning wheel kick. And if you give this guy time to land his leg kicks, you’re gonna end up taping an ice pack to the knee for the next month or so.

The blueprint to Barboza has been established – you wrestle or pressure the hell out of him. Hooker isn’t a good enough wrestler for option A, but he option B is right up his alley. Unfortunately, that’s like walking the worst alleyway on the worst slum on the planet.

Barboza’s been thrashed in two straight fights, but he’s probably drooling at the fact that he’s not facing yet another suffocating wrestler. Hooker’s gonna force him to fight into the closet, but we just don’t think he can handle Barboza’s explosiveness.

Though Barboza has gotten in the habit of winning by decision, Hooker has 16 stoppages in 17 career wins. His aggressiveness and Barboza’s killer power make this a really good bet for this to end early.

Pettis is moving up a weight class after losing a couple key contender fights at 125 pounds. Plust, there’s that whole thing with the flyweight division having an expiration date. So how does the top-5 flyweight do at bantamweight?

It’s not gonna be an easy transition, especially since Pettis was never a big flyweight to begin with. Font is a very good acid test, ranked just outside of the top-10 and armed with a well-rounded skillset. He does his best work striking in space, but can wrestle when needed.

That last part is important, since Pettis’ takedown defense has always been a weakness. However, Pettis might be able to switch it up on him and take advantage of Font’s 29% defense. This is where size will really play a factor.

Pettis worked hard to get to the top of the flyweight division, but at no point was he dominating the contenders. If he couldn’t dominate at 125 pounds, we just don’t see him being all that successful at bantamweight. Font does just enough to take the win.

Check out the latest UFC on Fox 31 betting odds.