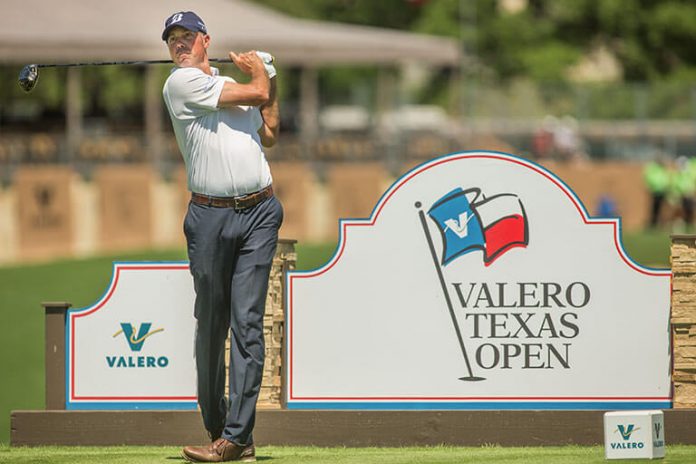 The PGA Tour heads to the Lone Star State for the 2017 Valero Texas Open that features five of the top 25 players in the Official World Golf Rankings. Patrick Reed, at No. 14, is the highest-ranked player in the field.

Reigning U.S. Amateur champion Curtis Luck is making his much-anticipated professional debut. He made the cut at the Masters and now starts his professional career in San Antonio.

The betting field has a nice blend of young guns and grizzled veterans to choose from – the lack of star power is a concern, but giving the timing of the tournament, Valero did a great job attracting good players to make this year’s tournament another success.

STUD: Ryan Moore (+1650) always seems to be in contention but never seems to get the job done when it’s all said and done. This week, that all changes, Moore hits paydirt for the sixth time in his career.

STUD: Kevin Chappell (+2900) is finally getting used to his new equipment and I expect him to carry over his good play at the Masters over to this week. The former UCLA standout tied for seventh at Augusta and tied for fourth here in San Antonio last year. Good form and rock solid finish on the horizon for Chappell.

DUD: Matt Kuchar (+1400) is the betting favorite this week but I beg to differ. Kuch has to be on empty after playing three weeks in a row. He looked tired, he is tired and he will disappoint this week in San Antonio. Fade Kuchar in the weekly golf matchups.

DUD: Patrick Reed (+3500) continues to struggle with his game. All phases of his game are on the decline, including his attitude. Missed cuts and average finishes have been the norm for Reed most of the year and until he shows some consistency, he is OVERVALUED and a player to fade.

VALUE: Luke Donald (+3000) hit the ball what seemed like everywhere last week at Harbour Town and still nearly won the tournament. Now he gets to play a course that has generous landing areas and a layout where he T13 last year. Cool Hand Luke churns out another stellar finish and is worth a look in all formats. Get him while he’s hot!

FLIER: Curtis Luck is making his professional debut this week. The former No. 1 ranked amateur and current U.S. Am champion is only 20-years old but has the experience and poise to excel at the highest level. Luck is a sneaky play this week in all formats.

Click here to check out the latest Golf odds and live lines.