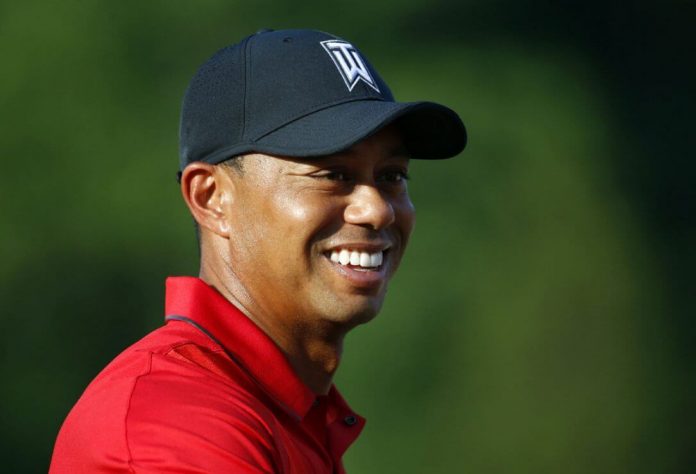 Tiger Woods makes his return to golf this week at the Hero World Challenge. Whether you love him or you hate him, his return is good for the game, and let’s face it, when he plays, more people watch. Everyone is curious on what form his game is in, how his body will respond and if he is in shape to play a 72-hole tournament.

Reports from Tiger’s camp indicate that he is hitting it flush and ready to return. Woods is smart and picked an event with only 18 players in the field, no cut, and few people will be in the gallery to watch his every move. His short game will be rusty and his mental approach could be a concern as he tees it up for the first time since the 2015 Wyndham Championship. With all eyes on Tiger, there are lots of great picks for golf prop bets here.

Woods sounds like he actually will return this week. Previously, he said he was going to return at the Safeway Open and the Turkish Airlines Open, but ultimately withdrew from both events, citing the poor state of his game. Hopefully, this week he keeps his word and returns to the links.

“I am excited to make my return at the Hero World Challenge at Albany and play in this terrific tournament,” Woods said. “This is our 18th year and every year we put together a top field that showcases the best golfers from the previous season.”

You can watch the 2016 Hero World Challenge live on NBC and the Golf Channel.

BookMaker.eu is the only shop that has some very interesting golf props up on Tiger Woods’ return to golf. Let’s take a look at a few of them and make some picks.

Will Tiger Woods Announce His Retirement from Professional Golf Before January 1, 2018?

Tiger is too stubborn and has too much pride to walk away from the game. The NO is an easy golf betting winner if you have the balls to lay -485 where you risk $485 to win $100.

How Many PGA or European Tour events Will Tiger Woods Compete in During the 2017 Calendar Year?

If Woods thinks he’s ready to play and can avoid another setback, he will easily eclipse the total of 6.5 events played. This number should be closer to 12 events. If he plays in the majors alone, that’s four events and you know he will play before to prepare. This is an EASY winner and no juice is even better. Take the OVER 6.5 events and pray that Woods stays healthy at least for half the year.

Will Tiger Woods win a PGA or European Tour event prior to January 1, 2018?

Tiger Woods is arguably the best player of all time and for sure the best of his generation. But after his divorce, he has never been the same. He lost his mental edge and his game along the way.

Switching teachers and changing his swing have not been the answer. Then there’s the injuries, two back surgeries, torn Achilles tendon surgery, ruptured ACL joint, knee surgery and last but not least, a broken down brain – his mind is not the same as it once was and no longer has the edge he once had. NO, Tiger will not win an event prior to January 1, 2018, but that’s a ton of juice to lay.

I don’t know why they don’t switch the number instead of increasing the juice. We will have to check the weather closer to the first round to get a good read on how the course is playing. If I were going to bet this I would have to take the OVER and lay the juice. One bad swing can lead to one big number and foil his round. My prediction is Woods shoots 73 in the first round.

This is more reasonable. The OVER 68.5 laying -145 is value. Woods game has to be rusty and it will show. The weather will be critical, but I don’t think Woods will break 70 in this tournament. Love the OVER 68.5.

I only touched on a few of the Tiger Woods golf props, check out the other odds available only at BookMaker.eu.