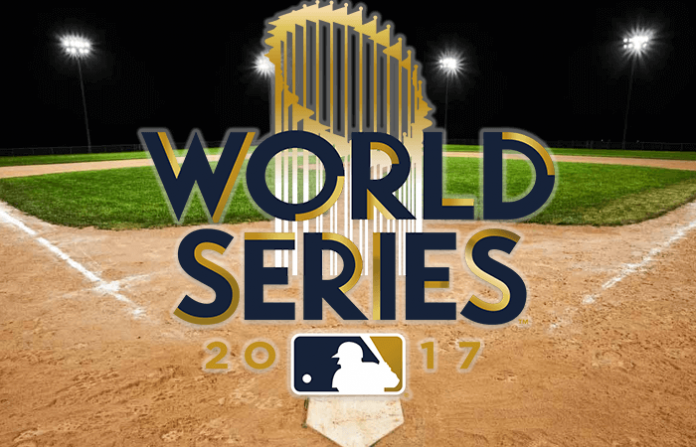 The Houston Astros really had to use their whole arsenal to dispose of the New York Yankees in the ALCS. They’ll be the slightly more-depleted of the two teams when they head into the 2017 World Series against the Los Angeles Dodgers.

The Dodgers needed just five games to get rid of the Chicago Cubs in the NLCS, and that’s why they’re setup as the -155 favorites on the odds to win the World Series. Manager Dave Roberts has virtually every option available to him for this series, including starting Clayton Kershaw in Tuesday night’s Game 1.

Kershaw hasn’t been ridiculously dominant over the course of his three starts in the postseason to date, but he’s gotten the job done each time. The Dodgers have won their last five games with the southpaw on the mound, and part of the reason for that is because Roberts hasn’t let him throw more than 100 pitches in a game since the middle of July.

Kershaw figures to get two starts in the World Series, first in Game 1, then again in either Game 4 or Game 5. He could be available to pitch in relief in Game 6 and/or Game 7 if necessary. Roberts has already ruled out using his ace to start Games 1, 4 and 7.

Kershaw will oppose Dallas Keuchel in Game 1 of the World Series on Tuesday night.

The Dodgers have yet to say whether it will be Rich Hill or Yu Darvish throwing in Game 2, but we know whomever is on the bump will have to contend with the red-hot Justin Verlander.

Verlander has been out of this world in the postseason, tossing 24.2 innings and posting a 1.46 ERA. He hasn’t been quite as dominant as he was in Detroit in 2013 when he threw 23 frames and allowed just one run, but don’t tell that to the Yankees. The Bronx Bombers managed just 12 base runners against Verlander in 16 innings and had just one run to show for it.

This series pits two of the best lineups in baseball against each other.

Jose Altuve, the man likely to win the AL MVP award this year, is batting .400 in the playoffs with a silly OPS of 1.275. He leads the Astros with five homers and eight RBI in his 40 at bats.

The Dodgers have gotten some big hits from Enrique Hernandez, Yasiel Puig and Justin Turner. These three men are all slugging over .650, all have an OBP of at least .500 and are all batting at least .387 in the playoffs. They’ve combined to drive in 25 runs between them.

LA’s bullpen, largely expected to be one of the worst in the playoffs this year, has been phenomenal. Seven relievers have combined to allow just three runs in 33.1 innings of work. The excellent work out of the rest of the relievers have allowed Roberts to use Kenley Jansen in regular roles instead of requesting him to get six or more outs. Jansen has yet to throw more than 18 pitches in a game in the playoffs.

Houston has a bit of a bullpen-by-committee thing going. Lance McCullers threw the last four innings of the ALCS against the Yankees to earn his first career save. A lot of that was due to the fact that Ken Giles, the team’s normal closer, had already been torched for three runs in three innings by the Baby Bombers earlier in the ALCS.