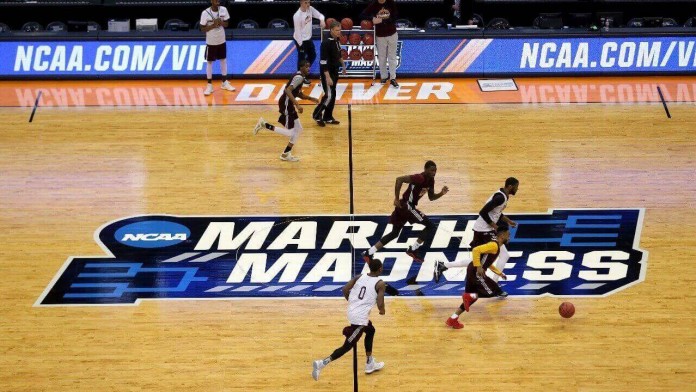 By this point in the March Madness, fifty-two of the 68 teams that entered the 2016 NCAA Tournament have been cruelly eliminated from the proceedings, and only 16 remain, hoping to cut down the nets in Houston in a couple of weeks.

Here’s a summary of the results and odds of the first two NCAA rounds of March Madness 2016:

Kansas has had two relatively uneventful games to reach the Sweet 16, but this is the stage that many believed it could be on its way out. The Jayhawks are facing a Maryland team, with legit NBA talent on the roster. Diamond Stone and Melo Trimble are headed to the next level this year, and that’s why the Terps have opened as relatively short underdogs at -7.

In the bottom half of the bracket for this region, the chalk has held up and has left us with the No. 2 and 3 seeds with Villanova and Miami. There’s going to be a boatload of good guard play in this one. Ryan Arcidiacono is one of the top guards of college basketball and best all-around guards in the nation, but for our money, Miami’s Angel Rodriguez has been the best player in this tournament. The Wildcats opened up at -4.5, but the margin isn’t nearly convincing.

The West has been wild for sure, with three first round upsets and two games decided at the buzzer. But in the end, we’ve got nothing but chalk to speak of.

Oregon had to rally from seven down in the last five minutes to take care of St. Joe’s at the top of the NCAA bracket, and it really has looked nothing like a No. 1 seed to date. The Ducks went from an athletic team with crazy offensive abilities to one that all of a sudden looks strangely thin and overmatched in the post. That’s why Duke has a real chance to rather improbably reach the Elite Eight. The Ducks are still the chalk at -2, but the margin is far closer now than most would’ve thought at the beginning of this tournament.

Texas A&M and Oklahoma know all about each other from their days sharing the Big XII, and the intensity should be high in Anaheim as a result. The Aggies posted the most improbable comeback of the dance to date by erasing a 12-point deficit with less than a minute remaining against Northern Iowa, and now, they’re going to be brimming with confidence against an Oklahoma team that is really just Buddy Hield and a bunch of jump shooters.

When those shooters are on their game, the Sooners are fantastic. When they go cold, though, anyone can beat these guys. Heck, both Cal-State Bakersfield and VCU gave it a good run. Boomer Sooner opened as the short -1.5-point favorite.

Many had Kentucky in their Final Four out of this region, but Indiana made sure that wouldn’t happen. Still, the Hoosiers picked up a couple really notable injuries that could wreak havoc on the squad this week against North Carolina. Both Robert Johnson and Juwan Morgan got hurt against the Wildcats, and their status could be key for this game.

There’s no doubt you need to be at full strength to take care of UNC, especially when it’s running at its best. The Tar Heels are the favorites to win the tourney for a reason at this point, and they’re one of the biggest favorites of the Sweet 16 at -6.

Part of the reason UNC is such a big favorite to win the tourney is because the East has suddenly really opened up at the bottom. Notre Dame didn’t have to deal with West Virginia because of Stephen F. Austin’s first round upset, while Wisconsin dispatched of Xavier.

Both teams won at the buzzer on Sunday, and that could end up creating an interesting scenario here with two teams that were in the Elite Eight last year. The Badgers will certainly want to slow the tempo of this game, while the Irish will have to push just a bit. Mike Brey’s team has opened at -1, but clearly this game may as well be a pick ’em.

The biggest upset of the tournament belongs to the Midwest Region. The bracket’s favorite, Michigan State was disposed of in the opening round in just the eighth No. 15 upset over a No. 2 in tournament history. Middle Tennessee State’s magic ran out on Sunday though, as Syracuse took care of it with a nice run at the end of the game. The Orange are one of the two double-digit seeds left dancing, and they happen to be playing against one another this round.

Gonzaga has used Domantas Sabonis’ power on the inside to race into the 2016 Sweet 16, and it’s favored at -4 to get into the Elite Eight. The Zags are the first team in the history of the tourney to be a double-digit seed, face three teams with better seeds than them, and yet be favored in all three games.

This bracket, though, really looks like it’s Virginia’s to lose. The Cavaliers are -4 against Iowa State in a game that will be all about tempo.

The total of 142 in this one is particularly notable. It’s the first time all season long the Cyclones have had to play a game with a total this low, and it’s only the second time the Cavaliers have had to face a total this high. Both teams won Round of 32 games against teams playing at paces which they aren’t comfortable with though, and both got here without all that much hassle.

Updated Odds to Win the 2016 NCAA Tournament (according to Bookmaker.eu)

What’s the math behind the NCAA tournament? Be sure to check out March Madness 2016 Explained In Numbers.