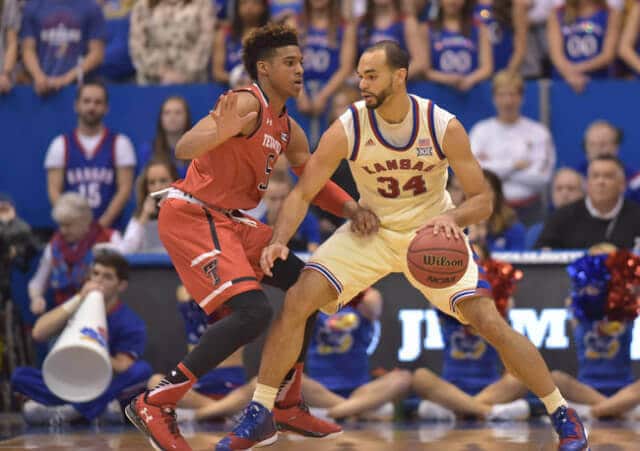 It’s not quite the Super Bowl, but in the hierarchy of sports events, the NCAA Tournament is creeping to a close second.

Over the course of the three-week spectacle known as March Madness, Las Vegas hotels are expected to be booked at more than 98 percent capacity for the first weekend of the tournament, and 40 million people are expected to place wagers in basketball betting of one kind or another.

40 million people are expected to place wagers during March Madness.

Of those 40 million people though, only a small percentage will bet on the tournament legally. Las Vegas sportsbooks are expected to see between $100 million and $150 million in action for the Big Dance, though the fact that their hotels are also going to be at a tremendous capacity will boost revenue through room sales, food and beverage sales and extra casino earnings, on top of the basketball betting.

Naturally, the top online sportsbooks are set to be huge beneficiaries as well. The total handle for the 2016 NCAA Tournament is expected to be around $9 billion, and offshore books will see most of that action.

the total handle for the NCAA Tournament is expected to be around $9 billion.

The average gambling American is expected to wager just short of $30 on the NCAA Tournament this year. When you consider the fact that your local office pool probably has a $10 or $20 buy-in, that’s not such an outrageous number.

More so this year than most others though, your NCAA bracket will come with a ton of volatility. Minor conference tournaments are just getting started this week, while the big boys all have a game or two left to play before their conference tourneys kick off. However, we still don’t have a single consensus No. 1 seed yet, and four teams will be honored by being on that top line on Selection Sunday.

Just in the last week, North Carolina, Oklahoma and Villanova – all teams that have been ranked No. 1 in the country since the turn of the New Year – lost.

A Texas team that went on a 22-0 run to close out Oklahoma came back two days later and lost to Kansas by 30. That’s the same Kansas team that was blasted by 13 at Iowa State and 11 at West Virginia.

Xavier, another of the No. 1 seed contenders, knocked off top-ranked Villanova, only to turn around and lose to unranked Seton Hall.

While we’re mentioning Villanova, Jay Wright’s side is the only team in the nation to not lose at any point this season to an unranked team.

And that’s only the beginning of the madness.

The chaos in the middle of the field is arguably even more interesting. Teams like Monmouth and Arkansas-Little Rock have great chances to join the field of 68 as at-large bids should they not win their conference tournaments, and no one is going to want to have to face either team. Both are very likely headed for the No. 12 or No. 13 line, and that means one could end up taking on a No. 1 seed in the Sweet 16.

Kansas and Michigan State are the NCCA tournament favorites at around 6 to 1, but it would take a brave man to try to accurately predict who the No. 1 seeds will be in a week and a half, let alone who will ultimately be in the Final Four or win the National Championship.

Warren Buffet has been tied to bracket contests in the past. In 2014, he entered a partnership with Quicken Loans that offered $1 billion to anyone who selected all 63 games in the main portion of the tournament correct. There were no survivors after the first four days of the tourney.

The estimated odds of picking a perfect bracket are approximately 1 in 9.2 quintillion, and since the tourney has expanded to 64 teams, there hasn’t been a single known perfect bracket in any year of the dance.

This year, Buffet is offering any of his employees a $1 million payout each year for the rest of his or her life if someone can correctly guess all of the games right in just each of the first two rounds of the tournament. Talk about an incentive for his employees to not work and start handicapping the field.

Your own office pool may have lower stakes than Warren Buffet’s, but learn as much as you can to pick The Perfect NCAA Bracket for 2016