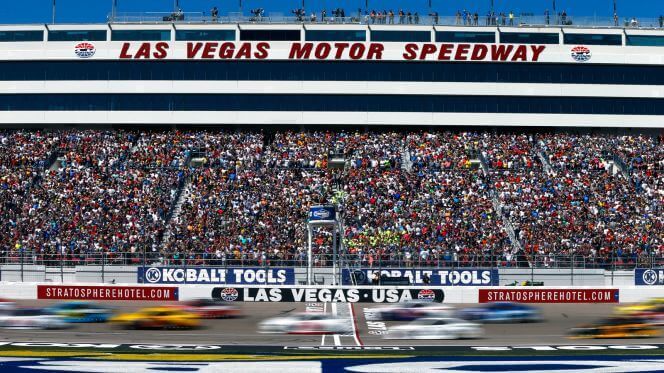 NASCAR isn’t exactly the premier sport for wagering, but it certainly has picked up steam over the past decade. Top sportsbooks take in just a fraction of the bets on the 2016 NASCAR weekend as they do any football, baseball or basketball event, and the upcoming NCAA Tournament will certainly have a bigger handle in Las Vegas than the entire NASCAR season.

However, that doesn’t mean there isn’t a spot for auto racing enthusiasts in a market that has been growing year after year. Much like golf, sharp bettors are finding opportunities in auto racing betting on big-priced drivers to win races. Even the favorites are generally rather large in price. For example, no driver was better than 6 to 1 to win the Daytona 500, and the winner of the race, Denny Hamlin, cashed 11 to 1 winning tickets for his backers.

Why the Kobalt 400 Is the Top Auto Racing Event

You’d think that the Daytona 500 is the biggest race of the year for NASCAR betting, especially since it’s at the beginning of the season and is the most watched event on the NASCAR schedule.

But, for very logical reasons, the handle for the Kobalt 400 at Las Vegas Motor Speedway (Sunday on FOX, 3 p.m. ET) is estimated to be four times higher than that of the Daytona 500, and one can estimate from there that there will be more wagering this Sunday than there will be for all of the NASCAR 2016 races through the end of March combined.

the handle for the Kobalt 400…Is estimated to be four times higher than that of the Daytona 500.

The timing here is fantastic, and it isn’t done unintentionally. There’s only one race per year at Las Vegas Motor Speedway, and this year, it comes the week before the major conference tournaments in college hoops and two weeks before the NCAA Tournament.

The NBA schedule is generally rather light on Sundays this time of year, and most of the major basketball teams are wrapping up their regular seasons on Saturday, not on Sunday. There’s always plenty to gamble on for sports bettors, but this particular day on the calendar certainly encourages NASCAR betting.

With an estimated 200,000 people traipsing into Las Vegas just for the Kobalt 400 and the ability to wager on NASCAR odds legally right near the track, sportsbooks are set to have their best racing day of the year.

How to Make Your 2016 NASCAR Weekend a Winner

Care to try your hand at the Kobalt 400? Know that there’s only been 11 drivers who have ever won this race since its inception in 1998, and chalk in some form virtually always holds up. There has never been a driver with greater than 12 to 1 odds win the Kobalt 400.

This year, a total of 11 drivers fit that mold, led by defending champ, Kevin Harvick, who is 4 to 1 to win the Kobalt 400. Jimmie Johnson has won this race four times, including three times in a row from 2005 through 2007. He’ll go off at 5 to 1 to win this race. Matt Kenseth, who is a three-time winner of this race in his own right, leads a pack of three contenders at 6 to 1.

Denny Hamlin is set at 13 to 1 and isn’t truly expected to be a legit challenger for his second race win of the year, particularly after a disappointing 16th place finish last weekend at the Folds of Honor QuikTrip 500.

Either way, the NASCAR results are sure to be exciting.

You can find Kobalt 400 odds, props and futures at BookMaker.eu:

The forecast looks perfect for Friday and Saturday with sunny skies and temperatures in the high 70’s. Sunday’s forecast shows a high of 67 degrees and a 20 percent chance of rain, with winds gusting anywhere from 25 to 50 mph.

Looking to cash in on the NCAA fun once the Kobalt 400 is over? See March Madness 2016 Explained in Numbers