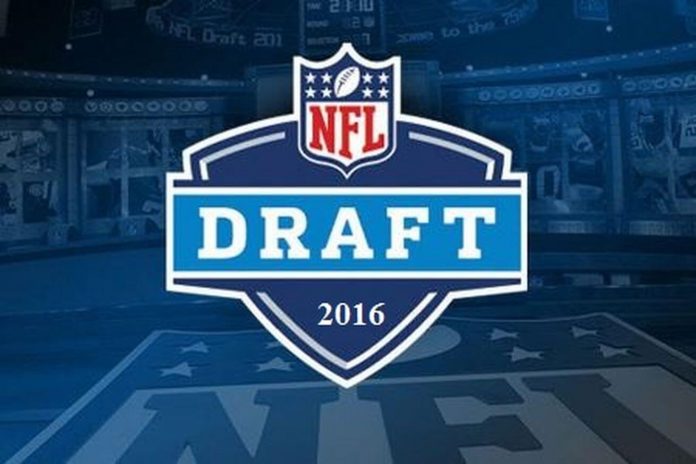 Normally, all of the drama of the NFL Draft comes on draft night. This year in NFL draft picks, though, the Los Angeles Rams have already made a huge splash, trading all the way up from No. 15 to the top of the draft board.

The presumption here is that they’re going to be taking their franchise quarterback as they make their transition to Tinseltown, but will the pick be California’s Jared Goff or North Dakota State’s Carson Wentz? Here’s our latest NFL draft analysis.

An NFL Trade Made in Heaven

The Rams really didn’t have a choice but to move up here if they really wanted their quarterback. There’s no way that either Wentz or Goff would be on the board at No. 15, and with the Titans so desperate to trade down, the trade was really made in heaven.

Tennessee now has six picks in the first three rounds of this draft and an extra first rounder next year. It also has the ammo to get back into the Top 10 if the franchise so chooses.

Pressure Is on Rams

As far as the Rams are concerned, they knew they had to make a splash. The entire front office and coaching staff will be graded on how this first pick pans out, especially with the loss of the first rounder next year. Case Keenum was never going to be a starting quarterback in Los Angeles, and though a vet like Brian Hoyer could ultimately be signed, the Rams obviously thought enough of Goff or Wentz to make him the face of their franchise.

Of course, the last time L.A. – then St. Louis – invested in a quarterback with the No. 1 overall pick, the results weren’t exactly ideal. Sam Bradford had his moments for sure, but he never really evolved into a top-flight signal caller.

The common belief is that Goff is the most NFL-ready quarterback in this draft, while Wentz might have the better long-term value. There are certainly questions about the offense that Goff ran at Cal when he was asked to just stand in the shotgun and throw the ball all over the place. Wentz, though, didn’t really play against elite competition at the FCS level.

He wouldn’t be the first quarterback from the ranks of the FCS to have success in the NFL (the last to do it was Joe Flacco from Delaware), but it would be a decent risk to take a player who has never played against an elite college defense and ask him to start against NFL defenses in Week 1 of the season.

Who Will be the Browns Quarterback Pick?

Once the question of what the Rams are going to do with the top pick is answered, the attention will turn to the Browns. Clearly, they need a quarterback now that the Johnny Manziel experiment has imploded, but they could probably trade back and still get a quarterback, even if that man is Paxton Lynch from Memphis.

There will be plenty of suitors for that No. 2 pick, perhaps even the Titans. Jalen Ramsey, Larmey Tunsil and Joey Bosa are amongst the top players in this draft who will be left on the board at No. 2, and though the Browns could certainly use all of these guys, they’ve got bigger needs to fill.

The Chargers and Cowboys have to be thrilled about the move the Rams made, knowing that they could end up with their pick of the best non-quarterbacks in the draft if both L.A. and Cleveland select pivots.

All of these questions will be answered on Thursday, April 28 when the 2016 NFL Draft starts its three-day bonanza, which will be broadcasted by ESPN. Keep following BigOnSports for the latest NFL draft odds.

What’s next for the 2016 NFL Season? Be sure to check out NFL Week 1 Odds: Broncos vs Panthers in Super Bowl Rematch.