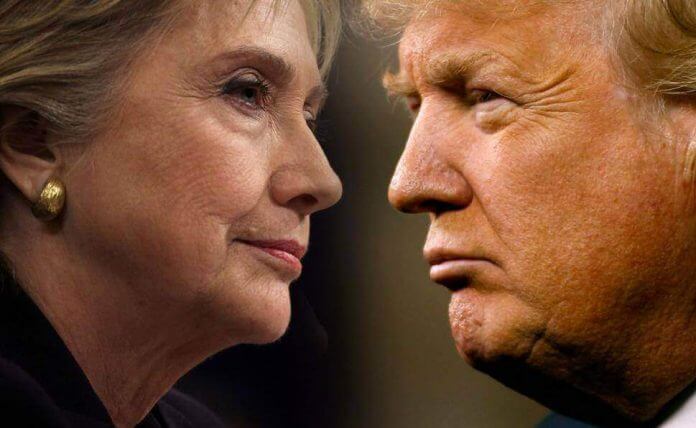 After humongous wins in the New York primaries on Tuesday, Hillary Clinton stands at the precipice of the Democrat nomination, while Donald Trump is once again the clear frontrunner to carry the Republican Party banner in November.

How do these results affect the presidential odds and the bookmakers’ positions on each candidate in their predictions for the 2016 election? BigOnSports breaks this down for you as well as all other political news in this election year.

Trump got the big win he needed in New York, clearing the 50 percent vote barrier in the state by a wide margin, and it looks like he will win at least 89 of the Empire State’s 95 delegates up for grabs. The Trump odds have bounced around quite a bit over these last few months and that has left books in different positions.

Some sportsbooks are in position to make money right now if Trump eventually won the Republican nomination, while BookMaker.eu is in a position to lose money if The Donald gained the nomination.

John Lester, lines manager at BookMaker.eu, stated recently that 65 percent of BookMaker’s Republican nomination handle is on Trump, but action on him has waned down recently as more people have been backing Cruz. After Trump’s dominant win in New York on Tuesday though, bettors may once again flock to Trump.

…65 percent of BookMaker’s Republican nomination handle is on Trump…

Trump’s huge victory in his home state also affected the odds for the primary contests coming up next week. He is at least a -2000 favorite in each of the five states due to hold their Republican Primaries the last week of April and he is now a -190 favorite to win the Republican nomination.

Prior to the results from New York, Clinton was a -1600 favorite to win the Democratic Primary and although there were plenty of people who liked her to win the nomination, most books stand to lose money if Bernie Sanders somehow wins the nomination.

However, after she trounced Sanders in New York, her odds are now up to -2000 to win the nomination and if her polling numbers hold in the Mid-Atlantic and Northeastern states set to have their primaries next week, she’ll have effectively locked up the nomination.

When it comes to the presidency, books are set to lose a lot of money if Trump or Sanders somehow becomes the POTUS. The 2016 presidential odds on these two candidates have been high throughout much of the nomination process, and attracted a considerable amount of money, even though Clinton is the overwhelming favorite.

…books are set to lose a lot of money if Trump or Sanders somehow becomes the POTUS.

Clinton is currently listed between a -250 favorite and a -305 favorite depending on which site you check, proving how good her chances are at gaining the White House. If Clinton wins the presidency, books are set to have a good day, but that may change between now and November.

Here is a complete list of US presidential election odds, courtesy of Bookmaker.eu:

If you’re following the election closely, be sure to read 2016 Presidential Polls: Everything You Need to Know