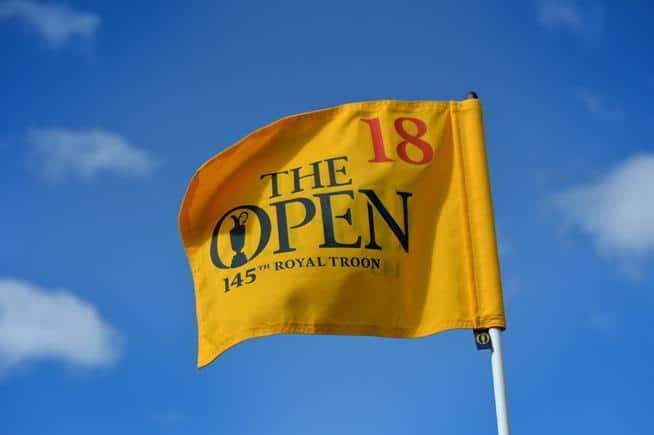 The 2016 Open Championship will be held July 14-17, 2016. Royal Troon Golf Club in Ayrshire, Scotland will host the event while the Golf Channel and NBC will televise the event live.

Wow, where has the season gone? We are already heading towards the third major of the year and the “Big 3” are winless. The 2016 Open Championship begins next week at Royal Troon and time is running out on golf’s elite. Unheralded Danny Willett wears the Green Jacket and talented Dustin Johnson finally got the monkey off his back by winning the U.S. Open, leaving the so-called Big 3 on the outside looking in.

World No. 1 Jason Day has been in the hunt in both majors but came up short each time, finishing T10 and T8. He was favorite to win the US Open. Jordan Spieth looked like he had the Masters in his pocket, then exploded on the back nine, paving the way for Willett, then finished T37 at Oakmont. Rory McIlroy has been disappointing in both majors, finishing T10 at the Masters and missing the cut at the U.S. Open. Dustin Johnson has outplayed them all!

Who Should You Pick to Win the 2016 British Open?

So, who should you pick to win this year’s Open Championship? Dustin Johnson plays well every week, including two wins in his last two starts. People forget he finished T4 at the Masters before winning his first major trophy.

His confidence is soaring and he has so much talent that he very well could win the Open Championship. Jason Day, Jordan Spieth and Rory McIlroy are the betting favorites, but Johnson may have the last laugh and walk away with his second straight major championship.

The reason that is important is because now we know that it doesn’t take a long bomber of the ball to win. Both Hamilton and Leonard were below average as far as length goes. A straight ball-striker will do well at Royal Troon.

He is finally figuring it out and now the wins are starting to come. The talented, long-hitting Johnson is now the No. 3 ranked player and rising. Wouldn’t it be nice to be the longest player on the planet and some weeks the straightest, what he did last week at the WGC – Bridgestone Invitational. It’s not fair! He may not win, but will be a factor for sure. The jovial Englishman is back in form after struggling for a few months with four top 25s in his last four starts worldwide. His smooth putting stroke has returned and the results are starting to come. Top 5 last week in France and Sullivan offers gamers the best VALUE on the board. Watson is in a slump and hasn’t been in the hunt since the West Coast swing. Check out his last six starts: T28 – T37 – T43 – T65 – T51 – T14. That doesn’t sound like the play of a guy who is ranked No. 5 in the world. Bubba doesn’t like the long plane rides, doesn’t like links-style golf and doesn’t play well in the Open Championship. Fade him in all formats. The Brit opened up at 100/1 and now is down to the current price of +3900. The move is due to his high finish at the Masters and his course knowledge of Royal Troon, where he finished in the top 5 the last time the Open Championship was held there.

The 2016 Open Championship gets started Thursday, July 14, 2016. You can watch and bet on the action live with Golf Channel and NBC broadcasting golf’s third major.

For more betting tips, check out Which Betting Strategy is the Most Profitable?