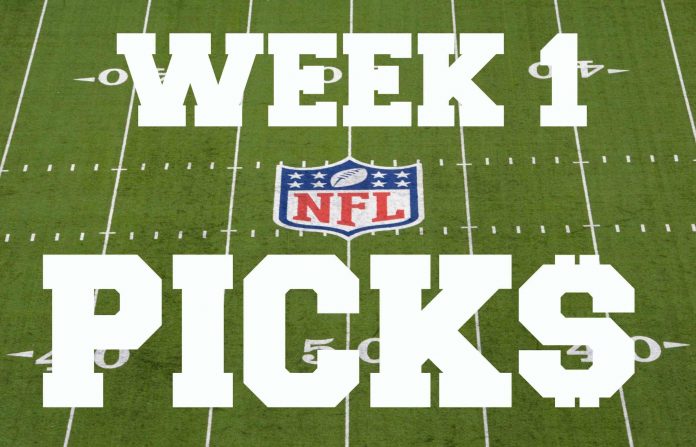 Spring is in the air, folks, and teams are meticulously clawing through hundreds of NFL Draft prospects. It also means that it’s  the official start of the 2017 NFL betting campaign. Week 1 point spreads and free football betting tips abound for you!

The 2017 schedule dropped on April 20th, and when it did, BookMaker.eu put out its first set of betting odds for the games that’ll kick off on September 7. With the Patriots and Chiefs in the annual Thursday Night Football opener, it’s sure to be a close game.

Pats Favored By a Touchdown

The Pats are 7-point favorites over the Chiefs on opening night, and they’ll surely be on the squarer side of things. New England is always one of the most bet upon teams in the NFL, and after going 13-3 ATS last season (and picking up Kona Ealy, Brandin Cooks in the early stages of the offseason), why shouldn’t the Pats crush the competition again?

The Browns are expected to be the worst team in the NFL for the second straight season. The assumption is that a rookie picked either with the number 1 overall pick in the NFL Draft–or later in the first round when the Browns select again–will be the team’s starting quarterback in Week 1.

That’s bad news going against a Pittsburgh defense that got some of its swagger back at the end of last season. The Steelers were, of course, beaten by the Pats in the AFC Championship Game, so they’re going to be strong choices to come out of the AFC this year. Your NFL betting strategy shouldn’t be too tough: assume this won’t be a tough opening game.

The most intriguing game of the opening weekend will be in Dallas. “The Big D” is now firmly Dak Prescott’s team, and he’ll have had a full offseason under his belt. As great as the Cowboys were in their franchise record-setting 2016 season, they were one and done in the playoffs and will have to get back on the horse in 2017.

The one team that had Dallas’ number last year was the New York Giants, and they’re opening up the season in Arlington in Week 1. The Cowboys are 6-point favorites, but considering that both of these teams are favorites to at least land playoff spots again in 2017, nothing is set in stone yet.

Seahawks and Packers are NFC Contenders

The Seahawks and Packers probably underachieved by their own lofty standards last year, but they’re both still legitimately amongst the NFC contenders this year. The storyline when the two teams meet in Week 1 at Lambeau Field will be the return of Eddie Lacy to Green Bay.

Lacy was drafted by the Packers, but let go in the offseason, and he headed to Seattle, so there’s some real intrigue here. The Packers slumped down the stretch, but this is a new season with a hopefully healthier squad around Aaron Rodgers. Our NFL betting advice? The Pack win with a field goal.

The first game for the Los Angeles Chargers will be on the road against the Broncos. Denver’s season last year was marred with quarterback issues and infighting amongst players on both sides of the ball, but with Gary Kubiak gone, there will be an opportunity to effectively start anew. Who will be the quarterback for the Broncos?

Who knows at this point. What we do know is that Philip Rivers is hoping to lead the Chargers’ resurgence after their unlucky last season. We predict the Bolts will get 4.5 in the second of two MNF games on September 11.

Check out more Week 1 NFL odds at Big on Sports!