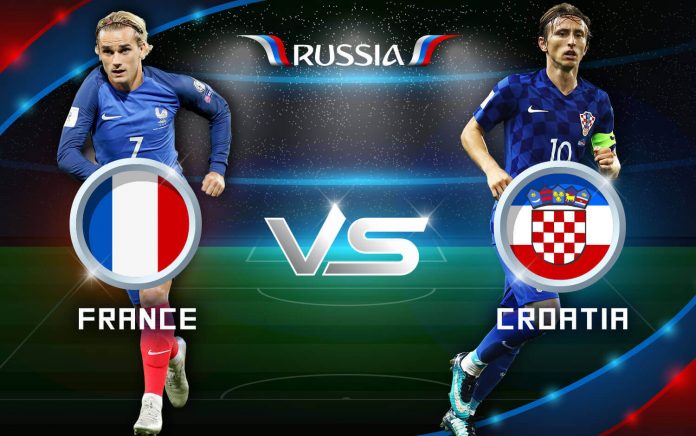 A total of 32 nations battled to get to this point but only two remain for the World Cup final set to take place on Sunday. At some point the luck Croatia has had on their side will run out. Reaching the World Cup final for the first time, the Croatians went extra time again to knock off England in the semifinals, bettering a loss to France in the last four in 1998. And again they came from behind to do it. Do they have another run in them to bring home the hardware or will this be the most painful loss for Croatia? France has dominated play in the knockout rounds outscoring opponents 7-3 with back-to-back clean sheets.

France advanced to its first World Cup final since 2006 behind another strong defensive game. They blanked Belgium 1-0 in the semifinals for its second straight shutout and fourth in six World Cup games. France outplayed Belgium and could have won by a wider margin. The strong play of Kylian Mbappe has created numerous scoring chances in the knockout rounds and the 19-year-old struck for a pair of goals in a win over Argentina in the final 16.

It seemed inconceivable that France would be playing for World Cup glory after sleepwalking through the group stage. Narrow, uninspiring victories over Australia and Peru were followed with a 0-0 draw against Denmark.  Thanks to a nice draw in a weak group, the French were able to advance and they’ve remained unbeaten by scoring seven goals in three knockout round games.

Croatia will certainly enjoy the few days before Sunday’s championship match. They are playing in the final for the first time, but likely are too fatigued to even celebrate. They needed extra time and penalty kicks to subdue Denmark and Russia, and then outlasted England 2-1 in another match that went extra time. And Croatia got stronger as the match went longer, which was a bit surprising considering the number of minutes they played in previous matches.

Both clubs like to attack and pressure the opposition. Croatia will counter France’s Mbappe with talented midfielders Luka Modric and Mario Mandzukic, who scored the game-winner in extra time to defeat England in the semifinal match. Croatia would prefer a possession game and it has the players to accommodate that strategy. That would keep Mbappe, Olivier Giroud and Antonine Greizmann off the ball and increase The Blazers’ chance of pulling off the upset. 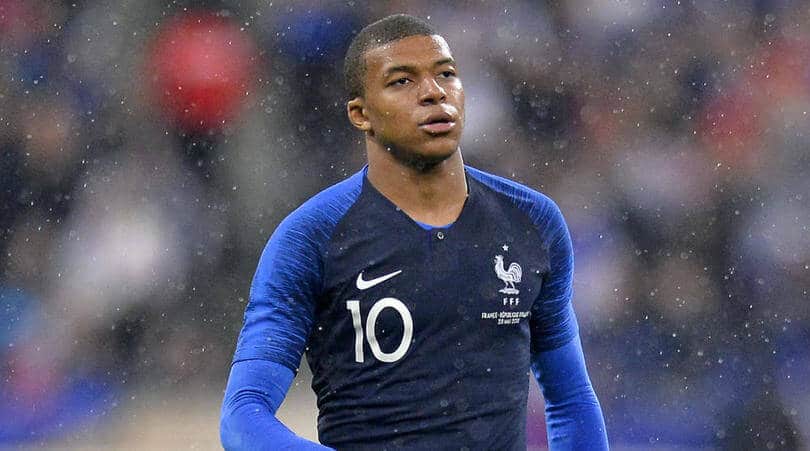 The star of Mbappe continues to shine brightly as he seemingly gets better with each match. The teenager is becoming a global phenomenon and can launch himself into super stardom with another impressive outing on football’s biggest stage. France became a different team during the knockout rounds and Mbappe has led the charge. After tallying just three goals during group play, France has reached the back of the goal seven times. Mbappe scored twice and overshadowed Messi in an electrifying win over Argentina in the final 16. He hasn’t scored in the last two matches, but that doesn’t mean he’s been silent. Mbappe has been a force with his speed and runs on the flank, and when he draws attention he can make the right decision and the perfect pass.

Belgium has been fortunate during the knockout rounds, getting by on penalty kicks twice and winning the semifinal match in extra time. They have to be fatigued as well, and France had an additional day of rest before the World Cup final. The speed of France and the playmaking of Mbappe will eventually take its toll and the second half success Belgium has enjoyed in its recent matches will disappear. France can create opportunities with its attack and the back four has done a tremendous job during the entire World Cup, limiting opposing nations to just four goals, with three of those coming in the match with Argentina.

Belgium is a talented club or they wouldn’t be here. They’ve also had some luck on their side. The constant pressure and attacking of France will wear down The Blazers and I don’t think they have enough to keep up the pace.