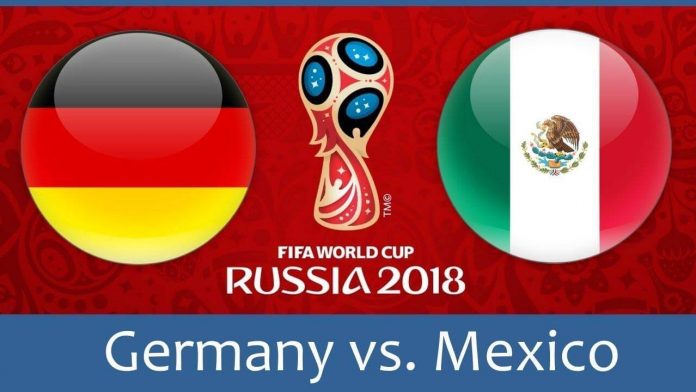 The mighty Germans begin defense of their World Cup title with a match against Mexico in what is likely the best matchup in Group F. There is a structure to this particular grouping. Germany is clearly the top team while South Korea sits at the bottom. Sweden and Mexico are in the middle with Mexico a few notches ahead of the Swedes. That makes this opening match important for both squads and they probably would have preferred the tilt take place later in the month as both have struggled in recent friendlies and with injury concerns.

The 2018 German team isn’t loaded with the star talent that graced the field in Brazil four years ago, and that could be their undoing. Also, their best player from 2014, goalkeeper Manuel Neuer, just recently returned from an injury layoff. Neuer saw his first action in nine months and the Germans were stunned by Austria in a friendly. Germany ended a five-match winless streak by defeating Saudi Arabia 2-1 in their final World Cup tuneup.

The defending champs were never in danger of not reaching the 2018 World Cup. The Germans swept their qualifying matches winning all 10 with a plus-39 goal differential. Toni Kroos is their biggest star, but the Germans are as deep as any nation in the event. In fact, the Germans are so loaded that the EPL’s Young Player of the Year Leroy Sane, in a curious move, was left off the team.

Mexico has reached the knockout stage in the last six World Cup tournaments and that streak should continue this year. However, the nation hasn’t advanced past the round of 16 in that span and a likely matchup with Brazil is waiting. Mexico went 2-1-2 in its last five qualifying round matches to take first place, earning its 16th World Cup appearance.

There’s a lot to like about El Tri with plenty of youth and versatility across the forward line. However, an injury to Diego Reyes will likely keep him out of the tournament, leaving a huge hole at midfield. Nestor Araujo has already withdrawn due to injury, further thinning the ranks.

1 – It’s not how Mexico wanted to enter its first World Cup match. In four friendlies ahead of the tournament, the Mexicans scored just one goal, that coming in a 1-0 wn over Scotland earlier this month. Manager Juan Carlos Osorio has been widely criticized for his lineups and constant tinkering of his players. He moved away from the formula that got his club a qualifying round victory, moving players around in the friendly matches, which produced only a Giovani dos Santos marker. He has yet to establish a playing style or settle on a starting lineup. We can expect to see a lot more shifting of players in the opening match and if things don’t go well, Osorio will be searching for answers.

Germany has a set lineup and the players all know the system, that’s why they are a favorite to repeat as World Cup winners. Mexico is their stiffest competition in Group F and both clubs struggled in friendlies ahead of the tournament. However, the Germans had a plan of not playing their top performers where the Mexicans flat out couldn’t score. The constant maneuvering by Osorio isn’t going to help his team, especially against a disciplined and well-coached German squad.

Sane would probably be the best player on Mexico, yet he was left off the German roster. That shows us how stacked they are. This is Germany’s match and tournament to win, and they get started in a big way. The moneyline is steep for Germany, so I look for them to cover the line and hit the over behind their attack of Kroos, Mesut Ozil and Thomas Muller.

Check out the latest 2018 World Cup betting odds and props.