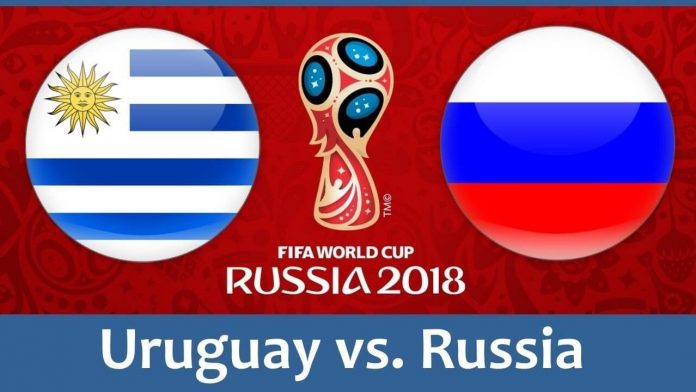 The Russians may have gotten into the World Cup by being the hosts, but they sure are playing like they belong. The lowest FIFA-ranked team in the tournament, Russia has dominated play in Group A and has advanced to the knockout round with one match left to play. It’s a big one against Uruguay on Monday to determine the winner of Group A. Both squads defeated Egypt and Saudi Arabia in group action with the Russians holding an 8-1 scoring advantage while the Uruguayans have yet to allow a goal.

Heading into the World Cup it certainly didn’t look like the Russians had this in them. The squad coach Stanislav Cherchesov had to work with was either old or injured. They weren’t expected to get out group play. FIFA had the Russians ranked three spots below the Saudis prior to the first match, but the Russians got a goal from Yuri Gazinsky in the 12th minute and sub Denis Cheryshev scored twice to lead the hosts to a 5-0 victory.

Entering the World Cup the Russians were winless in their previous seven friendlies and scored a total of seven goals in those matches. Beating Saudi Arabia wasn’t a total shocker, but the score was. The next match was going to be different, and the Russians would be without Alan Dzagoev, who exited with a hamstring injury, for the match with Egypt. But with a sudden bolt of confidence, Cheryshev kept up his stellar pay by notching his third goal of the tournament, and the Russians silenced Mohamad Saleh for the most part in a 3-1 victory.

In what is considered one of the weaker if not the weakest group in the World Cup, Uruguay is the favorite to win it. The two clubs have already advanced to the knockout rounds and the Uruguayans need a victory on Monday to win the group. They’ve shown the ability to shut down opposing offenses by pitching a pair of shutouts in the first two matches. But they will need to pick up the pace offensively to run with the free-flowing Russians.

Diego Godin and Jose Gimenez are stronger than ever on the back end ruling the box. They posted another clean sheet against Saudi Arabia on Wednesday, punching their ticket to the next round. However, there are still some concerns with creating scoring opportunities and Oscar Tabarez has been unable to improve the play of his midfielders. His six mid-field substitutions in the first two matches were a sign that he’s looking to find some cohesion among his front line players.

The Russians are playing with house money and their relaxed style of play has resulted in an offensive explosion. Their eight goals in two matches are easily the most in the tournament and twice as many as the next most productive team. They’ve gotten the biggest contribution from Cheryshev, who likely sees little action if not for the injury to Dzagoev. Cheryshev didn’t play in two of the last four friendlies and was a late sub in the others. He didn’t even attempt a shot in those matches. Now he’s a folk hero in his home country after scoring three markers in the first two matches and leading the Russians into the round of 16.

Russia vs Uruguay – Who To Bet

Using the advantage of playing at home, the Russians have already advanced to the next round while garnering the support of an entire country. Prior to the World Cup most followers would have been happy with a good showing, but this group has elevated the expectations of everyone, including themselves. The goals have come fast and easy and the Russians may have been overlooked by Egypt and the Saudis, but they played strong throughout.

Uruguay prides itself on playing strong defense and the play of Godin and Gimenez in the box has been outstanding. With few options on offense, the Uruguayans will be on their heels and that makes for more chances of committing a miscue in your end. We saw the pressure Russia applied to the Egyptians that resulted in an own goal and the Reds have the backing of the entire country, which is a powerful homefield advantage.