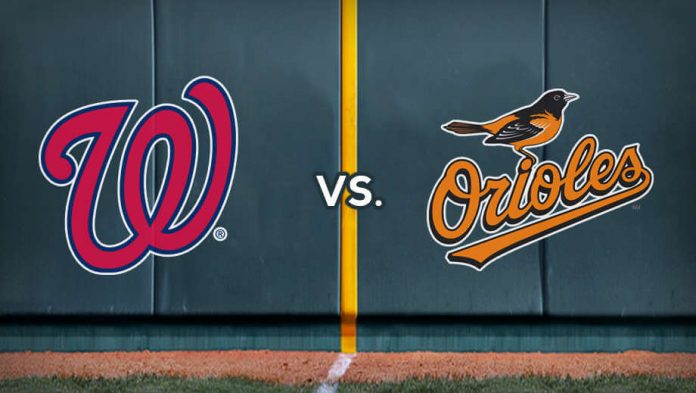 The Washington Nationals have hit a slide of late and continue to trail the surprising Atlanta Braves in the National League East. The Nats are expected to pick it up because of the team’s top-tier talent but it’s been a grind thus far. Washington has a great chance to secure a victory this week when it faces off against the woeful Baltimore Orioles.

Baltimore has the worst record in the major leagues and has no chance of the playoffs. The Orioles are headed toward a full rebuild and will be the underdogs in this matchup. Washington needs to get out of its funk and start charging to the top of the division so that it can make a return to the playoffs, and this is a good game in which to start.

Vegas oddsmakers have the Nationals at a -210 favorite to win this contest. Washington has actually been under .500 this season at home but that does not figure to remain the case moving forward.

The Orioles have been awful on the road this season and will aim to pull the upset, but it won’t be easy.

The Orioles are hoping to get something out of veteran right-hander Andrew Cashner. He is 2-8 on the season with a 4.98 ERA and a 1.69 WHIP. Cashner had promise at one point but is no longer a league average starter and could get roughed up in this one. He has allowed eight hits or more in each of his past four starts and is playing with fire by allowing that many runners to reach base.

The Nationals will start left-hander Gio Gonzalez. He is 6-3 with a 3.01 ERA and a 1.35 WHIP on the year. Gonzalez has struck out 78 batters in 80.2 innings pitched and that ability to miss bats has done a lot to help him keep his ERA down. The Orioles’ offense is not very potent and Gonzalez would love to toss a gem to get his ERA back under 3.00.

Baltimore’s best player is shortstop Manny Machado. He is hitting .310 on the season with 18 home runs and 53 RBIs and a .945 OPS. Machado is a great hitter and also an elite defender. He can play either position on the left side of the infield and his greatness and impending expiring contract makes him the prize of the trade season.

There was a recent report that the Diamondbacks are interested in adding Machado to the fold, and other teams figure to enter the mix in the next few weeks. Machado is a game-changing talent and will bring back a bounty to help Baltimore rebuild

Machado should be in the lineup for this game against the Nationals, but it wouldn’t be a surprise if he is soon wearing a new uniform.

Baseball is a tricky game and nothing is ever guaranteed, but the Nationals are going to be big-time favorites. Washington has the better starting pitcher, the more talented lineup led by superstar Bryce Harper and the home field advantage.

If there is ever a time to bet big on a favorite to take care of business, this is the game. Take the Nationals in a parlay as they are a virtual lock to come away with an easy win.