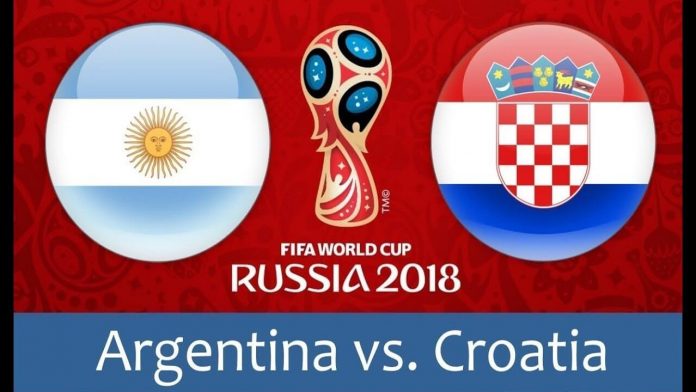 Argentina has to be ready to get back on the grass after a poor start to the World Cup. Argentina played to a draw against undermanned Iceland in its first match of group stage play and needs to accumulate some points to guarantee getting out of it alive.

Argentina’s next match will be against Croatia. Despite the slow start, Argentina will be the favorite to win this matchup. Three points is the goal for Argentina, but Croatia already has a win in the group stage and a victory or at least a draw would be huge.

Lionel Messi had a poor start to the World Cup but will be the most talented player on the field. Don’t be surprised if he gets on track with a goal in this matchup.

The oddsmakers have listed Argentina at +101 to win this game. Croatia is the +283 underdog, while a tie is listed at +233. While Argentina is the better team, any of the three outcomes seem realistic in what should be an intriguing matchup.

Argentina scored first against Iceland when Sergio Aguero found the back of the net in the 19th minute. It looked like the rout might be on, but Iceland fought back with a goal from Alfred Finnbogason a few minutes later. Argentina had 16 shots in the second half and Iceland didn’t take a single one, but incredibly the game remain knotted up and ended in a 1-1 draw. It was a big upset and now Argentina must pick up a win in order to get atop the group stage standings.

Croatia won its opening round match against Nigeria by a score of 2-0. The team’s defense was solid throughout and the offense did enough. Croatia scored its first goal in the 32nd minute although it was an own goal off Nigeria, although the cross into the middle of the action was a nice move to force the action.

Luka Modric wrapped things up by scoring in the 71st minute. It was an impressive opening showing for Croatia, but the level of opponent increases dramatically in this matchup against Argentina.

Messi entered the World Cup with the second-best odds to lead all players in goals, but is now a significant underdog. Cristiano Ronaldo had three goals in his debut for Portugal and is now the +235 favorite to finish the tournament with the most goals. Messi’s odds have ballooned to +2503 behind a host of players who have already found the back of the net.

Messi had a great chance to score against Iceland by taking a penalty kick, but he couldn’t connect, which helped lead to the draw. He could very well find the net in this match but he will still likely be behind Ronaldo and others in the race to lead the players in scoring at the World Cup.

This is not an easy match for Argentina. Expect a low-scoring affair as the “under” is the easy call on the goal total. While Messi is going to score, take Croatia to pull out a key draw as Argentina’s World Cup issues continue. Croatia is the choice against the spread in World Cup soccer gambling.

Our Pick: Croatia and the UNDER