Home Latest News 5 Sports You Can Still Bet On Now 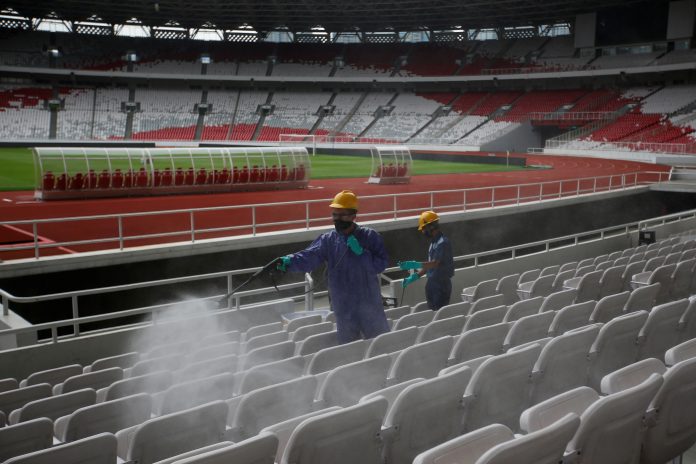 We get to stray from our regular dose of esports, simulated games and Belarusian soccer for a bit with the 2020 NFL Draft set to dominate the sports and betting landscape for a few days beginning on Thursday. The event will have a definite gamer feel to it, though, with Commissioner Roger Goodell announcing picks from his basement. Of course his basement is probably twice as big as my house, so don’t feel sorry for him. Instead we should thank the Commish for forging ahead with his draft plans despite pushback from team GMs. Those other events will be offered at online sportsbooks in full force. Let’s take a look at what’s available on the betting front for the week ahead. Not to take anything away from the athletes and games that have given us so much satisfaction and relief for the last month, but the NFL is back. With mainstream sports on hiatus thanks to the coronavirus outbreak, fanatics and gamblers had to get their fix elsewhere. Well, that’s about to change. The NFL draft will take center stage with the first round on Thursday, giving sports bettors hungry for action some relief. The second and third rounds will take place Friday with the final four rounds slated for Saturday. ABC, ESPN and NFL Network will televise the draft.

Oddsmakers had plenty of time on their hands to come up with a number of proposition bets for the festivities and you can throw down on all of them at BookMaker.eu. LSU’s Joe Burrow is a huge favorite to be selected first leaving some sportsbooks to take the No. 1 overall pick and first QB drafted off the board. Those are about the only props not offered. You can wager on the first player drafted at every other position, over/unders on draft position, team and conference matchups, and many others at BookMaker.eu.

We still have the old standbys to wager on including esports. I bet that’s something you never in your lifetime expected to hear. Major League Baseball got a hold of the joystick and controls launching MLB The Show players league that continues this week. Players from all 30 teams will compete in a 29-game regular season through April 28. Texas Rangers’ Joey Gallo is 15-1 through the weekend with favorite Blake Snell of the Rays checking in at 13-3.

Soccer enthusiasts have the virtual games played out on the pitch. From top leagues in Mexico to the European contests, esoccer has become a staple on the betting front during the shutdown. BookMaker.eu offers odds for esoccer matchups scheduled throughout the week from Liga Pro, Battle Premier League, Bundesliga, CIS Cup, and Battle Champions League. Betting odds are available at BookMaker.eu with the games streamed on Twitch.tv. With Season 11 of the ESL Pro League recently completed that doesn’t mean we won’t have Counter Strike: Global Offensive contests to wager on. ESL One: Road to Rio qualifying events get started on Wednesday with 56 teams from eight regions competing over four weeks to earn a spot in ESL’s CS:GO Major later this year.

If ESL isn’t your league of choice don’t worry, there are a number of them out there. Season 6 of Loot.Bet/CS is currently underway. Qualifying for Dreamhack Masters continues on Monday. CS:GO is the most heavily bet game in the esports community but there are others. Competitive video gamers from around the globe also compete in League of Legends, DOTA 2, and Starcraft 2 among others. Visit BookMaker.eu for a schedule and betting odds. Simulated sporting events are as close as it gets to the real thing during the lockdown. And there are plenty of games to wager on. How about an all Texas Super Bowl? That’s what we have on Monday in the Madden NFL20 Battle of the Divisions final. There is also a runner-up sim between the Niners and Patriots, and reenactments from the first two Super Bowl games. If you’re missing hoops action NBA 2K20 playoff style games are on the slate. And the major sports are complete with MLB The Show 20 and NHL 20 matchups offered. Odds for all the sports sims are offered at BookMaker.eu and you can count your winnings by watching the streamed games at Twitch.tv. The Belarusian Premier League continues to play matches in front of fans. Now Turkmenistan Yokary Liga is doing the same. The country resumed its soccer season over the weekend giving the finger to the coronavirus pandemic. And when games are played there are odds to gamble on. Both leagues have matches scheduled during the week. And the Belarus Cup is ongoing with the winning team qualifying for the UEFA Europa League. Betting opportunities for all matches can be found at BookMaker.eu. The championship series of the Chinese Taipei Super Basketball League starts on Monday with Taiwan Beer facing semifinal winner Yulon Dinos in a best-of-seven. Odds posted at BookMaker.eu have Taiwan as a 7-point favorite in the opener.

Taiwan finished 25-7 during the season while Yulon went 16-16 and upset Pauian Archiland in a three-game semifinal sweep.