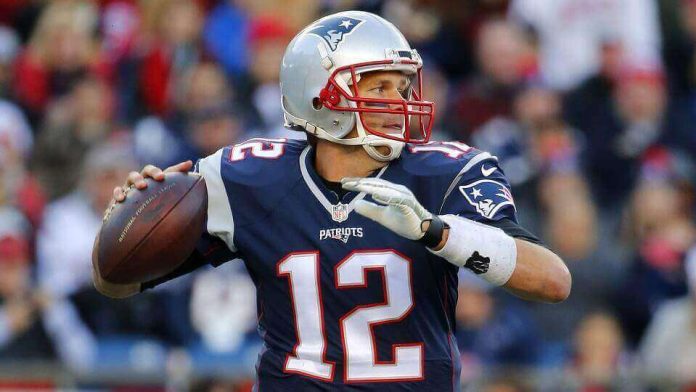 Most in the know in the NFL knew the Jacksonville Jaguars were going to take some major strides in the right direction this season. Few, though, could forecast a team that had picked in the top-10 in 10 straight NFL Drafts reaching the AFC Championship Game.

The Jaguars are 8-point underdogs against the New England Patriots in their third AFC Championship Game appearance in franchise history, and they’re going to hope to pull off the upset of all upsets to reach their first ever Super Bowl.

0: The number of times the Jaguars have won in Foxboro in their history. Jacksonville, in fact, only has one win in its history against the Patriots at all, and that came while Tom Brady was still playing in Ann Arbor. The Jaguars have been beaten by double-digits in each of their last six visits to Foxboro, and their average margin of defeat has been 21.0 points per game.

1: The number of quarterbacks who have ever beaten the Patriots who were playing in the postseason for the first time in their careers. Blake Bortles hasn’t exactly lit the world on fire in his first two career playoff games, but he’s got two wins and is one of the four quarterbacks left playing in conference championship game weekend. The only man who has beaten the Pats in his first year in the playoffs is Jim McMahon, and you have to go all the way back to 1985 when the Bears were Super Bowl Shufflin’ to the championship for that. Bortles and McMahon don’t exactly feel like they belong in the same sentence, but no one figured the Jags would be here in the AFC Championship Game either.

4: The number of playoff games these two teams have played against each other all-time. The last meeting came following New England’s perfect regular season of 2007. The Jaguars covered as 13.5-point dogs, but the 31-20 win improved the Patriots to 17-0. Each of the four games have failed to reach the total, and just one of the four games even got beyond 35 points. Both teams are 2-2 ATS in the four meetings while New England holds a 3-1 SU advantage.

7: The number of consecutive seasons in which the Patriots have reached the AFC Championship Game. The degree of success the Tom Brady/Bill Belichick combination has had is truly unprecedented. When Brady came to town, the Pats had a total of just two AFC Championship Game wins. Now, they have nine, more than any other franchise, including the mighty Steelers. This is going to be the second time New England has played against Jacksonville in the AFC Championship Game, though the last time was back in 1997.

14.5: The number representing the biggest point spread in conference championship game history. The “Greatest Show on Turf” St. Louis Rams were favored by 14.5-points over the Tampa Bay Buccaneers in the NFC Championship Game following the ’99 season. The Rams did win that game, but the 11-6 victory was a huge accomplishment for the Shaun King-led Buccaneers, who were being given no chance whatsoever in the game. Jacksonville isn’t quite being disrespected in this game to the same level as those Bucs were, but rare is the handicapper who genuinely believes the Jags have any chance of going into Foxboro and beating the Patriots. This is the biggest spread in a conference championship game since the Seahawks were -8.5 against Green Bay in the 2015 NFC Championship Game. Should this spread exceed 8.5, it will be the biggest spread in a conference title game since the Patriots were -14 against the Chargers in the 2008 AFC Championship Game.