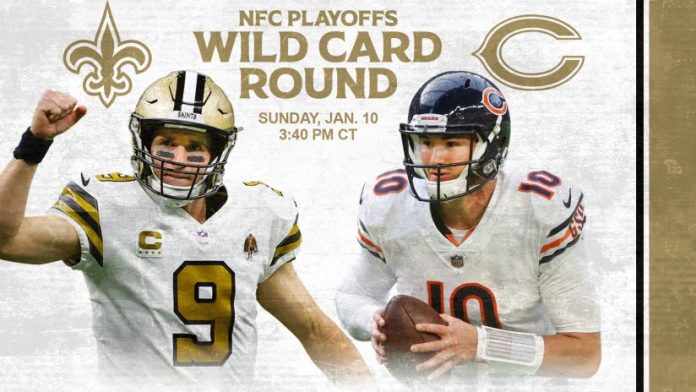 In what could be the final postseason for Drew Brees in the Big Easy, the New Orleans Saints host the Chicago Bears on Sunday in a Wild Card round game. The Saints also look to put some recent playoff heartache to rest. Just last season they were upset at home by an NFC North squad when the Vikings prevailed in overtime as a 7.5-point underdog. New Orleans is laying 10-points on the current NFL betting line, the highest on this weekend’s board.

The Wild Card round matchup between the Chicago Bears and New Orleans Saints will take place on Sunday, January 10, 2021, at 4:40 p.m. ET from the Mercedes-Benz Superdome in New Orleans, LA. The game will be televised nationally on CBS. 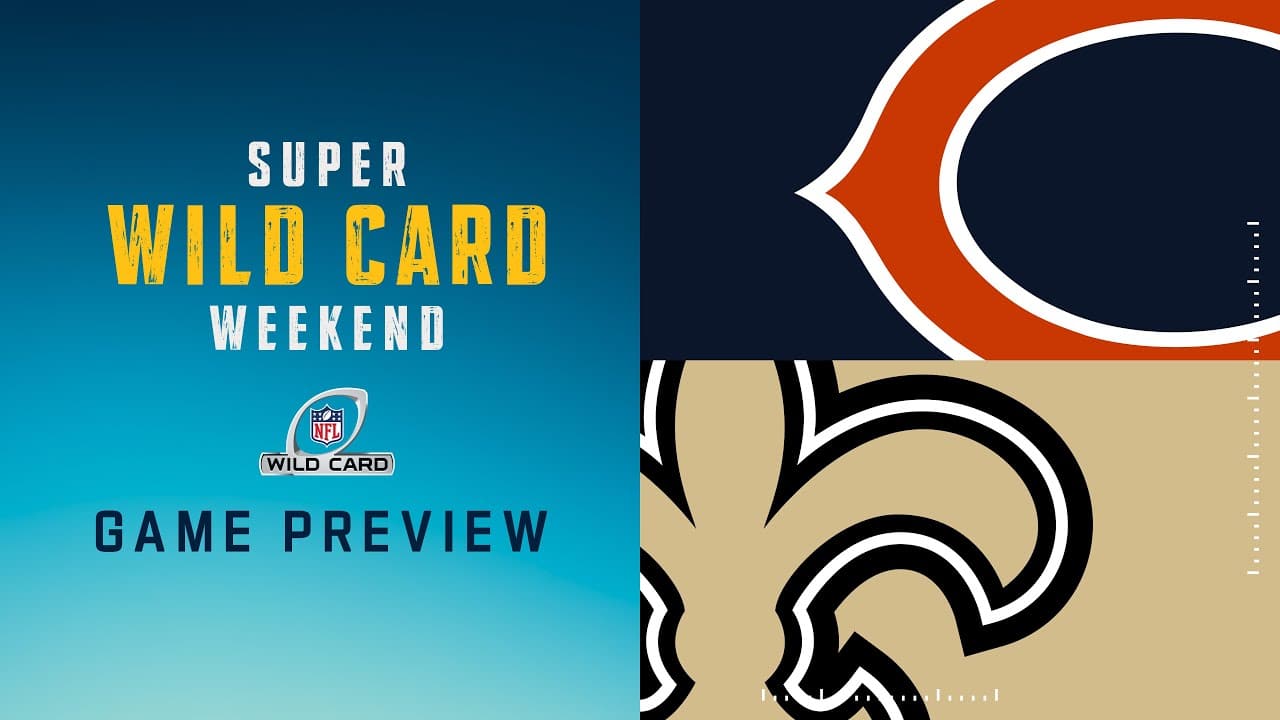 The Bears backed into the postseason when Arizona lost on the final day of the regular season. But they did enough over the final month to put them in position to reach the playoffs for the second time in three seasons. They had a three-game SU and ATS winning streak stopped by Green Bay, 35-16, in the finale to finish the year at 8-8 SU and ATS. Seven of their eight wins were against teams that failed to qualify for the postseason and they were just 1-6 SU and 2-5 ATS against teams that are playoff-bound. If the current line holds the Bears will play as a double-digit underdog for the first time since 2017. They are 0-7 SU and 2-5 ATS in their last seven when catching at least 10 points.

You could say the Saints finished the regular season on a high note after blitzing Minnesota and Carolina for payouts in the last two games. New Orleans went on another run after starting the season at 1-2. The Saints won nine in a row after that and finished with wins in 11 of their last 13 games while going 7-2 ATS in their last nine. The teams met in Chicago in Week 8 with the Saints pulling out a 26-23 overtime win failing to cover the 5.5-point closing line. 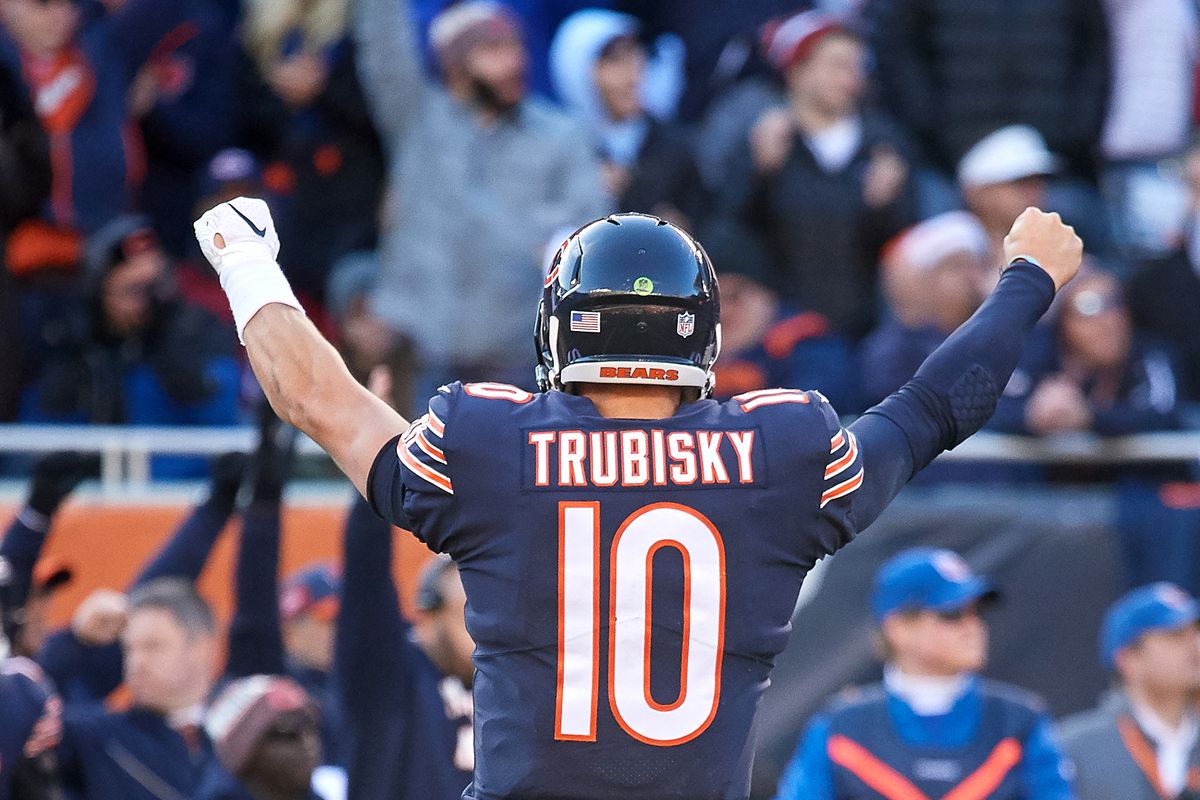 Not many folks are giving the Bears a chance in this game, as evidenced by the current line. That number actually went up with a majority of the betting public backing the Saints. That could be just what the Bears need for added motivation. After all, nobody believed in them when they won five of their first six games and they were counted out during the ensuing six-game losing streak. And it’s a showcase for much-maligned Mitchell Trubisky, who lost the starting job earlier in the year to Nick Foles and returned to lead the late season surge.

During their three-game winning streak the Bears averaged 36.7 points scoring at least 33 points in every game. They scored exactly 30 points twice in the first 12 games. Over that stretch Trubisky completed nearly 71 percent of his passes with six touchdowns. They also got strong games from David Montgomery on the ground. But if the Bears are to pull off the upset it will happen because of their defense. There was some regression from previous years with the unit finishing 11th in yards and 14th in scoring. 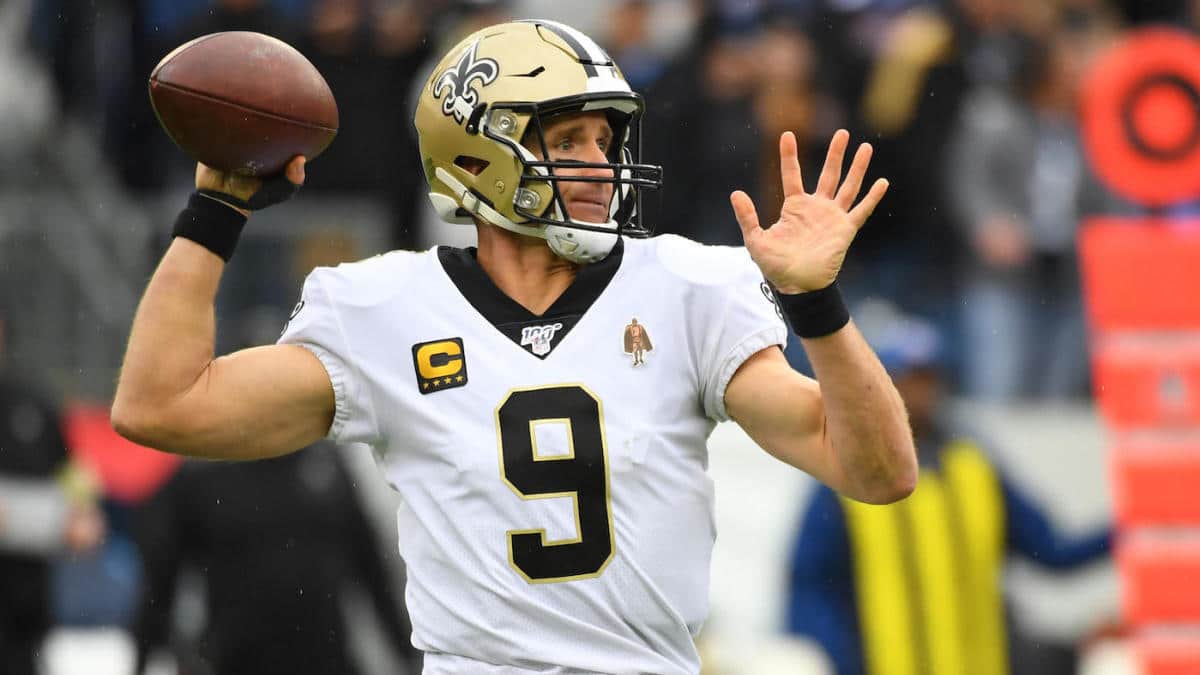 Catching a break on the playoff schedule, the Saints could get Alvin Kamara back for Sunday’s game. Sidelined after a positive COVID test, Kamara would be eligible to play if he gets cleared by medical personnel. Asked if Kamara would return to the team for the first postseason matchup, Sean Payton said, “We’ll see.” Kamara’s value to the offense can’t be overstated. He led the NFL with 21 total touchdowns and placed third with 1,732 combined yards despite missing the last game. They did fine without him against Carolina, but his presence adds another dimension.

Brees started to get more comfortable after returning from rib and lung injuries and Michael Thomas could be back giving the Saints a plethora of weapons on the offensive side. And while that unit gets healthier, the defense continues to shine. The Saints allowed 21.1 points per game to rank fifth and they placed fourth in the NFL surrendering an average of just 310.9 yards. They also had the third-most takeaways in the league and finished with a turnover margin of plus-9. 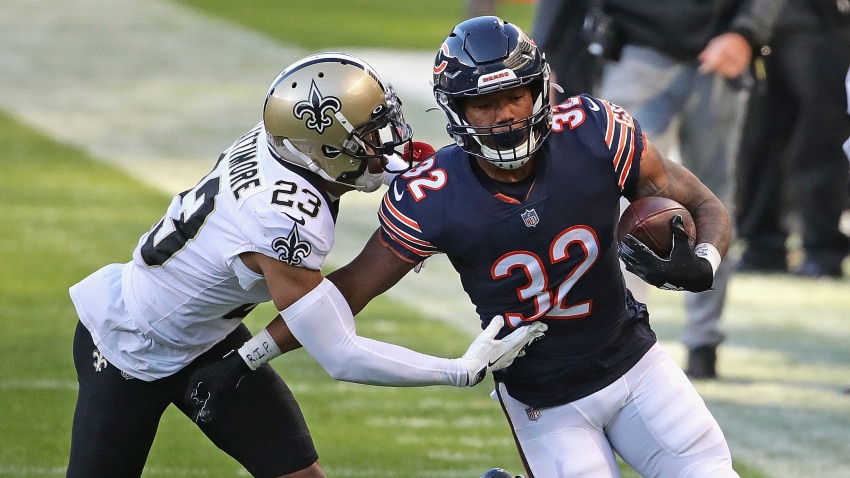 It’s hard to go against the Saints with the offense looking sharp and the defense one of the best in the NFL. Sure the Bears have struggled, especially on offense, and I can’t trust Trubisky. But they are stout defensively and they will be playing with a chip on their shoulder. Getting double digits on the line is a lot in a playoff game which is why I’m backing the visitors.