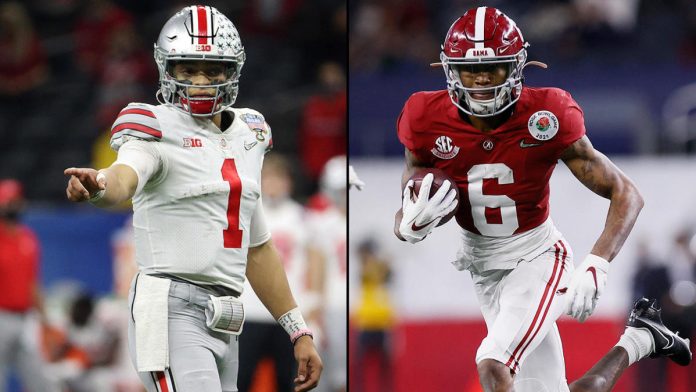 The Ohio State Buckeyes avenged last season’s playoff loss with a big win over Clemson in the semifinals. The question now is do they have anything left for the Alabama Crimson Tide? The two bluebloods meet on Monday to decide the national champion for the 2020 college football season. In a campaign marred by COVID it’s only fitting that the final game has some drama. OSU has dealt with concerns over the virus since beginning play and another outbreak had some talking about postponing this game. But the band marches on and a champion will be crowned.

The CFP National Championship game between the Ohio State Buckeyes and Alabama Crimson Tide will take place at Hard Rock Stadium in Miami Gardens, Fla. at 8 p.m. ET on Monday, January 11, 2021. The game will be televised live on ESPN. 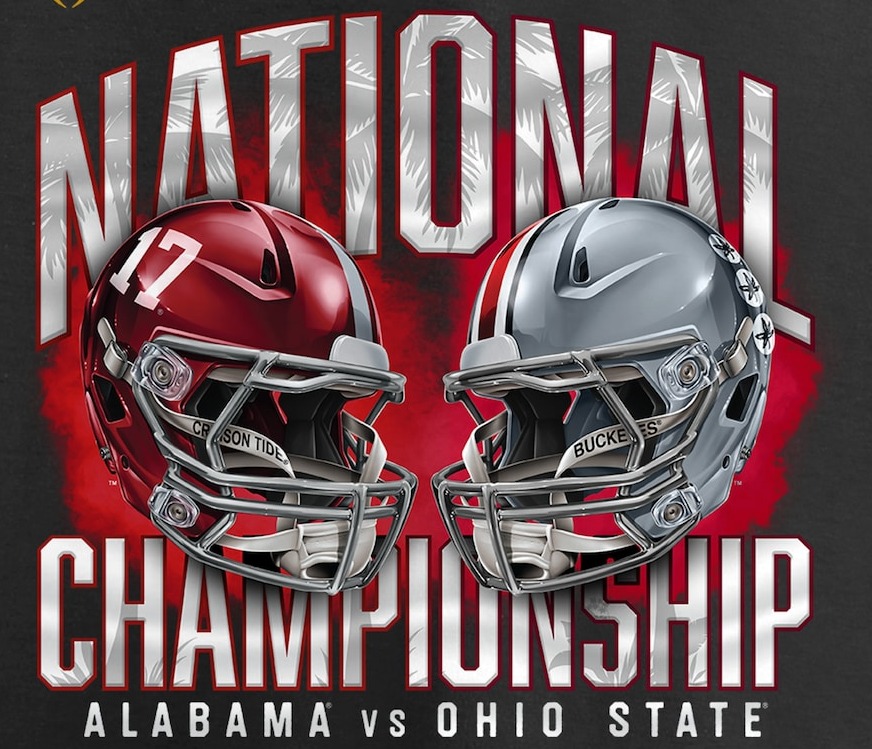 Alabama is the betting favorite again laying 8-points on the current college football line. It’s just the second time this season the Tide faced a single-digit spread. They easily handled Georgia in October, 41-24, giving 6-points. While their semifinal match with Notre Dame was never in doubt, Bama failed to cover the 18.5-point spread in the 31-14 win, their second straight ATS loss. They had covered in seven straight prior to the SEC Championship, facing some huge lines along the way. Overall Alabama went 8-4 ATS.

They only played five regular season games and were gifted a chance to win the Big Ten when the league made concessions. But the Buckeyes won them all with their most dominant performance coming against Clemson in the semifinals. If there was any doubt about OSU before that 49-28 win there isn’t now. While the Buckeyes are a confident team the betting public isn’t so high on them. Early action on Alabama forced the line to spike a half-point after hitting the board at OSU +7.5. Oddsmakers also expect plenty of offense with the total set at 75.5, though that number was wagered down a full point. 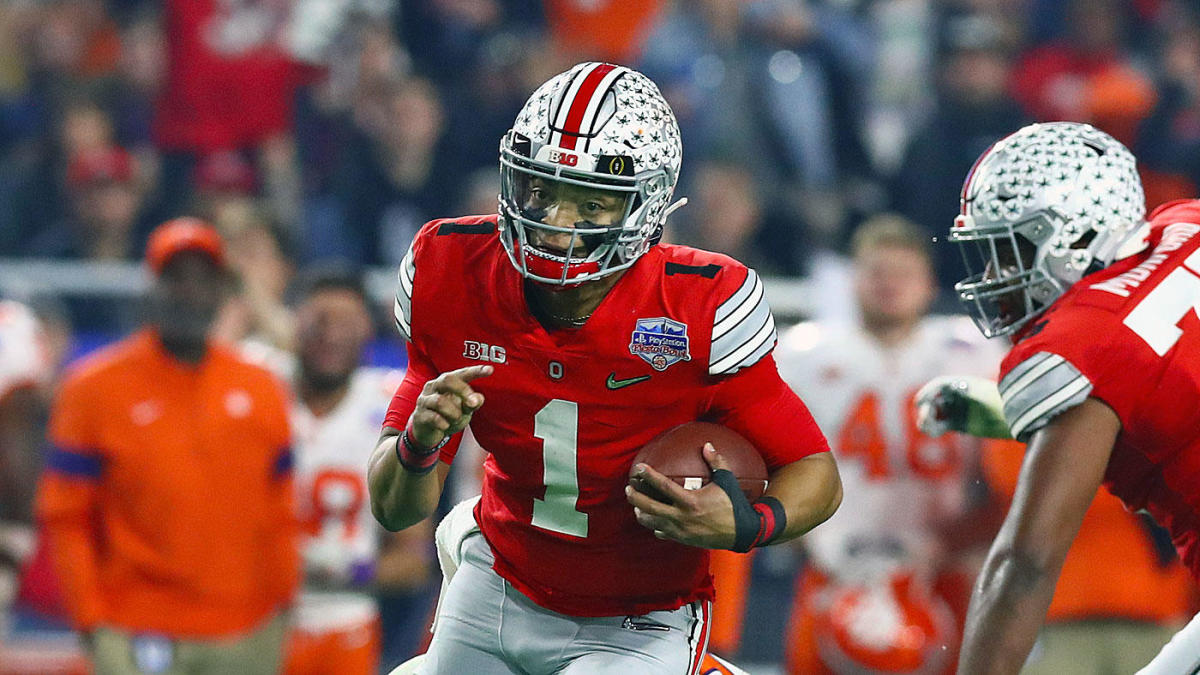 The only motivation for the Buckeyes is winning a national championship, which Ryan Day said was the plan all along. They didn’t lose a dramatic playoff game to Alabama last year and the opposing coach didn’t supply locker room fodder, but that’s okay because OSU is where they expected to be all along. “The goal was never just to beat Clemson. The goal was to win the national championship. I’d be disappointed if we didn’t play well in this game,” Day said.

Having Justin Fields right would go a long way toward making that happen. Fields was hurt in the Clemson game on a vicious hit to the mid section. He was evaluated and returned to post career-highs with 385 passing yards and six touchdowns. Trey Sermon provides balance to an attack that will need it against a strong Alabama defense. The Oklahoma transfer ran for 193 yards against Clemson and totaled 524 yards on the ground in the last two games. And the Buckeyes will need to move the football to keep up with the Tide’s explosive offense. 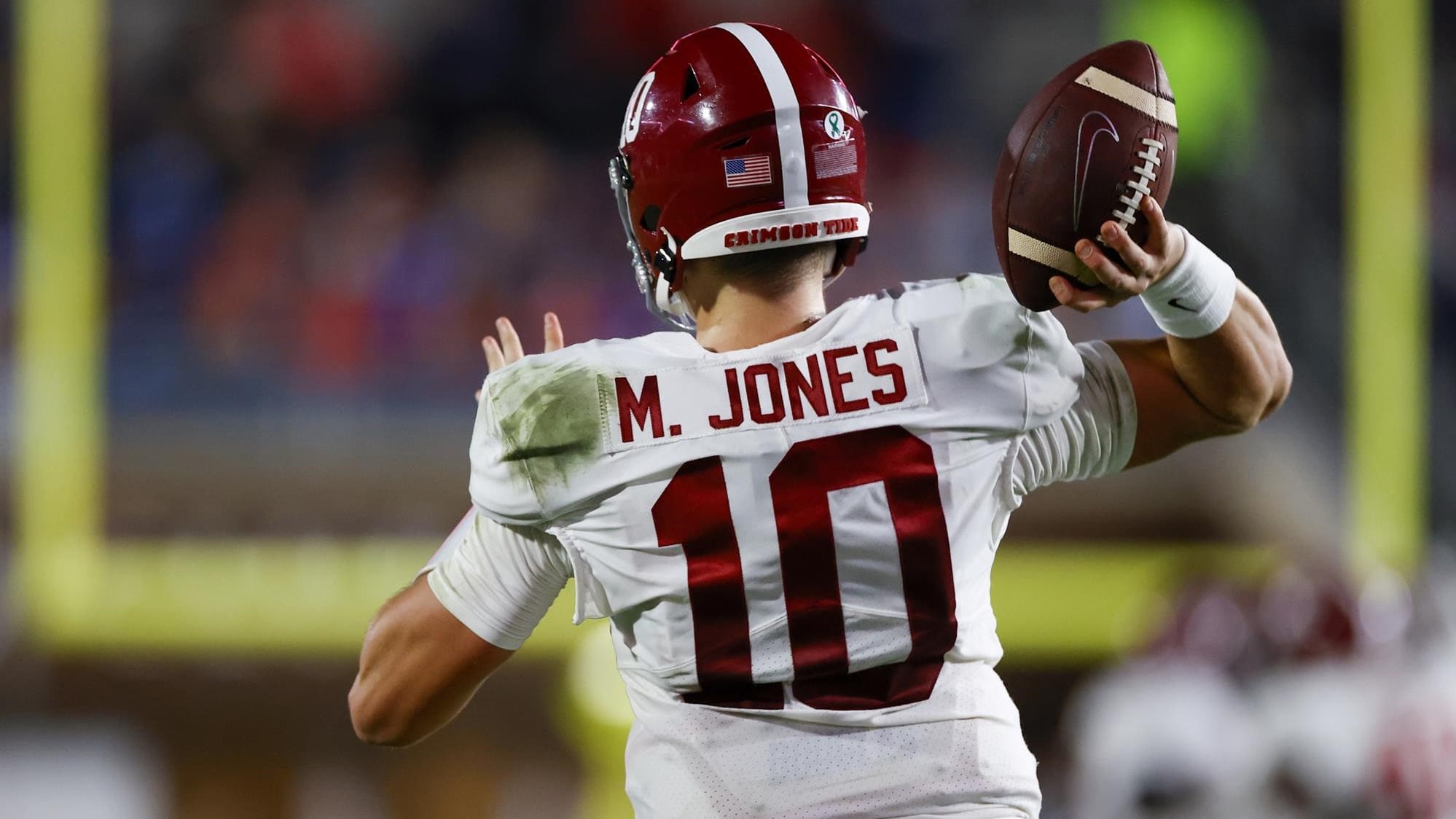 The added motivation might be on Alabama’s side. After missing the playoff last season for the first time, the Tide is on a mission. Not only did they beat every opponent on their schedule, they annihilated them with an average winning margin of over 30 points. While their streak of games scoring at least 35 points ended in the semifinals against Notre Dame, the contest wasn’t close. Heisman Trophy winner DeVonta Smith had a big game against the Irish with seven catches for 130 yards and three touchdowns. Finalist Mac Jones has been money all season throwing for over 4,000 yards with 36 touchdowns and only four interceptions.

Najee Harris probably should have been a finalist as well. He rushed for 125 yards on 15 carries in the Notre Dame game. And to make the challenge of stopping Bama even more difficult is the possibility that Jaylen Waddle returns after sustaining an ankle injury in October. Waddle was the main threat in the passing game with his absence opening the door for Smith to win the Heisman. And don’t forget about Bama’s defense. There was a snafu in the SEC Championship allowing 46 points to Florida, but the unit responded against Notre Dame holding an opponent to 17 points or less for the seventh time in eight games. 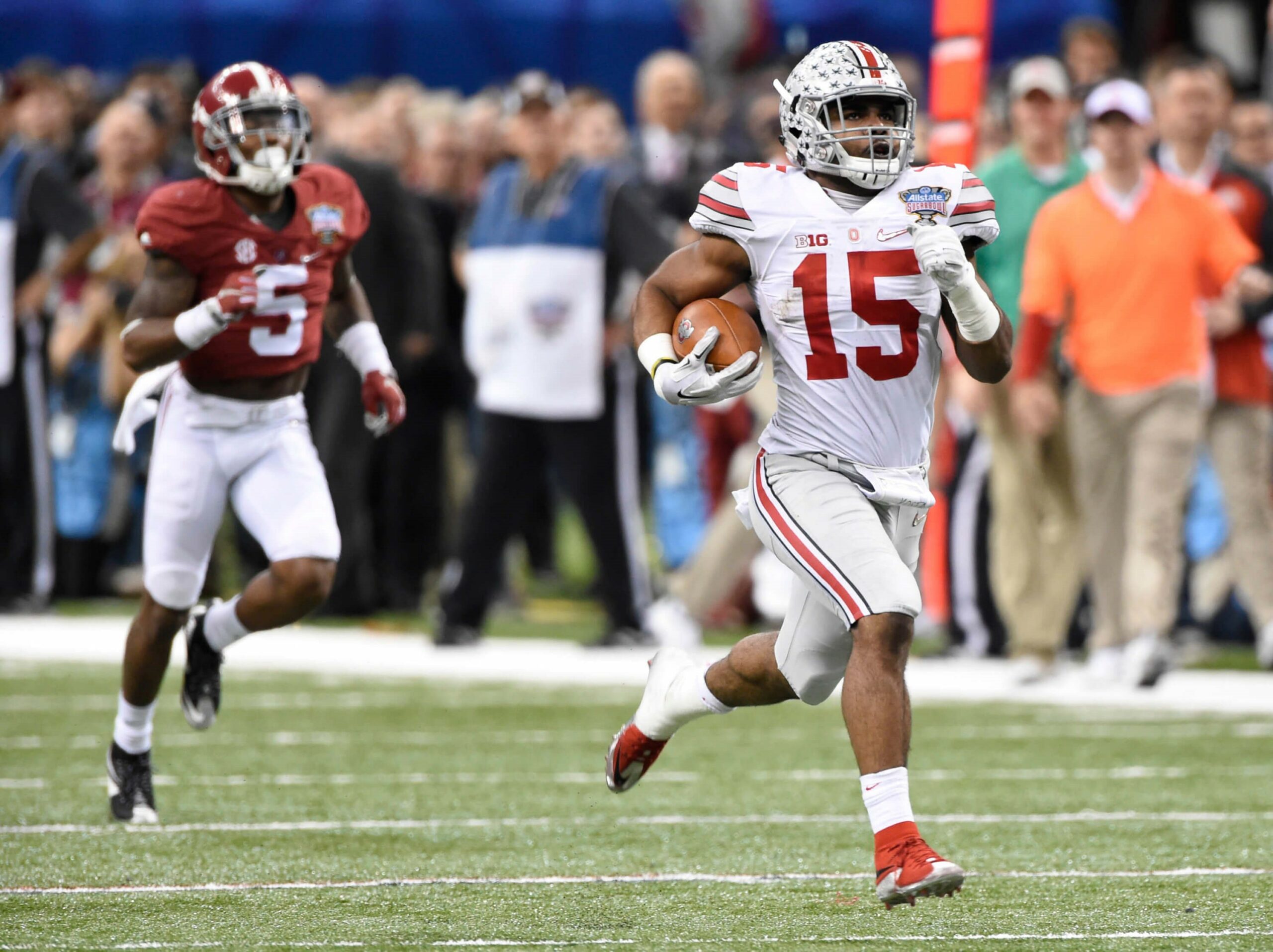 The best teams in the country should give us closer playoff games than what we’ve seen in past years. From a viewers standpoint let’s hope for a repeat of three years ago when Alabama beat Georgia in overtime. I don’t see that happening, though. Ohio State had its victory party in the semis and Fields isn’t 100 percent. Meanwhile, the Tide are nearly unstoppable and they will take advantage of OSU’s Big Ten worst pass defense.