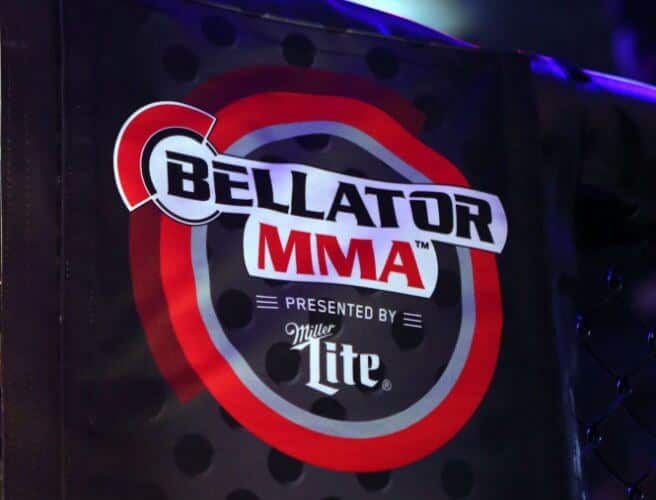 This Friday’s Bellator 171 in Kansas is a serviceable course following last week’s Sonnen-Ortiz card, and just a few weeks before the great Fedor Emelianenko returns to face Matt Mitrione. There aren’t too many stars to draw in casual fans, but there are a handful of bouts that should keep fight fans happy.

Guillard (32-16-2, 3 NCs, 21 KOs, 2 SUBs) is best known for his time in the UFC, when he was an explosive young lightweight who climbed into the top 10. That was 2011. The Guillard you see today is still a dangerous puncher, but not the fierce firebrand that was consistently dropping dudes. In fact, he’s winless in his past four fights. 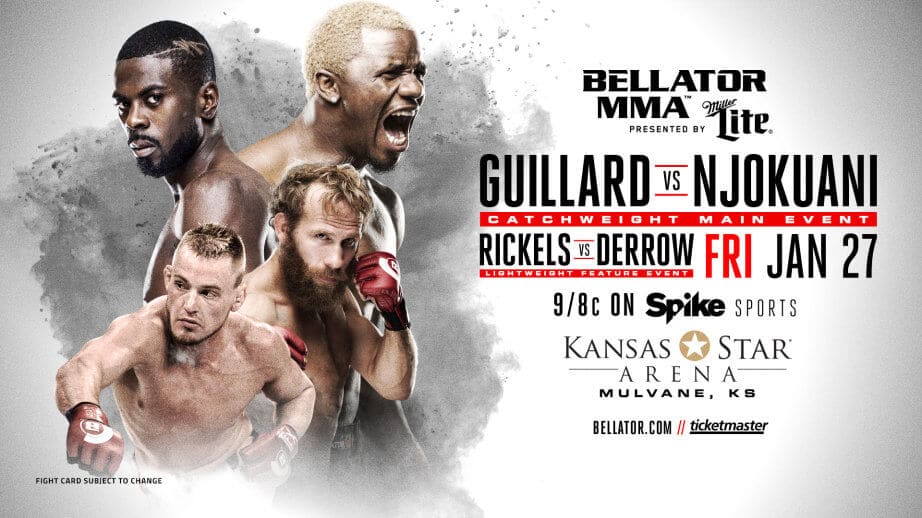 Njokuani (16-4, 10 KOs, 1 SUBs) is trending in the opposite direction. The 28-year old is unbeaten in eight straight fights, and he finished his last two opponents for good measure. “Chidi Bang Bang” is a big welterweight facing a natural lightweight on the the downside of his career. This is Njokuani’s fight to lose.

Representing in his home state of Kansas, local favorite “Caveman” David Rickels has long been one of Bellator’s steadiest performers. In fact, six of his last seven contests have come at the Kansas Star Arena, so he’ll have the crowd firmly in his corner. Rickels has had mixed success lately, going 1-1 with 2 NCs in his past four – all of which ended in violent fashion. 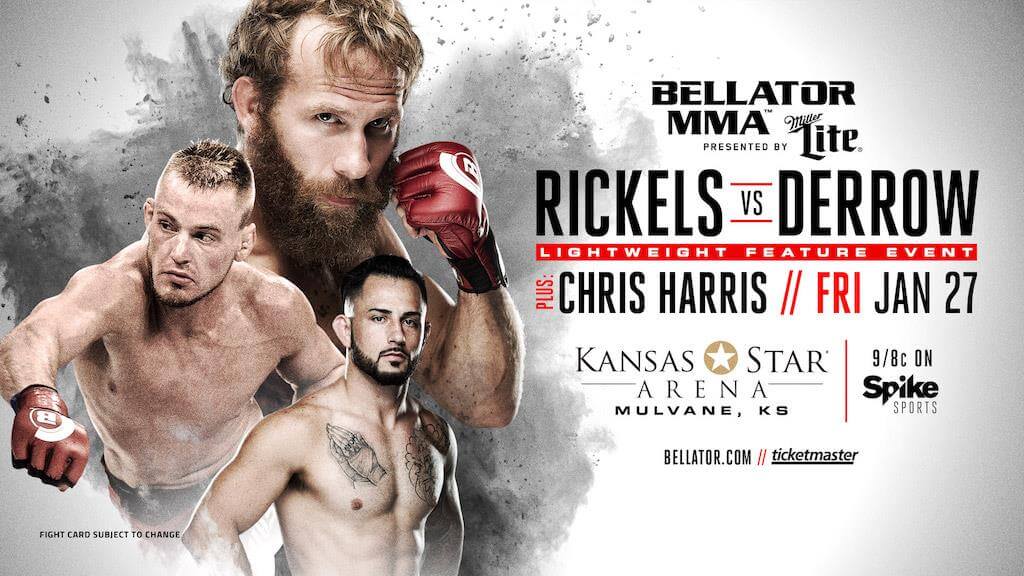 Since losing five straight fights from 2012-2013, Derrow has somewhat righted the ship with back-to-back wins over Ramon Barber and Nate Jolly. The grappling specialist has 10 submissions in 14 career wins. With a limited standup game, he’ll have to get this fight to the ground as soon as possible, but that might be hard to do against Derrow.

One of Bellator’s brightest prospects, McKee (6-0, 3 KOs, 2 SUBs) will put his undefeated record to the test against Brandon Phillips (6-2, 4 KOs, 1 SUB). McKee is coming off the first decision win of his career, marking the first time he didn’t finish an opponent. 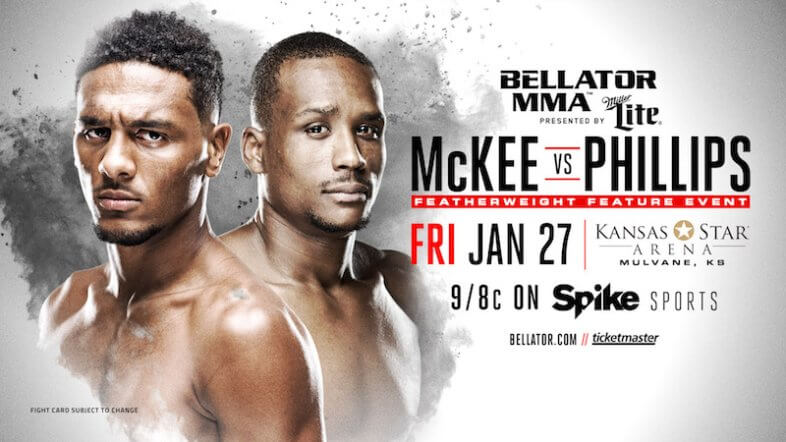 Phillips is just 1-2 in his past three, most recently losing by submission to Bryce Mitchell at WSOF 33. The 27-year old has respectable power, with 4 KOs in 6 career victories, but it’s unlikely he’ll be able to match McKee’s well-rounded skillset.

Harris (8-0, 5 KOs, 2 SUBs) and Young (5-0, 4 SUBs) are making their Bellator debuts, and somebody will leave with their first career loss. It’s a classic striker vs. grappler matchup, and both men are young fighters who have a chance to make a big impression for the world’s No. 2 MMA promotion. 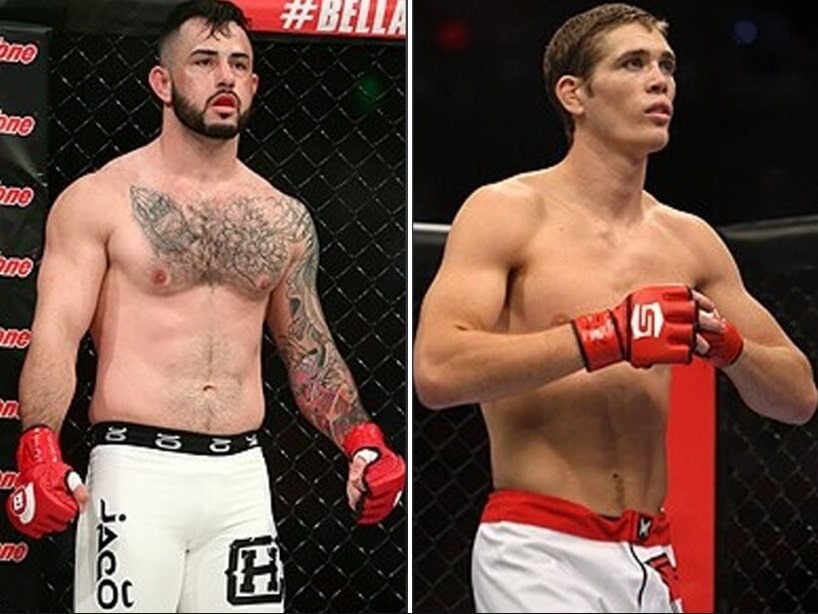 The advantage here goes to Harris, who has some skills on the ground. On the other hand, Young doesn’t look comfortable with his standup, which is a problem since every round starts on the feet.

For more MMA betting previews and to bet on fights, be sure to check out our Live MMA Odds Comparison Page