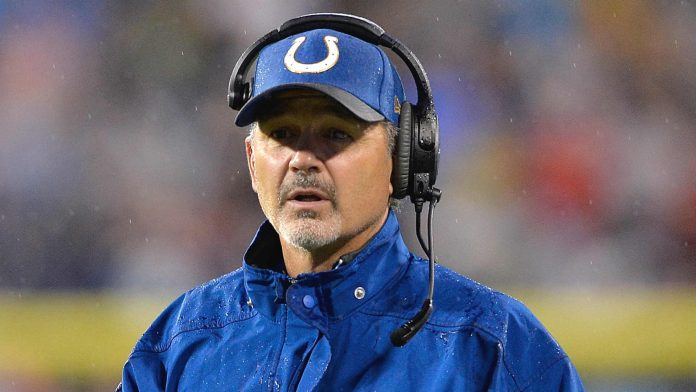 There’s always plenty to be thankful for as an NFL fan around the holidays. This year, the football on Thanksgiving Day is going to be fantastic, and the competition to get into the playoffs in both the NFC and the AFC is as tight as you could ever imagine.

However, right after Thanksgiving comes the Christmas preparations. Though December might be the most wonderful time of the year, it’s a dreadful time for coaches who are leading losing football teams.

Over the course of the last two seasons, there have been 11 head coaches who have been fired. There are sure to be more coming between now and “Black Monday” after Week 17.

BookMaker.eu has put the line on 5.5 teams who will have new head coaches in the 2018 regular season.

For some context, BookMaker has also released odds on the first head coach to be fired this year. Five men, Chuck Pagano, Ben McAdoo, Hue Jackson, Todd Bowles and Marvin Lewis are the favorites to get the sack first while the field comes in at a price of 30 to 1.

Pagano and McAdoo, +120 and +150 choices respectively, are the ones sitting on the hottest seats at the moment.

The situation in Indianapolis was always tenuous due to the fact that most believed Pagano should have been fired last year (and two years ago!). The Colts have done nothing but go backwards ever since Bruce Arians left for Arizona, and not having Andrew Luck this season may as well have been the final nail in Pagano’s coffin.

McAdoo feels like he should be given a bit of a pass for this year, and perhaps he would have gotten away with it coaching in a smaller market. But everything is magnified when you do anything in New York, and McAdoo is getting the brunt of the sports media in the Big Apple for the way his Giants look like they’ve given up on the season.

No one is going to remember that McAdoo led this team to the playoffs last year, nor will anyone care that this roster was poorly assembled in the first place and really fell apart when all three of Odell Beckham Jr., Brandon Marshall and Sterling Shepard went down with injuries one right after the other.

With all of the talk of coaches getting fired, there is plenty of chatter to go around about the coaches who will fill these vacated spots. Just as Chip Kelly has his name dangled around every time there is a new high-profile college job that opens up, Jon Gruden is always being rumored to take every football vacancy that is out there.

Though Gruden is a popular name to connect to a number of jobs, BookMaker.eu isn’t buying it. The Monday Night Football commentator is a +600 choice to take a head coaching job in 2018. BookMaker is accepting wagers on whether Gruden will be a head coach in the NFL or in college football with both lines set at +600.

How Many NFL Teams Will Have a New Head Coach in Week 1 of the 2018 Regular Season?

Will Jon Gruden Be a Head Coach in College Football in 2018?